Today, the drug price regulation or control policy in the Philippines is exactly three years old. It was implemented August 16, 2009. No cake nor cigar for this wrong policy.

Yesterday, I attended an emergency meeting of the Advisory Council for RA 9502 (Cheaper Medicines Law) at the DOH. There were some proposals to impose a maximum retail price (MRP) on doxycycline, a drug against leptospirosis, a common disease during heavy flooding that submerge thousands of houses for hours or even days.

Here is the background as I gathered during the meeting and in small talk after. During typhoon Ondoy (see  Climate stupidity 18: Warming causes more storms and less storms, Typhoon Ondoy Photos) three years ago, and in other severe flooding after that, several people died due to leptospirosis, an infectious disease coming from animals, especially rats' urine that mix up with dirty water and enter the human body via the mucous or wound or infected drinking water.

Once untreated, the virus can cause first flu-like symptoms (fever, chills, headache, etc.) later on meningitis, damage of the liver or other internal organs, and later, can result in death. The DOH was peppered with questions if not blame, during the leptospirosis outbreak then. So this time, before any outbreak would show, the DOH wanted to be ready. 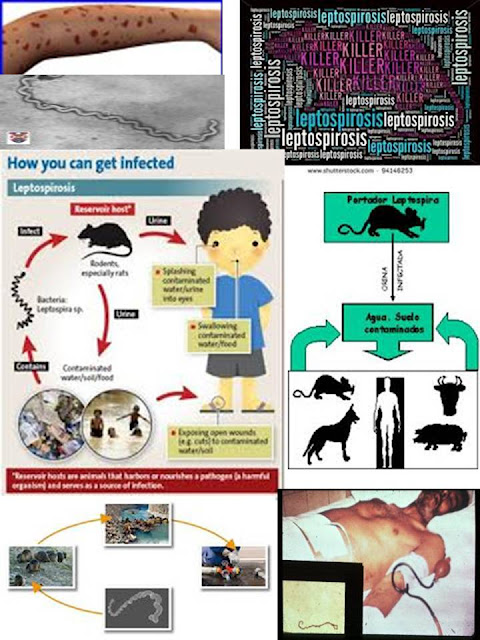 So during the heavy flooding last week caused by southwest monsoon or "Habagat", then another heavy flooding early this week due to typhoon Kai-tak (local name "Helen"), many people tried to stock up on doxycycline as a precaution. A friend of President Aquino was said to have complained to him why the price of the drug was high, more than P50 or even more than P70 a tablet, when it should be cheap. The President asked the DOH about it.

Then the Director of DOH NCPAM, Dir. Virginia Ala herself got a call from a physician in Marikina, a city that often gets heavily flooded, why the price of doxycycline in Mercury Drugstore was more than P50 when it should be around P10 only. People began to wonder if there was a sudden jack up in the price of doxycycline from around P10 to P50+ or P70+, or even P160+. If that was so, some people suggested to put the drug under price control or MRP.

The DOH wanted to explore other proposals aside from imposing a new round of MRP, hence the need for that emergency meeting. Well, I got the notice of meeting only one day before the meeting, that's how urgent the meeting was for the DOH. I admire the DOH, especially Assistant Sec. (ASec) Madeleine "Madz" Valera for her trust in the inputs of members of the Advisory Council, as well as the consensual nature of the Council.

The meeting was initially chaired by former DTI UnderSec. and now PITC President, Ma. Lourdes Baua. DTI is the co-chair of DOH in the Advisory Council. PITC is an attached agency of the DTI. Then ASec Madz came to preside as Ms. Baua went to another meeting. She just came from a meeting with DOH Sec. Enrique Ona, and was later called out again for another meeting with the Secretary.

I noted during the meeting that the date was rather good as it was (almost) the 3rd year anniversary of MRP implementation. Dr. Rustico Jimenez, the President of the Private Hospitals Association of the Philippines, Inc. (PHAPI) noted that it was the DOH or other government agencies themselves that alarmed the public about leptospirosis and hence, alarmed the need for doxycycline. In his observation, more people died of pneumonia, gastro enteritis, other diseases during and after flooding than lepto. ASec Madz said that it might be true, but many people are at risk of lepto due to the rather high number of casualty from the disease in previous flooding. 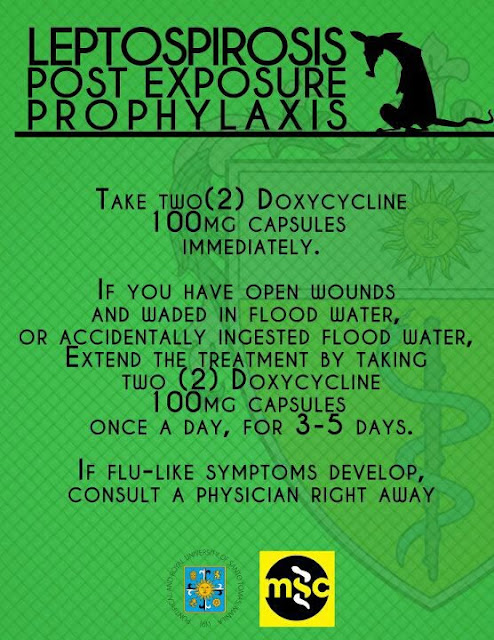 There were several suggestions that came out on what the DOH should do to limit public alarm over lepto and other water-borne diseases. The DOH observed that many individuals and civil society groups were distributing medicines to flood victims especially in evacuation centers. The DOH suggested that since non-rational use of medicines (RUM) is becoming common, like not all people can take a particular medicine for a specific disease, medicines donation should as much as possible be coursed through its central office, its provincial offices and attached hospitals.

I suggested during the meeting that since many people would give their donations to civil society and charity organizations than to government, call it distrust of government in one way or another, medicines donation should be done with the presence of health professionals for proper dispensing to patients. Doxycycline for instance should not be given to pregnant women and children, especially those below eight years old.

Reiner Gloor suggested that in times of emergencies, if it is possible that drugstores can give the doxycycline and PhilHealth will reimburse later. I don't remember what the guy from PhiliHealth said in reaction to this. But  for members who are qualified for the out-patient benefit package, I think this is possible and a good proposal. If a member is kept out of hospital, takes medication and recovers at home, PhilHealth spending will be lower and hence, it will benefit.

So if people will suggest imposing drug price control, they would most likely be targeting Vibramycin. But why would people insist on vibramycin with its almost P170 price per capsule, when other brands at a much lower price, P49 or P5 or even P2 are available. Although I think that the P2 drug would have been snapped up by some hoarders, to be sold at a higher price via black market in still submerged towns and villages in Laguna or Cavite, Bulacan, Pampanga, Bataan, etc.

A note on groups that oppose and support the MRP policy...
As far as I can recall in previous Advisory Council meetings, those who are explicitly against government drug price regulation or control are: