No tropical cyclone or storm yesterday and today, just plain heavy rains due to southwest monsoon affecting so many provinces in the country. Some photos below, mostly from the facebook wall of "24/7 Cool and Smooth Rhythms." 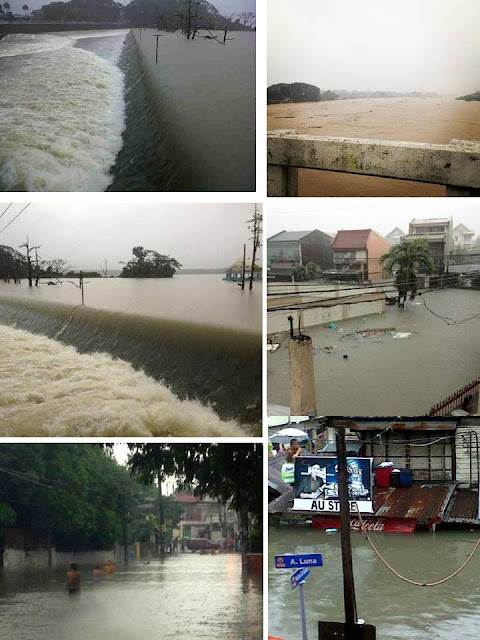 The University of Santo Tomas (UST) center field. Other photos below in front of Manila City 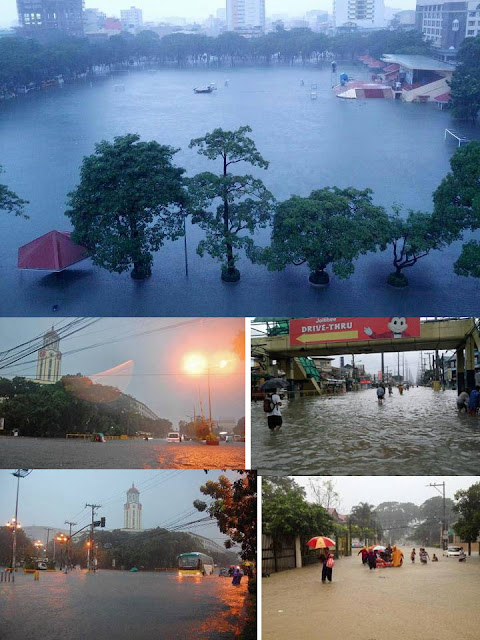 SM Bacoor in Cavite, not far from Manila. 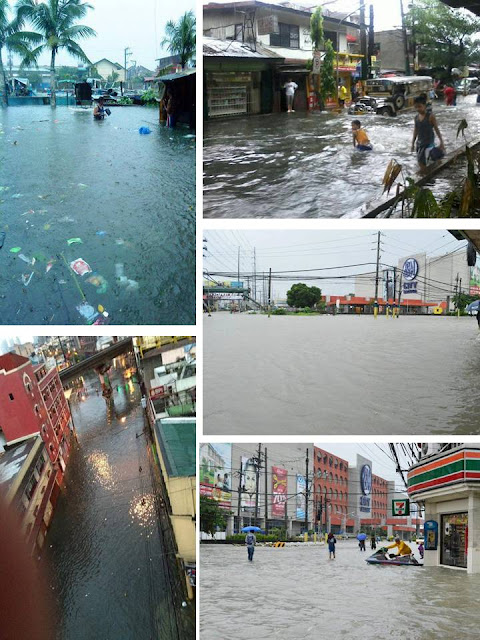 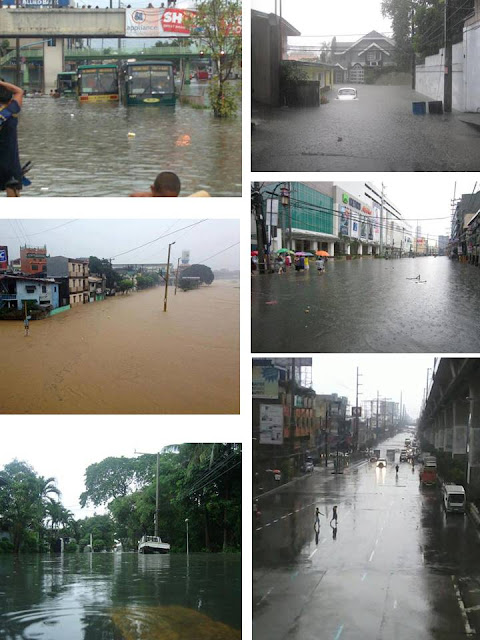 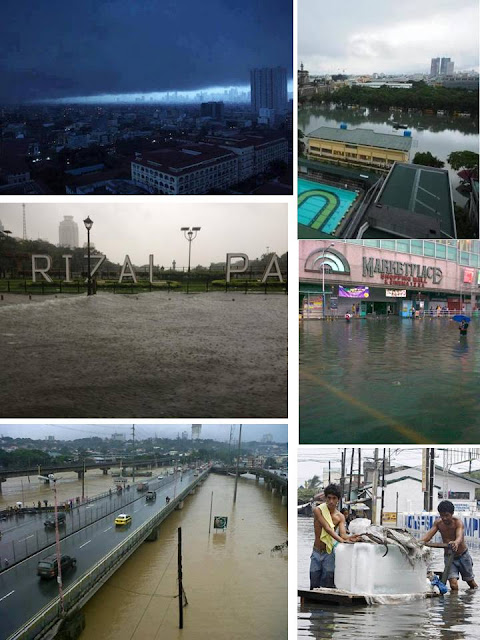 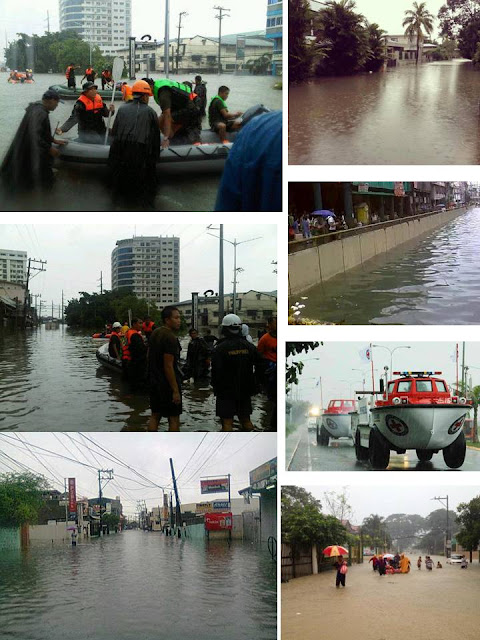 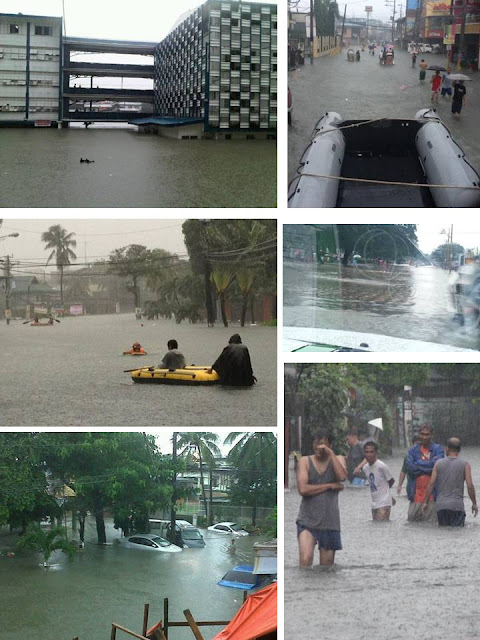 Las but not the least, Filipinos always manage to smile even in times of disaster. The photo of a croc, I posted in my fb wall, "A member of the House of Representatives was missing in a flooded street, good Samaritans found him :-) "  It got lots of likes and shares, hahaha. 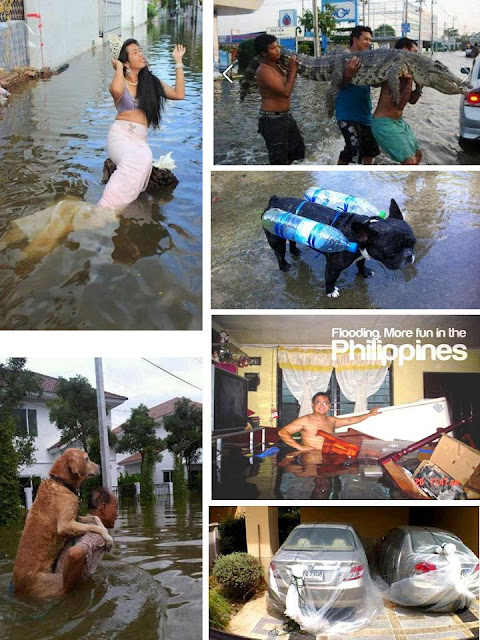 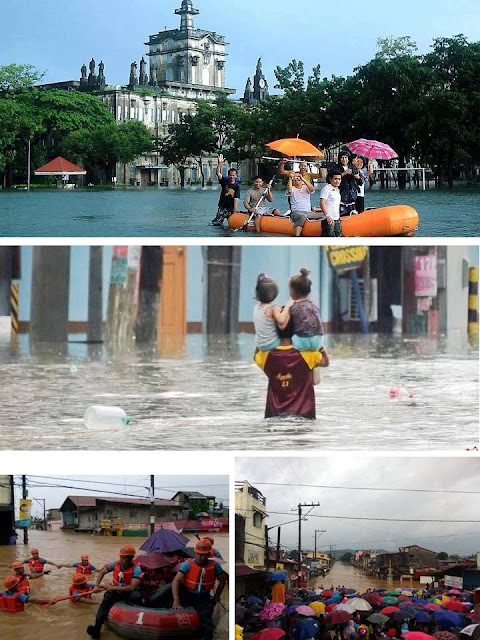 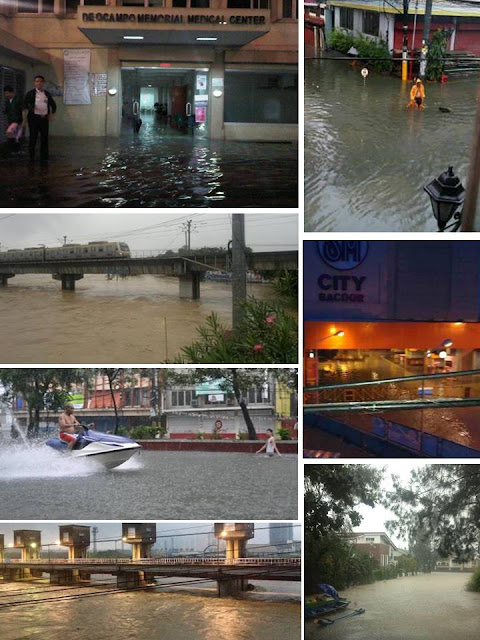 Photos from a friend in Rotary, Jane Lobos, near their house in Paranaque 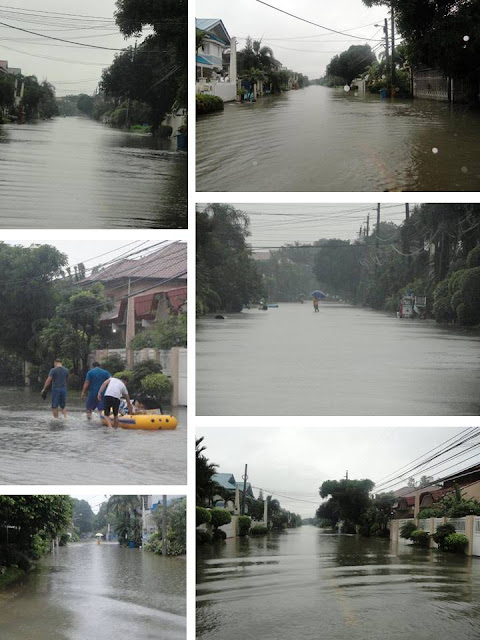 From another friend, Patty Soliman, in their previous residential area, Katarungan Village, Antipolo. 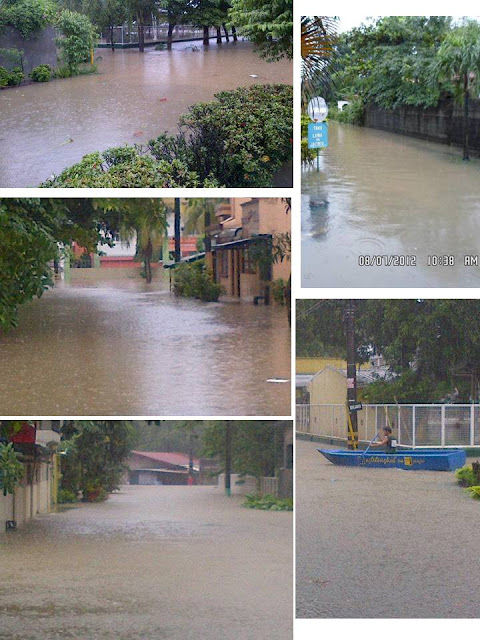