* This is my article yesterday in TV5's news portal,
http://www.interaksyon.com/business/39513/fat-free-economics-population-decontrol-not-rh-bill
--------- 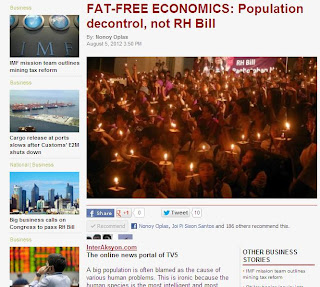 A big population is often blamed as the cause of various human problems. This is ironic because the human species is the most intelligent and most innovative among the existing species in the planet. People are assets, not liabilities.

In the never-ending debate on population, many people do not look this way. They think that humanity is a voracious species that tends to over-consume and over-exploit existing resources of the planet, resulting in unsustainable use of such resources, if not “destruction” of the planet as claimed by the anthropogenic global warming (AGW) or “man-made climate change” campaigns.

Below are some news reports and data pointing at this misplaced argument.

Paul Ehrlich was a famous biologist from Stanford University who gained prominence in the 1960s-1970s, giving the most alarmist, the most desperate view of the world as a result of rising population and its impact on overuse of natural resources. He was the Thomas Malthus reincarnated during those decades.

In February 1968 for instance, he predicted that within seven years or by 1975, mass starvation would happen, with up to “500 million” starving in the next few decades. In 1969, he proposed "sterility drugs in reservoirs and in food shipped to foreign countries..." Sterilize the world, especially those in poorer countries, to avoid a scenario that he concocted. 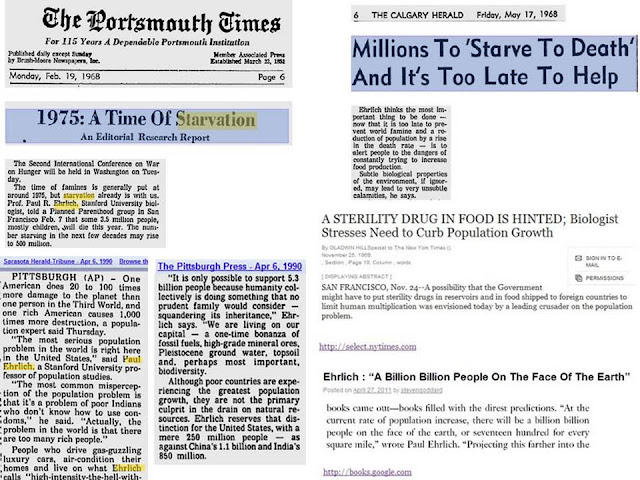 In the famous paper, “Population, poverty, politics and the RH bill” released by faculty members of the University of the Philippines School of Economics - my alma mater and many of the authors there were my former professors - this table was among those presented:

Then in a presentation during the Philippine Economic Society annual conference held in November 2011, the president of the Philippine Institute for Development Studies and also a friend, Dr. Josef Yap showed this table:

Many other studies by other groups and research institutes showed the same argument, that a big population means more poverty and that smaller households tend to be non-poor.

A contrary perspective can be formulated based on the same sets of data. One is that the smaller households (between 0 to 2 or 3 kids) have higher income and higher productivity because both parents or guardians can work; they have a nanny, a helper, a family driver, etc. The "excess population due to unwanted pregnancies" from bigger and poorer households have allowed the middle class and rich couples to spend longer time in their work and offices. They can attend parties and meetings even late at night and weekends because someone else is taking care of their young kids and the house.

There was this media personality who was so gung-ho about the RH bill who said that "the relationship between population size and poverty is well established." I replied to her tweet and argued that "So China, India, Brazil, Indonesia are poor, while small population countries like Guyana, Bhutan, Timor, Botswana, Namibia are rich?" She did not reply. She cannot because such causality is questionable if not absent.

From the arguments of the groups who say that bigger household size means more poverty, their solution is that to fight poverty, human population, the poor more particularly, should be limited. Population control in short.

In the on-going debate on the Reproductive Health and Responsible Parenthood Bill, House Bill No. 4244 has the following provisions:

SEC. 7. Access to Family Planning. All accredited health facilities shall provide a full range of modern family planning methods, except in specialty hospitals which may render such services on an optional basis.

SEC. 20. Ideal Family Size. The State shall assist couples, parents and individuals to achieve their desired family size within the context of responsible parenthood for sustainable development and encourage them to have two children as the ideal family size. Attaining the ideal family size is neither mandatory nor compulsory. No punitive action shall be imposed on parents having more than two children.

Many advocates of the RH Bill deny that it is a population control measure. But those two sections are clear. Modern contraception should be made available to the poor for free. The number “two children as ideal family size” is very suggestive. There is no penalty but as much as possible, couples should have only two children whenever possible.

If many poor households would follow this government advice, the population will taper if not decline after sometime. This is because many people now remain single and have no kids. Some couples also have no kids whether by choice or biology. Then death due to accidents or natural disasters or human folly would further cull the population.

It is not advisable therefore, to encourage couples, the poor in particular, to limit children to just two or three. To sustain economic growth, the country’s population should remain at its current rate. Here is one reason why.

Early this year, CNN’s business blog posted this article about an HSBC report on the World’s top economies in 2050 will be... The report showed that by 2050, the Philippines will leapfrog 27 places to become the world’s 16th largest economy. Numbers represent change in global rank in the size of gross domestic product by 2050 compared to their 2010 rank.

A few big population countries are projected to slide down in global rank, but only in very small increments: US (-1), Japan (-2), and Germany (-1).

Why is this so? Simple: people are assets, not liabilities. A bigger population means more workers and more entrepreneurs; more producers and more consumers.

But the poor will remain underprivileged if the government will not help them, the pro-RH camp claims. Not true. On the contrary, the poor will be able to uplift themselves if there is little or zero government bureaucracies.

The number of business registration or renewal procedures remains high. An entrepreneur who plans to hire more workers have to endure various bureaucracies like barangay permit, health and sanitation permit, fire department permit, mayor’s permit, Department of Trade and Industry and Bureau of Internal Revenue permits such as these: 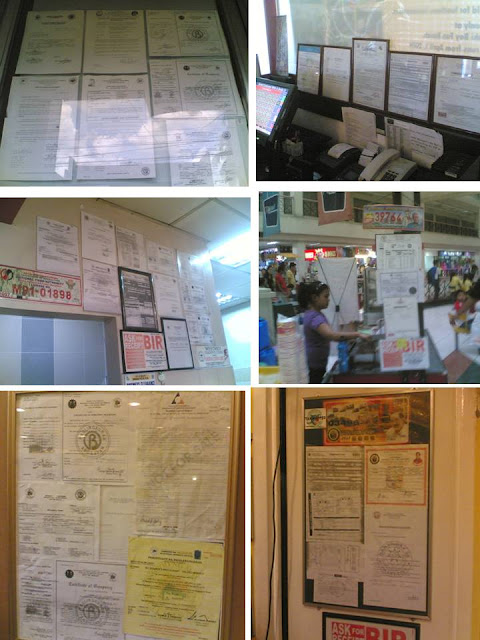 If the poor cannot properly comply with the complicated and rising bureaucracies and proceed with their micro-businesses, then they become prone to harassment or extortion by local governments and the police, such as the following: A mango vendor whose products were confiscated by barangay officials for some flimsy reasons (upper photos); a coconut or buko kariton confiscated by city hall trucks for lack of a permit (middle photos); and other ambulant or sidewalk vendors subject to harassment or extortion by the police or LGU (lower photos). 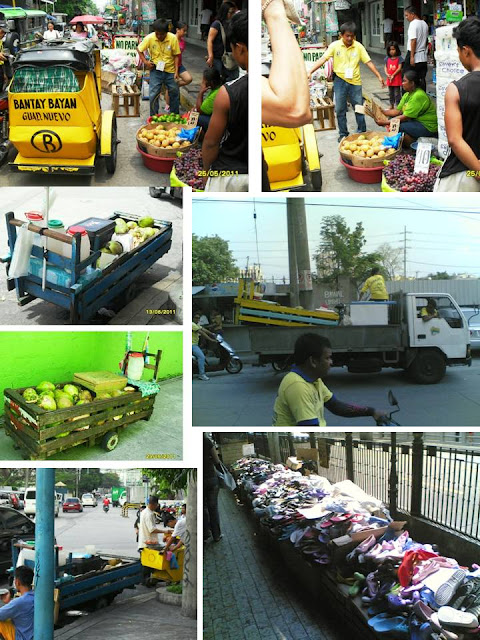 The point here is that many poor people have the aspiration and energy to improve their lives, to escape from poverty on their own, if only government will allow them by (a) removing the various business bureaucracies, taxes and fees imposed on them, and (b) reducing the welfare dependency and various entitlements mentality.

People are assets, not liabilities. This should be the “default mode” in looking at them. The real liabilities – criminals – should be apprehended. That is the most important function of government: to promulgate the rule of law, to protect private property rights, to protect citizens from bullies and lawless elements, to institute a fair and credible justice system.

By blaming people and large family size, the government and population control advocates are skirting the bigger issue of state failure in doing its primary function.
------------

"A contrary perspective can be formulated based on the same sets of data. One is that the smaller households (between 0 to 2 or 3 kids) have higher income and higher productivity because both parents or guardians can work; they have a nanny, a helper, a family driver, etc."

there should be a way to check your alternative story.

arrange HHs into income bins, and then look at the distribution of HHs within bins.

if you are right (and i think no one would deny it), then higher average income, leads to lower average number of kids per income bin.