Almost all classes in Metro Manila and surrounding provinces, from pre-school to university levels, have been suspended this afternoon. Many were also suspended this morning. But the bigger news was the huge storm surges in Manila Bay, pushing huge waves up the sea wall and again, flooded Roxas Blvd. this morning. And again, the US Embassy was closed, staff were evacuated -- something that all the anti-US and anti-government street demonstrators, all the forces of the rebel NPAs, could not do. 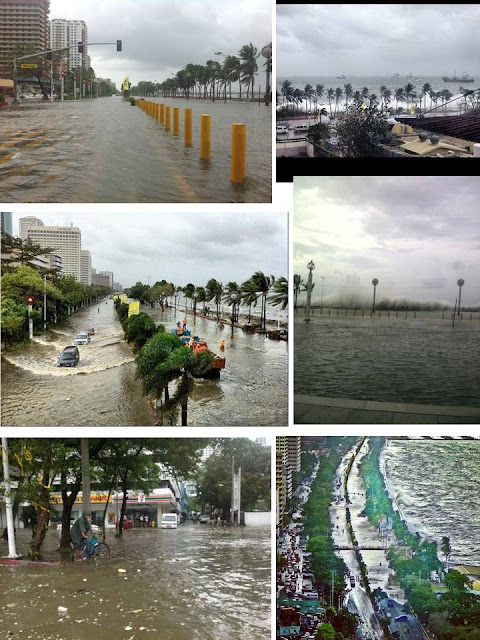 Some satellite pics of the path of storm Gener, and the new low pressure area (LPA developing south of Manila. 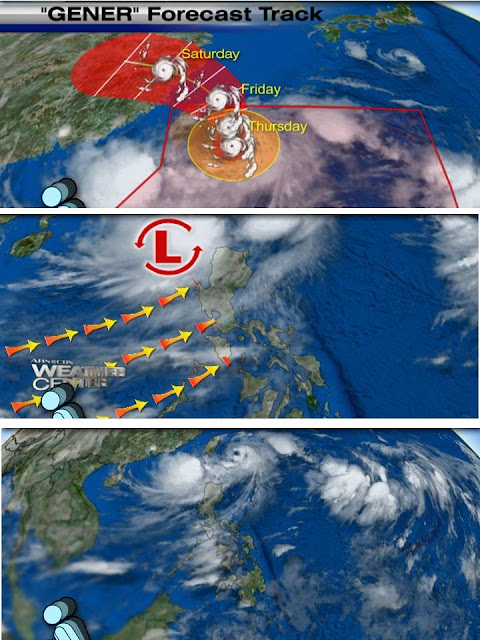 More photos of the flooding the past two days. Most of these photos I took from the ANC facebook photos, a few from interaksyon.com. None of them came from my cameraphone. 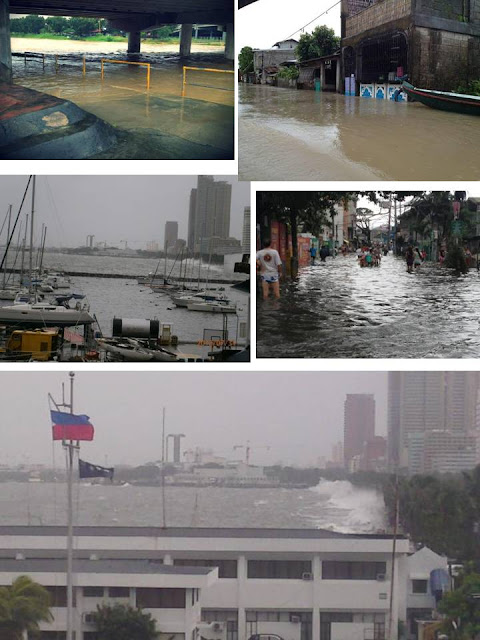 Aftermath of the storm surge in Manila Bay. Tons of solid wastes from rivers, coastal areas and flooded houses washed on shore, were dumped by the huge waves along Roxas Blvd. Lower photos, flooded villages in Marikina, Bataan. 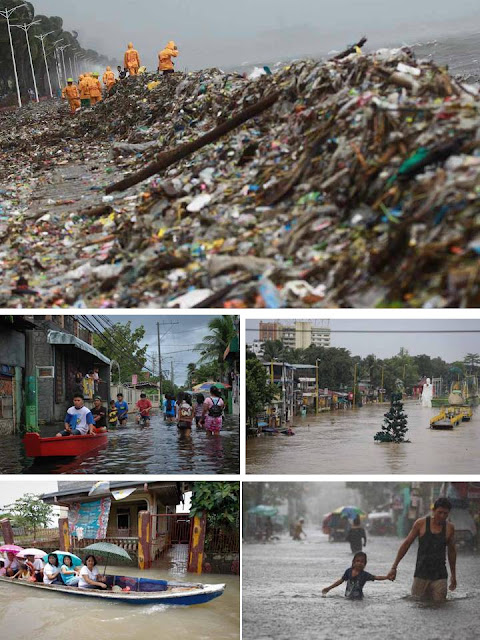 Lesson: Continued climate stupidity, of calling these things as "proof of a warming planet" or "testament of man-made climate change", do not prepare the people for more worse flooding to come, for these things to occur in the coming years and decades. Each phase of global warming-global cooling cycle lasts for several decades, or even centuries.

People are told to prepare for rising ocean, when people should prepare instead for rising rivers and lakes, more frequent. If you have global warming, you should have less rain, less flood, not more; less snow, not more.

The climate and warming racket simply wants to keep fooling and deceiving the people. That way, the oodles of climate money will keep pouring into their pockets.
------------