The recent heavy flooding in Metro Manila and other neighboring provinces resulted to some three million people who have been directly affected. Our Rotary Club of Taguig Fort Bonifacio (RI District 3830), through the efforts of President Rose Antonio, partnered with RC Makati President Reuben Valerio, in distributing food items to victims of flooding in Lower Bicutan, Taguig City, last Friday, August 10. 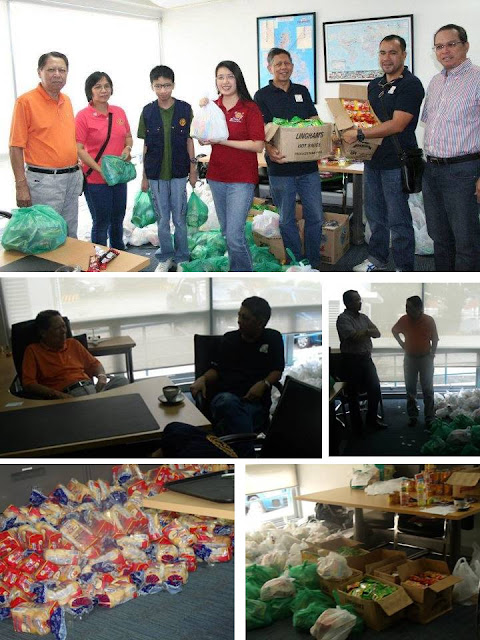 We had a short chat with President Reuben. He said that for their club, money was not a problem as they received lots of cash donations from club members, also from their brother clubs abroad. District Governor-Elect (DGE) Robert Kuan for instance, received a call from his classmate DGE from an RI District in Taiwan and asked how things are in the country. His classmate simply donated $5,000 just for the relief-donations. This is one thing I like in Rotary or other voluntary charity organization, some rich individuals and Rotarians here in the country or abroad have no qualms in digging resources from their own pockets and give away to charity at zero politics, zero taxation, zero coercion involved.

There were four of us from our club, plus President Rose's son and driver. This is her pick up, full of food items for distribution. Eric's car is nice here, small but full of items for donation. I hitched a ride with him. 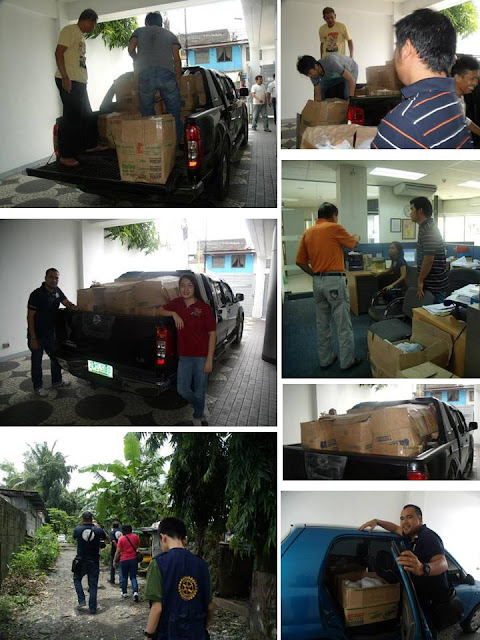 This is the small village in Lower Bicutan that we visited. The floodwater has not receded yet, two days after the heavy rains have stopped. 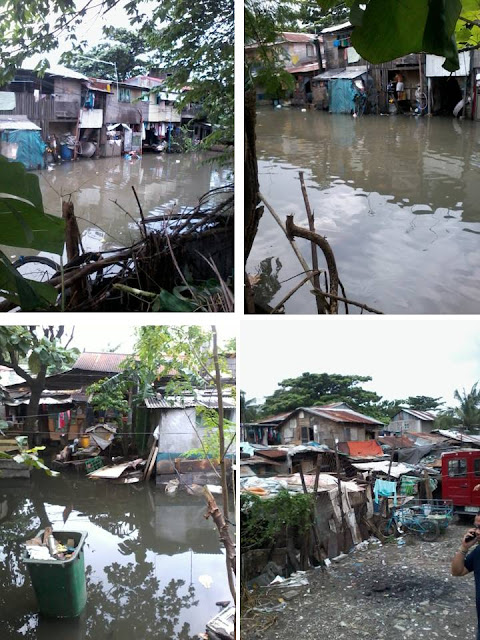 Lower photo, these children are in danger of getting leptospirosis and other water-borne diseases as the water is muddy and dirty. 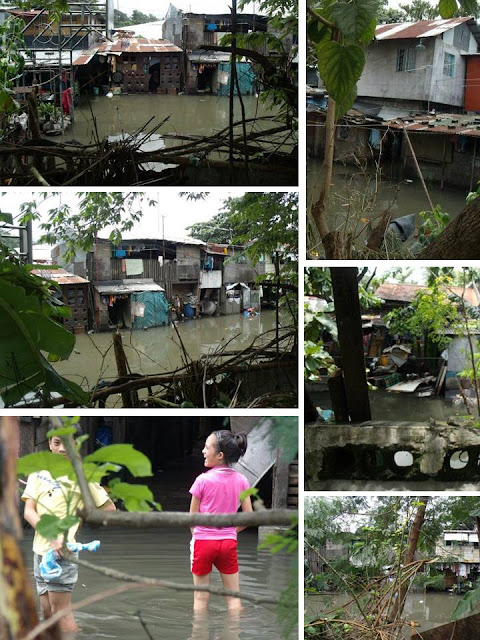 The Barangay Health Worker (BHW), a city hall employee assigned to barangays to provide health and sanitation programs and services, estimated that there were less than 100 households in this area. The food packages we brought were just enough for them. Plus extra food packages for other affected families outside of this small village, delivered at the BHW office. 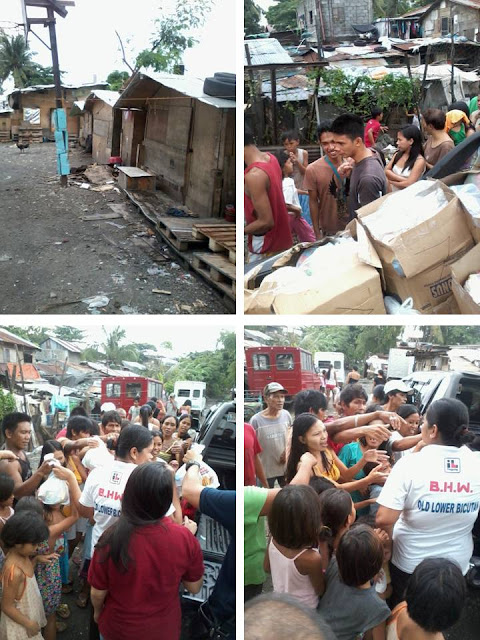 We were done distributing the goods in about 20 minutes. Thanks to my club, thanks to Rotary Club of Makati. We have done our small share in helping the flood affected families.

More volunteerism and civil society role, that is what we need in building a peaceful and dynamic society. Not in having more government, more coercion.
----------