One of the key questions to discuss was, what do you think of the sessions and topics the previous day. For new faces participants, the immediate questions of course were the names, institutes or groups in their countries, what they are doing, and so on. 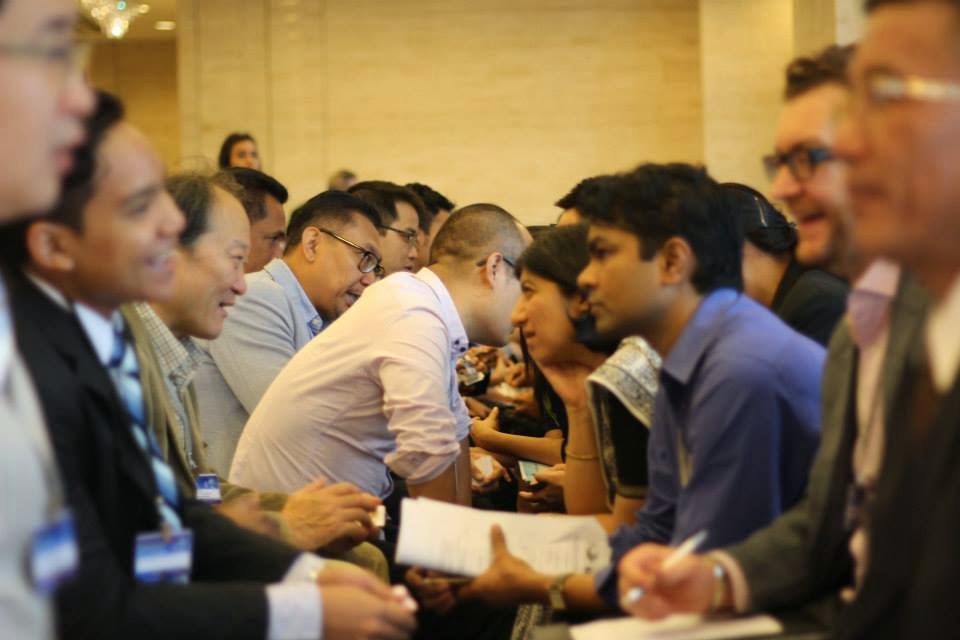 Not enough time to spare, the speed dating was stopped after several rounds and the hosts asked for volunteers what they can share from this experience. I was among those who volunteered and I said that while I agree with Dr. Razeen Sally's conclusion the other day that the "good news" is that materially and healthwise, we are better off today compared to our predecessors a century or many decades ago, I disagreed with his "bad news" that continued restrictions and bureaucratism by many governments may also limit and restrict innovation and individual freedom. I think that freedom has already gained enough momentum that as governments regulate more, tax and control more, civil society and average individuals will resist more because they are better informed, better networked with other friends and sympathizers around the world, thanks to modern technology and social media.

I shared this opinion to the  participants that I talked to during the speed dating, so far many of them agreed with my observation. 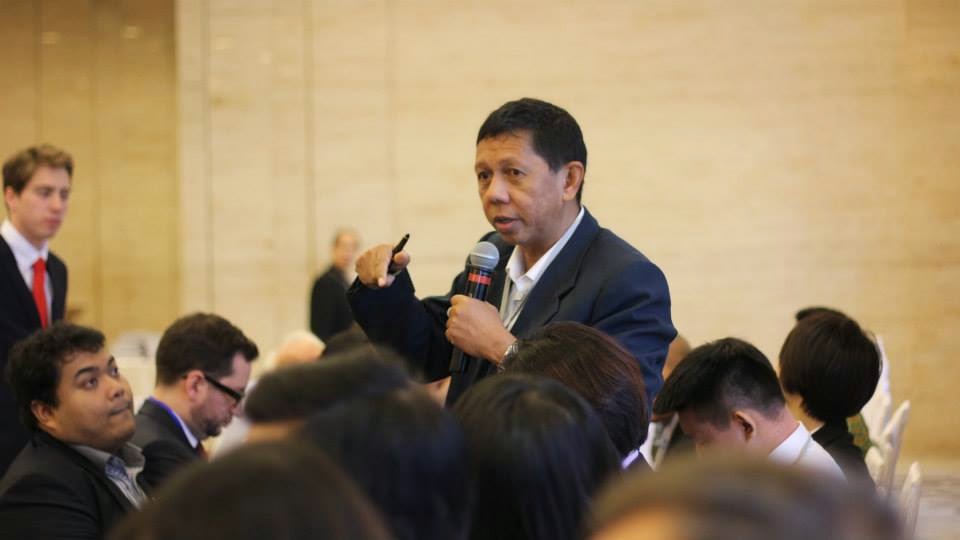 Fred McMahon of Fraser Institute (Canada) was one of the other guys who volunteered to share. 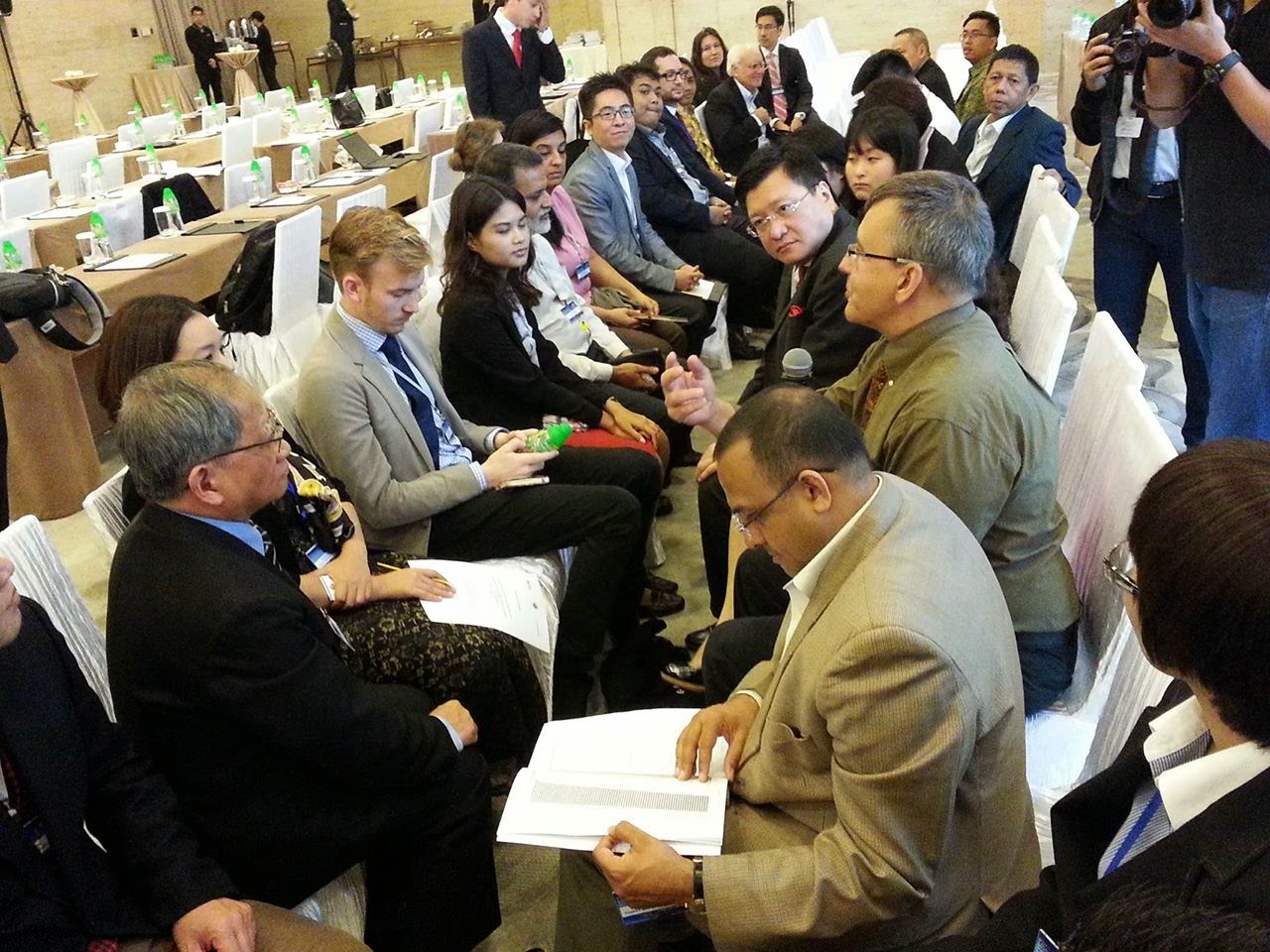 The next session was a Keynote speech by Tom Palmer of the Atlas Economic Research Foundation (USA). He talked about "radical equality" and that is equality before the law. He also criticized Thomas Pikkety's book and his arguments for more forced equality. That we should work for a world where the poor can  rise up instead of tearing down and demonizing the rich.

The next panel was a special session launching the South East Asia Network for Development (SEANET) initiated by IDEAS in Malaysia. Wan Saiful Wan Jan, IDEAS CEO introduced and moderated the panel. Speakers were the young President of IDEAS, Yam Tunku Zain (left) and Kriengsak Chareonwongsak of the Institute for Future Studies for Development in Thailand (right). Dr. Kriengsak focused on the potentials of the ASEAN Economic Community (AEC) coming by the end of 2015. 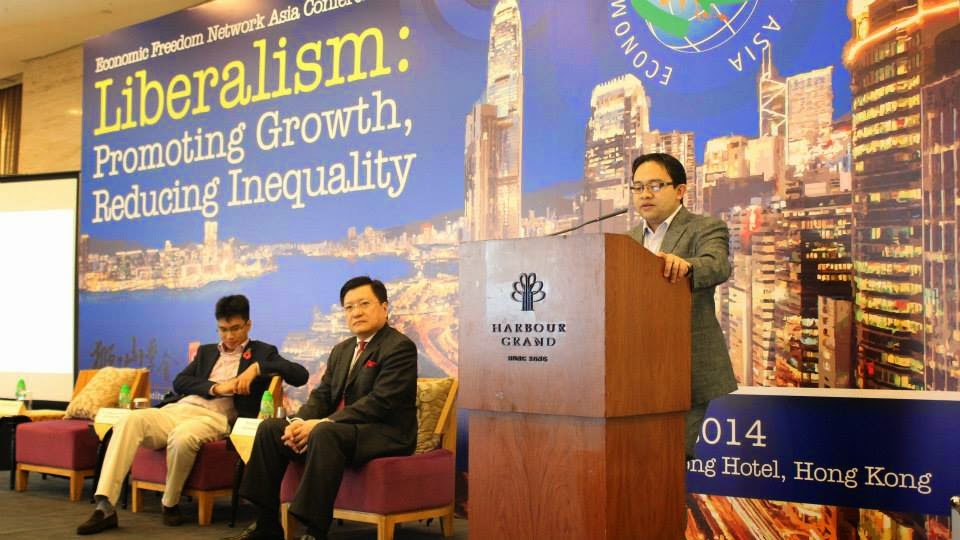 Then delegates and participants of the Council for Asian Liberals and Democrats (CALD) and Liberal International (LI) came and joined us for the special EFN-CALD session. 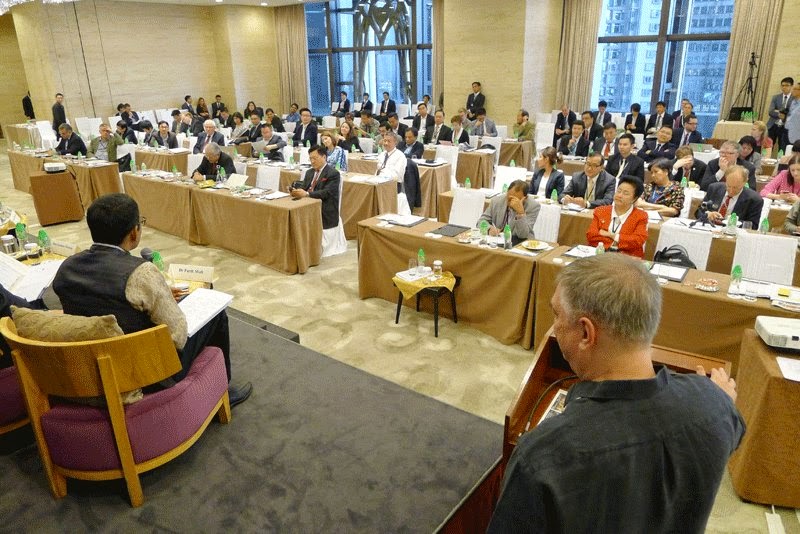 Opening speeches were given by Dr. See Soon Juan of the Singapore Democratic Party, Bill Stacey of LRI, Markus Lonning, a former German Federal Commissioner for Human Rights, Olaf Kellerhoff of FNF Asia and Human Rights Department, and Emily Lau (below) of the Democratic Party of Hong Kong. She is a very articulate, warm and passionate speaker and she shared her experience when she and other leaders were arrested by the HK government for many hours and the protesters were teargassed by the HK police. It was the first time that I heard her and I became an instant fan of her. 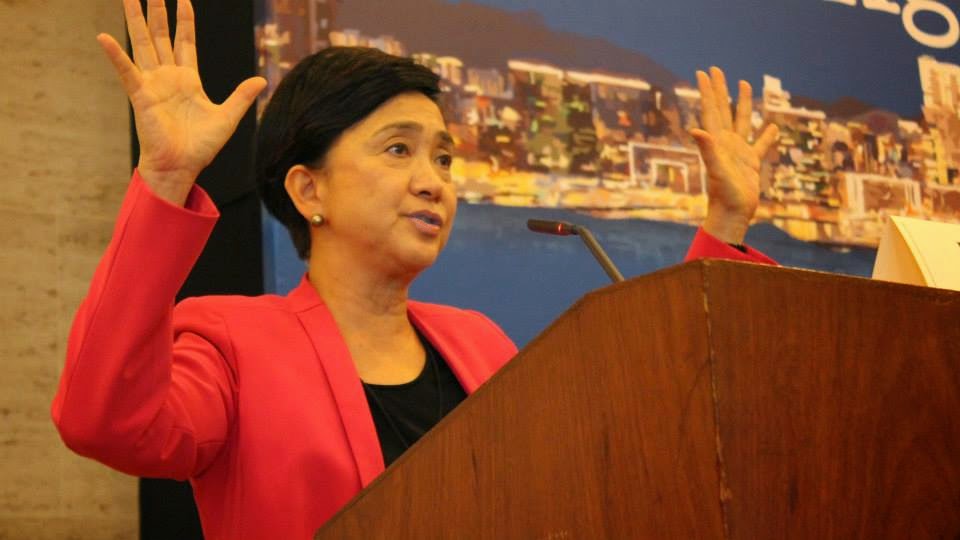 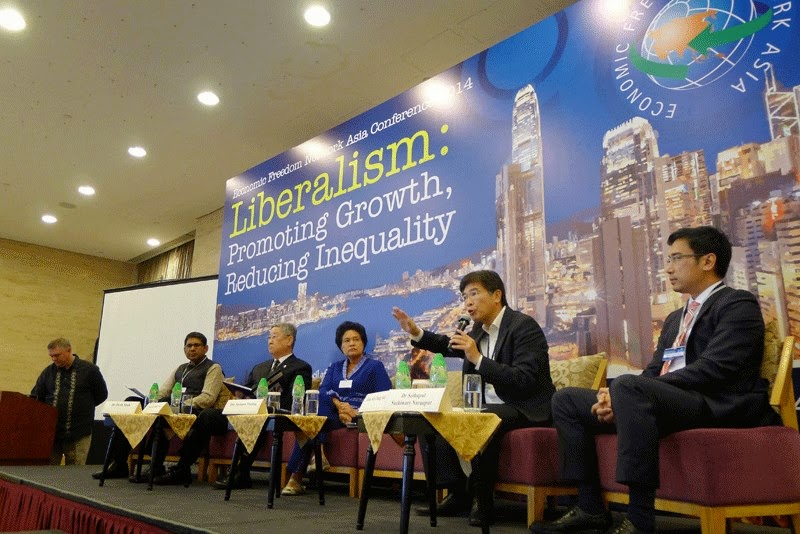 A group photo before we went to the HK Legislative Council (LEGCO) for a tour and meeting by some delegates. Then a dinner gala sponsored by FNF and LI.

Good conference and networking, as usual. Thanks to EFN and FNF.
That night there was a farewell gala dinner. Here with Martin Lee, a known HK opposition politician along with Emily Lau, others. With Tony Abad of FEF in this photo. 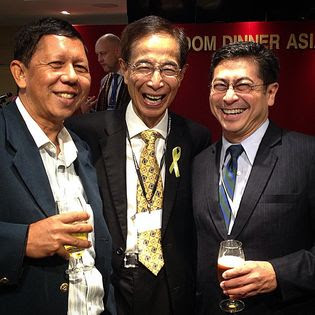 
reducing inequality is not a prime concern of liberalism, reducing poverty is. the reduction of inequality might be a side effect of liberal policies promoting growth, but there's no guarantee. to GUARANTEE a reduction of disparities you would need massive state intervention. this would undermine the prospects for economic growth and we know that the less state intervention we have, the better the prospects for growth. and we know that economic growth in most cases leads to a reduction of poverty. this is what empirical research tells us. Like this one. 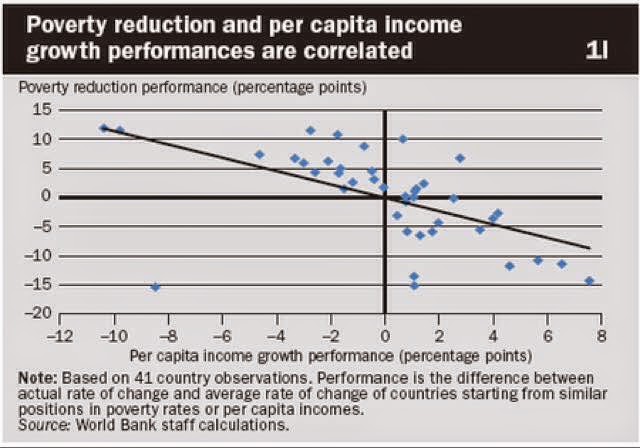 Amen to Stefan's observation. I highlighted in my brief talk during the Asian Cafe on Day 1 of the conference, that it is not inequality per se that is the problem, but the condition of the poor if they have not risen up after decades of economic growth, especially in fast-growing economies in Asia. I will discuss that in my next blog post.