The Lion Rock Institute (LRI) held its 10th year anniversary Dinner Gala last November 06, 2014, at Harbour Grand Hong Kong, the same venue for the EFN Asia Conference 2014. Among the most memorable photos for me that night is this. From left: Parth Shah, President of the Center for Civil Society (CCS) in India, Andrew Work, co-founder of LRI, HK, me, and Barun Mitra, founder and Director of Liberty Institute, India. 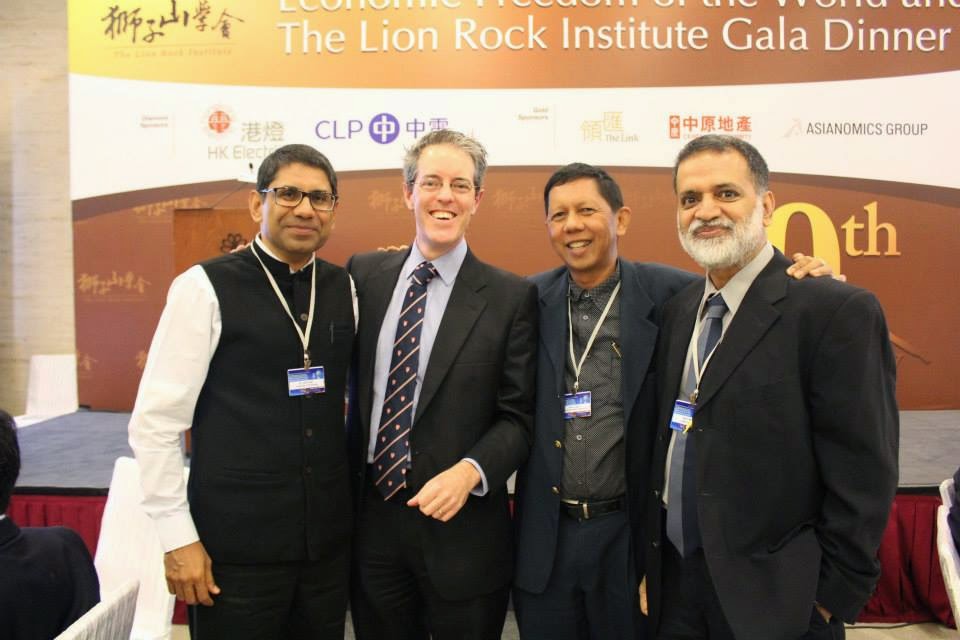 Parth, Andrew and me were batchmates at the "Mackinac Leadership Conference 2004", held in April 2004 at the Mackinac Center for Public Policy in Midlands, Michigan, USA. More than ten years have passed and we are still around  fighting for free market, free trade, limited government, rule of law, individual freedom and personal responsibility.

Minimal Government (MG) was only one month old and LRI was possibly two-three months old then. I and Ellen Cain of the Foundation for Economic Freedom (FEF), Andrew and a few others, were granted an International Fellowships by the Atlas Economic Research Foundation. So  it was my first exposure to the international free market movement. Thanks to Atlas and Priscilla Tacujan who recommended us to Atlas.

Our batch photo, 10 years and seven months ago at Mackinac Center. 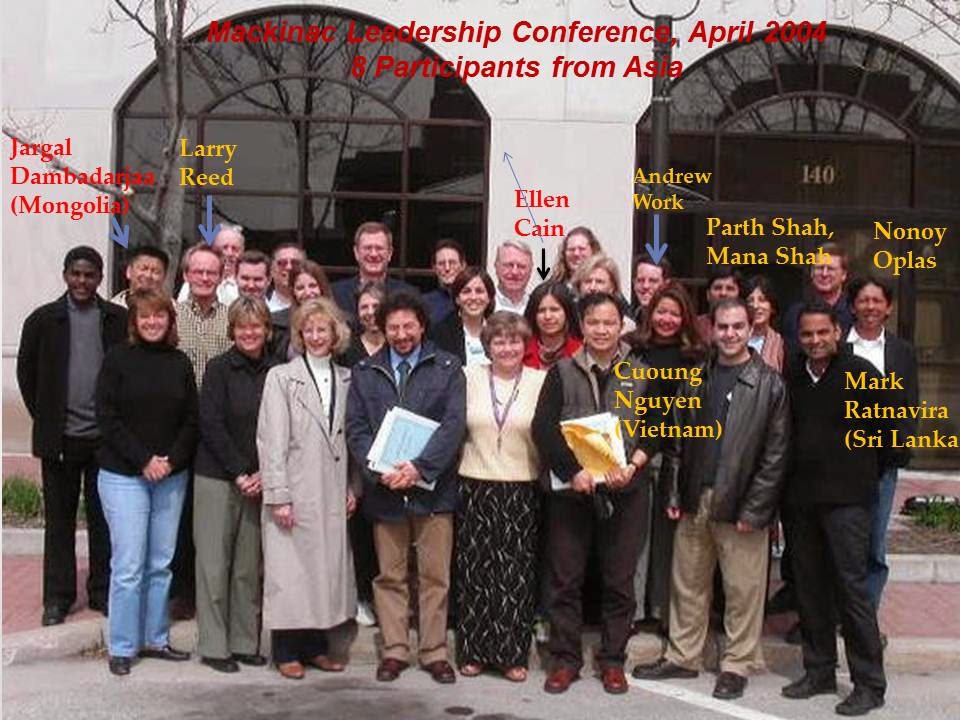 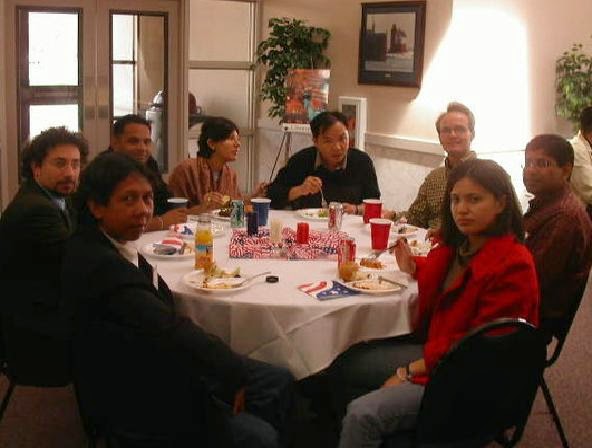 After Mackinac, we went to Chicago to attend the Atlas Liberty Forum, April 2004. I shared a room in the hotel and my roommate then was Barun Mitra! Barun is perhaps the most veteran (and most prominent) among all Asian free marketers, having been in the movement for about three decades now. When I was still a socialist and a great fan of Marx, Engels, Lenin and Trotsky in the 80s, Barun was already spreading the ideas of Hayek, Mises, Ayn Rand, Friedman, among others. 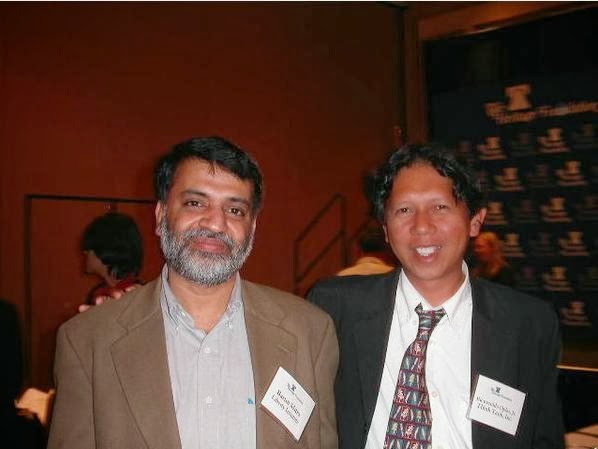 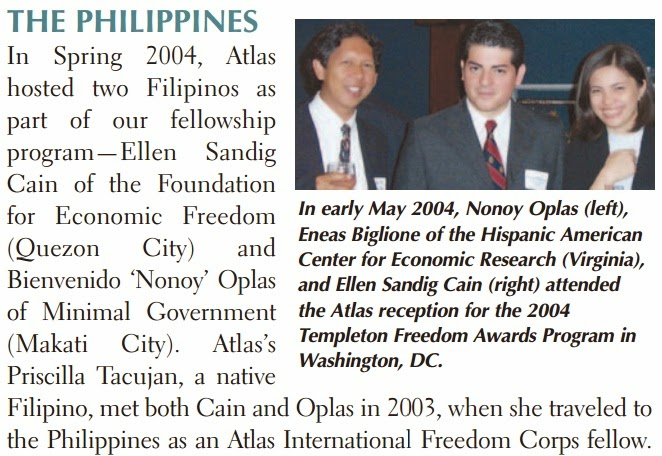 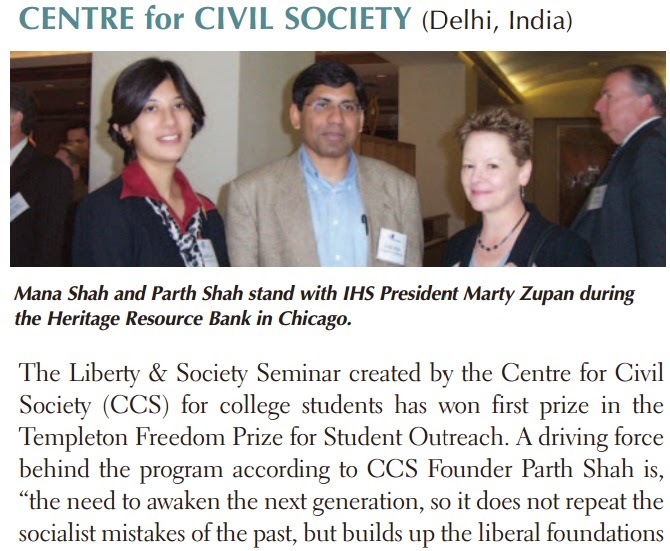 After the event in Chicago, we went to Virginia, stayed at the Atlas staff house in Fairfax and we started meeting various market-oriented think tanks and research institutes in Washington DC, Arlington, etc. I came back after a month, May 2004.

In October 2004, the Economic Freedom Network (EFN) Asia conference was held in Hong Kong. LRI was part of the team who helped organized it of course. Out of the eight Asian participants who went to  Mackinac, six of us went to HK as well. From left: Cuoung, Joe Lehman, Ellen, Jargal, Parth and me. Andrew was there of course but we could not  find him as he was moving around when we assembled for this photo. 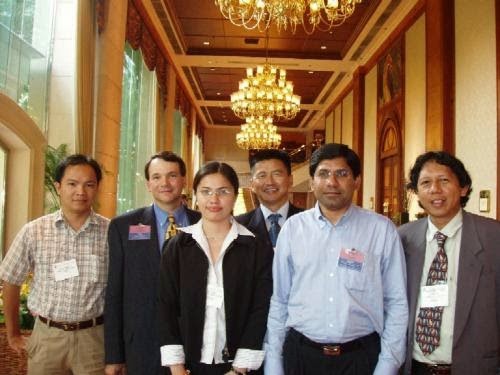 The group photo of the EFN 2004 conference. Taken from the Atlas 2004 report. 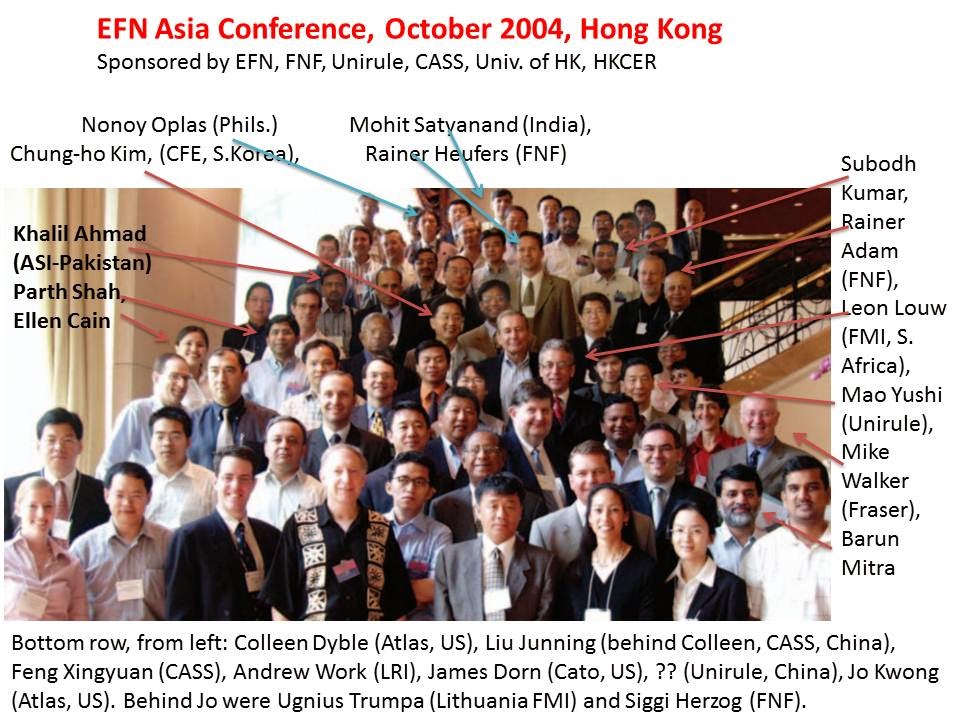 Thanks to Atlas, thanks to EFN and the Friedrich Naumann Foundation for Freedom (FNF), for their support to advocates and fighters for limited government and free market in Asia.
------------