The Institute for Democracy and Economic Affairs (IDEAS) has launched a new project last October 30, 2014 in Kuala Lumpur, the Southeast Asia Network for Development (SEANET). Its main goal is to promote economic liberalisation in the ASEAN


IDEAS is a famous free market think tank in Malaysia and in ASEAN and SEANET will be its regional centre focused on helping the development of ASEAN nations through the adoption of market friendly, less government intervention policies.

The network is envisioned to work with policy makers and opinion leaders in ASEAN nations on its three pillars: property rights, freer movement of goods and people, and inclusive growth. SEANET will do this by producing research and publications, engaging local and regional media, conducting public education through effective open and closed door meetings, and organising training programmes for emerging leaders from ASEAN countries.

ASEAN has more than 600 million people and it has the third largest labour force in the world, behind China and India. Foreign direct investment (FDI) in ASEAN has expanded since the 1997 Asian financial crisis. The ASEAN-5 (Indonesia, Malaysia, Philippines, Singapore and Thailand) in particular attracted USD128 billion in fFDI compared to China’s USD117 billion in 2013.  Clearly ASEAN is an important and growing region.  SEANET aims to help policymakers make ASEAN into one of the world’s most diverse, fast-moving and competitive region.

Capitalising initially on Malaysia’s chairmanship of ASEAN in 2015, SEANET will be headquartered at IDEAS office in Kuala Lumpur.  SEANET will partner with like-minded organisations and individuals throughout the region, and will be appointing more staff and associates as it grows.  To start with, its operations will be led by IDEAS CEO Wan Saiful Wan Jan who will also be SEANET’s Director, and Fareeza Ibrahim as SEANET’s Manager.

SEANET’s first major event will be on Friday, Day 2 of the EFN Asia 2014 Conference here in Hong Kong. The network will sponsor a discussion with pro-market think tanks from across Asia. Tunku Abidin Muhriz, (President of IDEAS Malaysia) and Professor Kriengsak Chareonwongsak (President of the Institute of Future Studies for Development Thailand) will examine the opportunities and challenges brought by greater liberalisation in ASEAN, particularly to small and medium enterprises, and how ASEAN countries can ensure that the “smaller actors” are not left out from the region’s growth. This discussion will be chaired by Wan Saiful Wan Jan (Chief executive of IDEAS Malaysia). 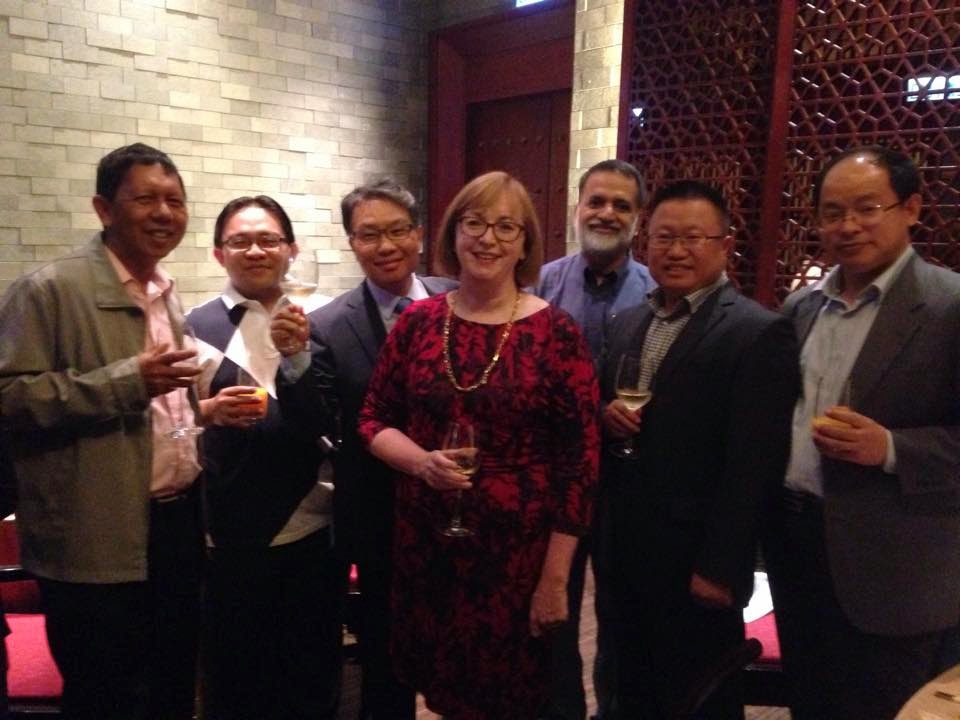 Photo last night after the opening dinner at our hotel, hosted by The Policy Workshop headed by Cathy Windels. From left" me, Wan, Choi Byung-il from S. Korea, Cathy, Barun Mitra from India, Shoulong Mao and Xingyuan Feng from China.

Over dinner last night, I discussed with Wan my proposal to write a long paper on ASEAN trade policy. He liked the idea and alerted SEANET convenor Fareeza Ibrahim who was also seated near us.