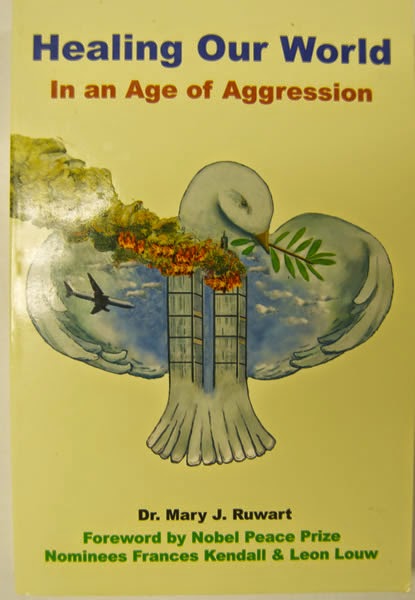 The Lion Rock Institute (LRI) Reading Club Salon 2014 on the theme, "Class and Inequality" will be held tomorrow here at Harbour Grand Hong Kong. Among the reading assignments for participants is this book by Mary Ruwart, published in 1992, revised in 1993 and 2003.

It's a nice book, 22 chapters. There are five suggested chapters for the round table discussion. 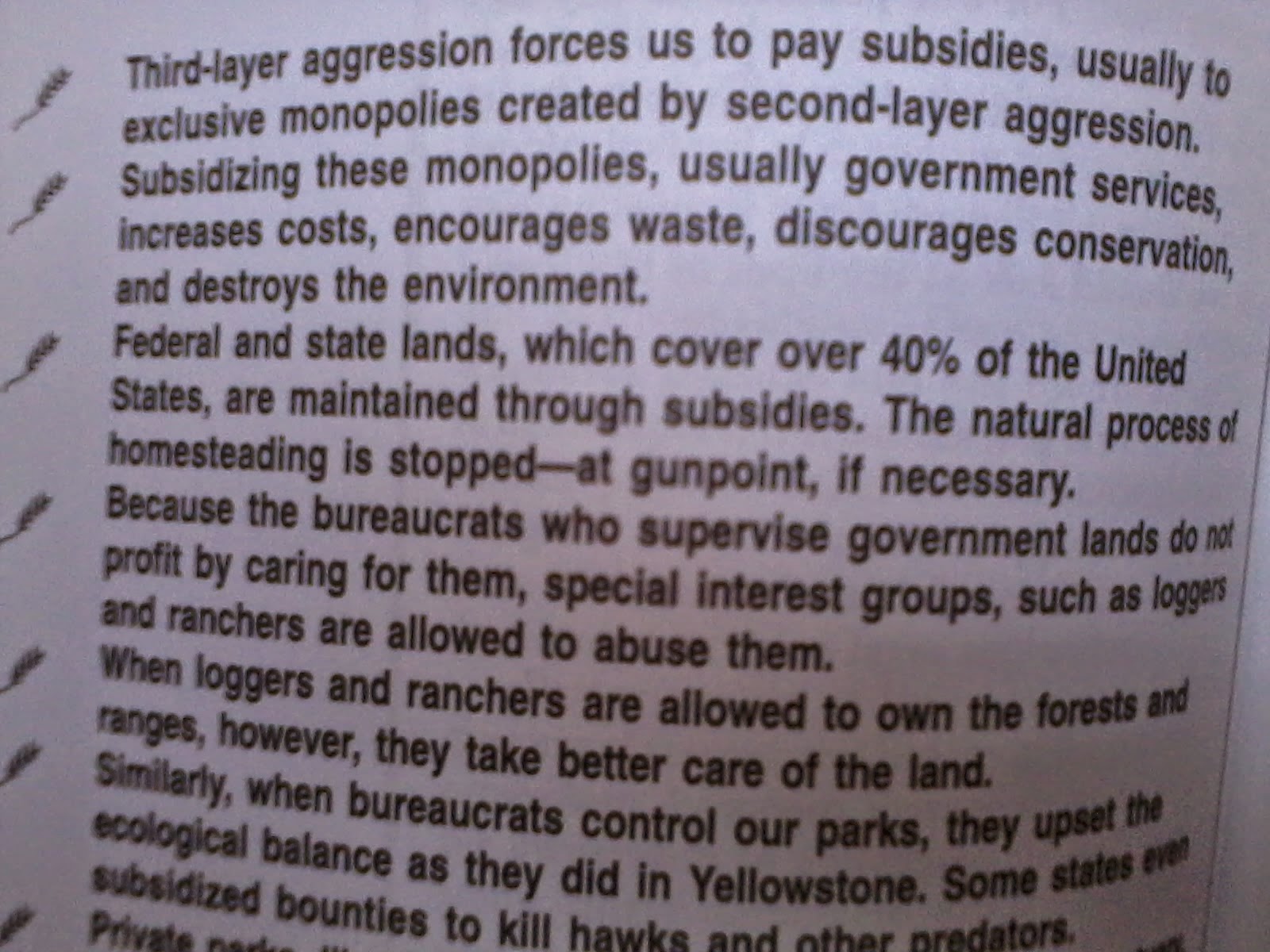 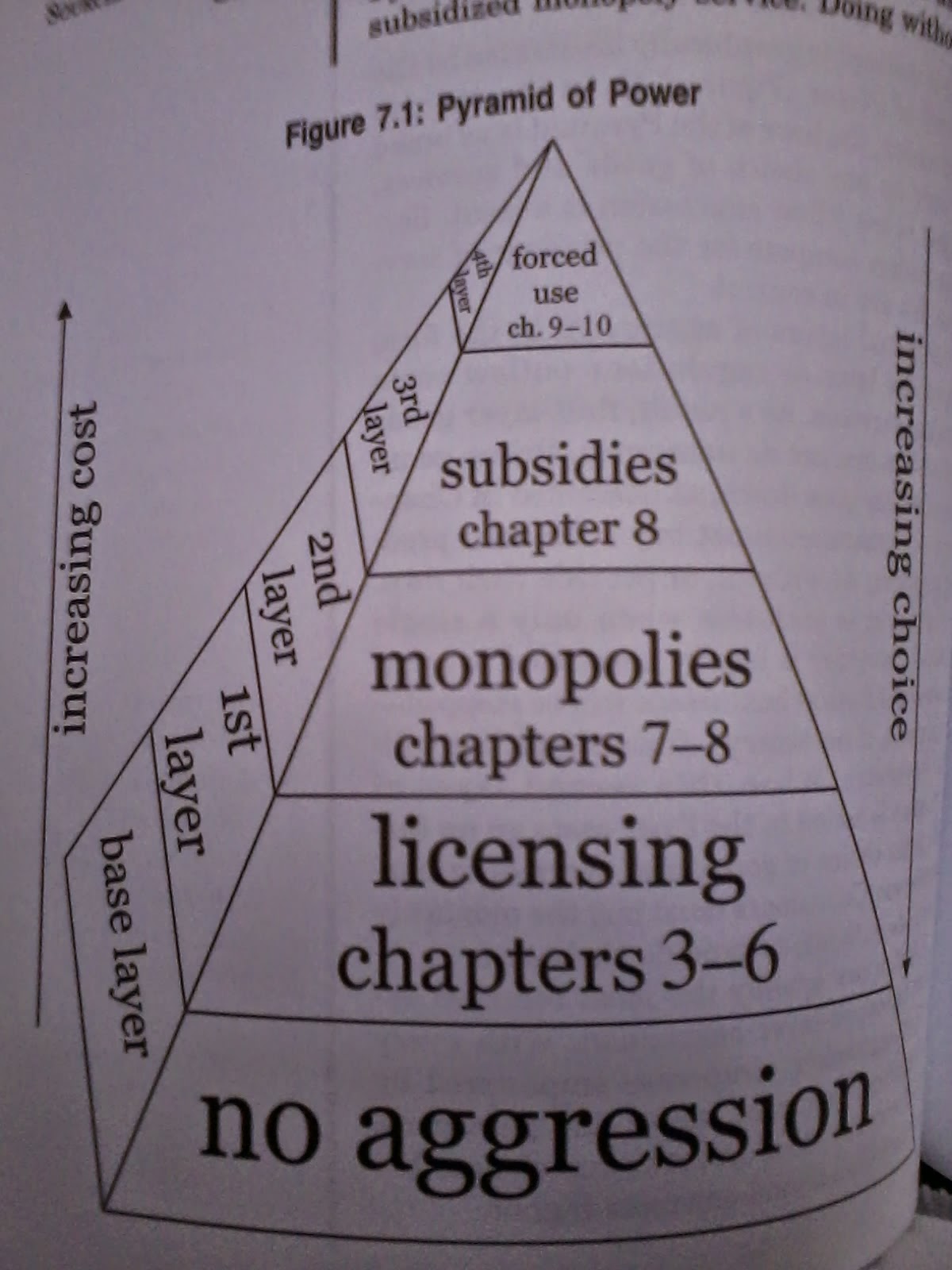 Mary mentions various layers of aggression. These are the different layers, from the base layer of No Aggression to  the 4th layer. Monopoly (via government franchising, other schemes) means preventing or prohibiting other players to come in and compete with existing player.  Subsidy means the rest of taxpayers will pay (by force and coercion of course) to give special privileges to the recipients of subsidies.

Chapter 14 is "The Pollution  Solution". Here is the chapter summary. 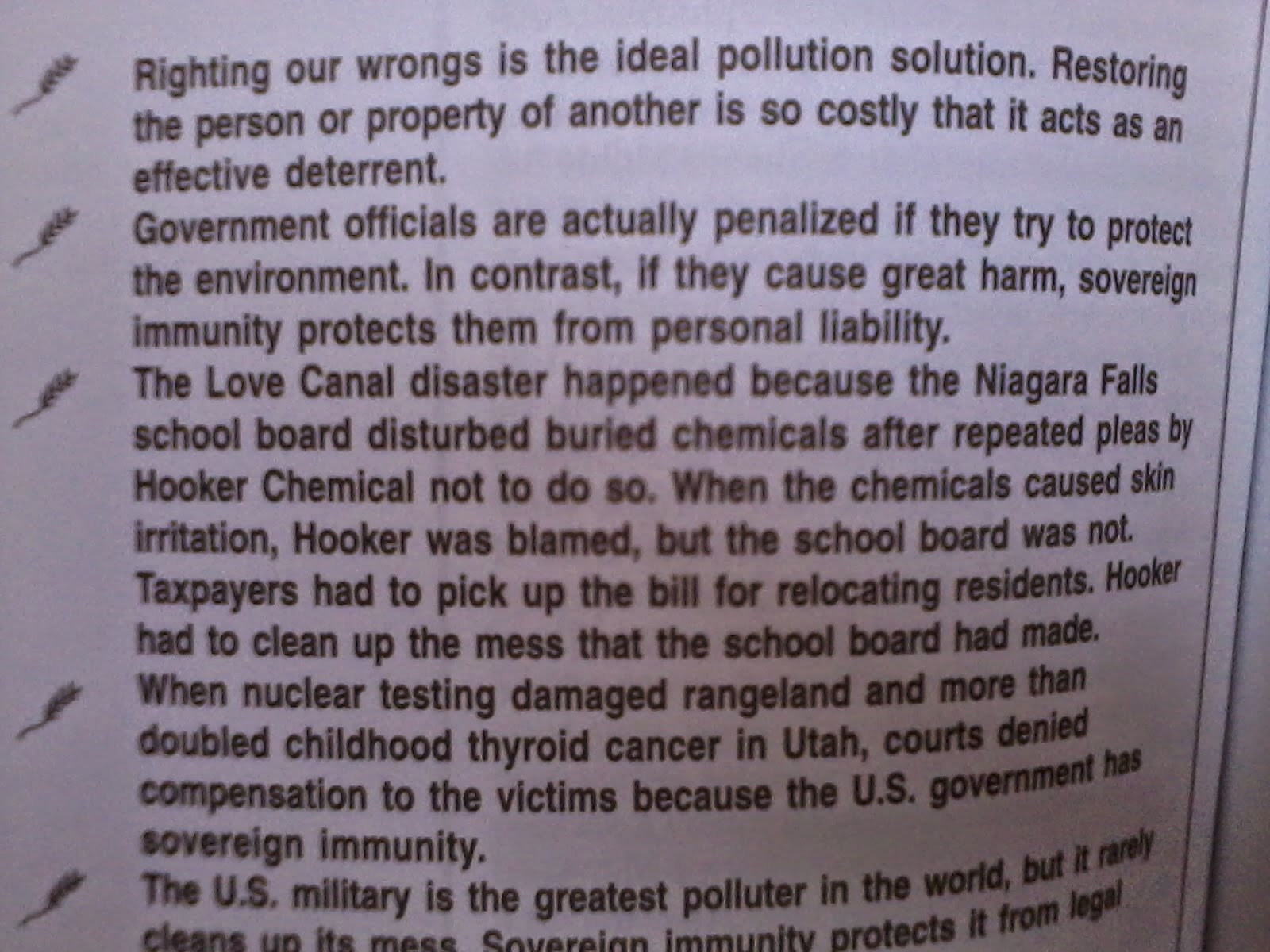 The next three chapters are about foreign policy. Chapter 18, "Beacon to the World" is about foreign aid and why it can amplify the underdevelopment problem of many poor countries, rather than help solve it. There is truth to this because by nature, foreign aid is government to government. So if the recipient is a dictatorship or simply highly corrupt government, then the taxes of rich country citizens are simply used to further enrich those dictators, their cronies and consultants. 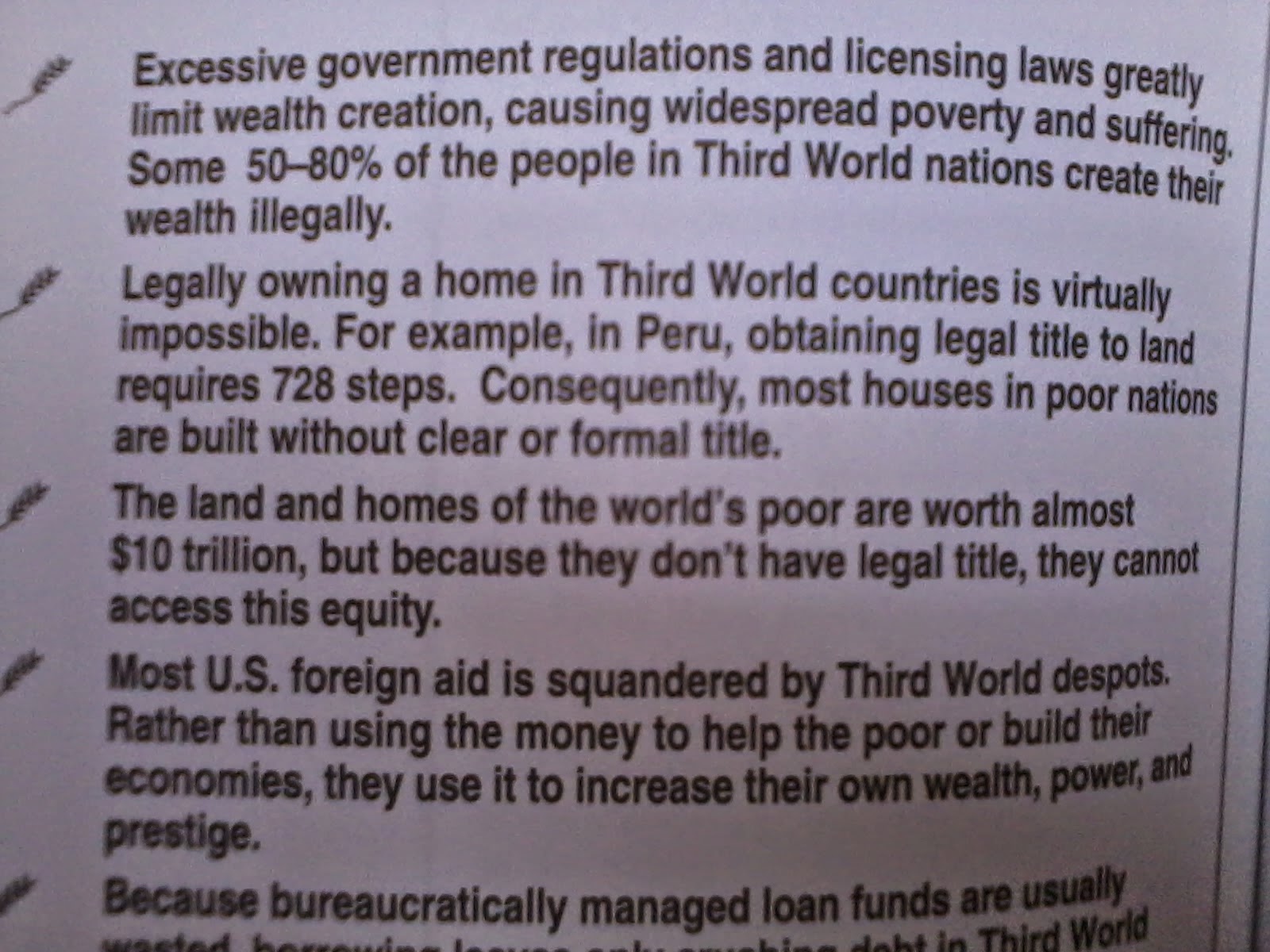 Chapter 19, "Is Communism Really Dead?" Yes, if it is a voluntary commune or collectism, it should be fine, meaning people have arranged things that are mutually beneficial for all. But if it is forced commune or coerced collectivism, then people are forced and coerced to share with the rest, including the lazy, shrewd and opportunists. Why be industrious when you can get something even if you're lazy and irresponsible. 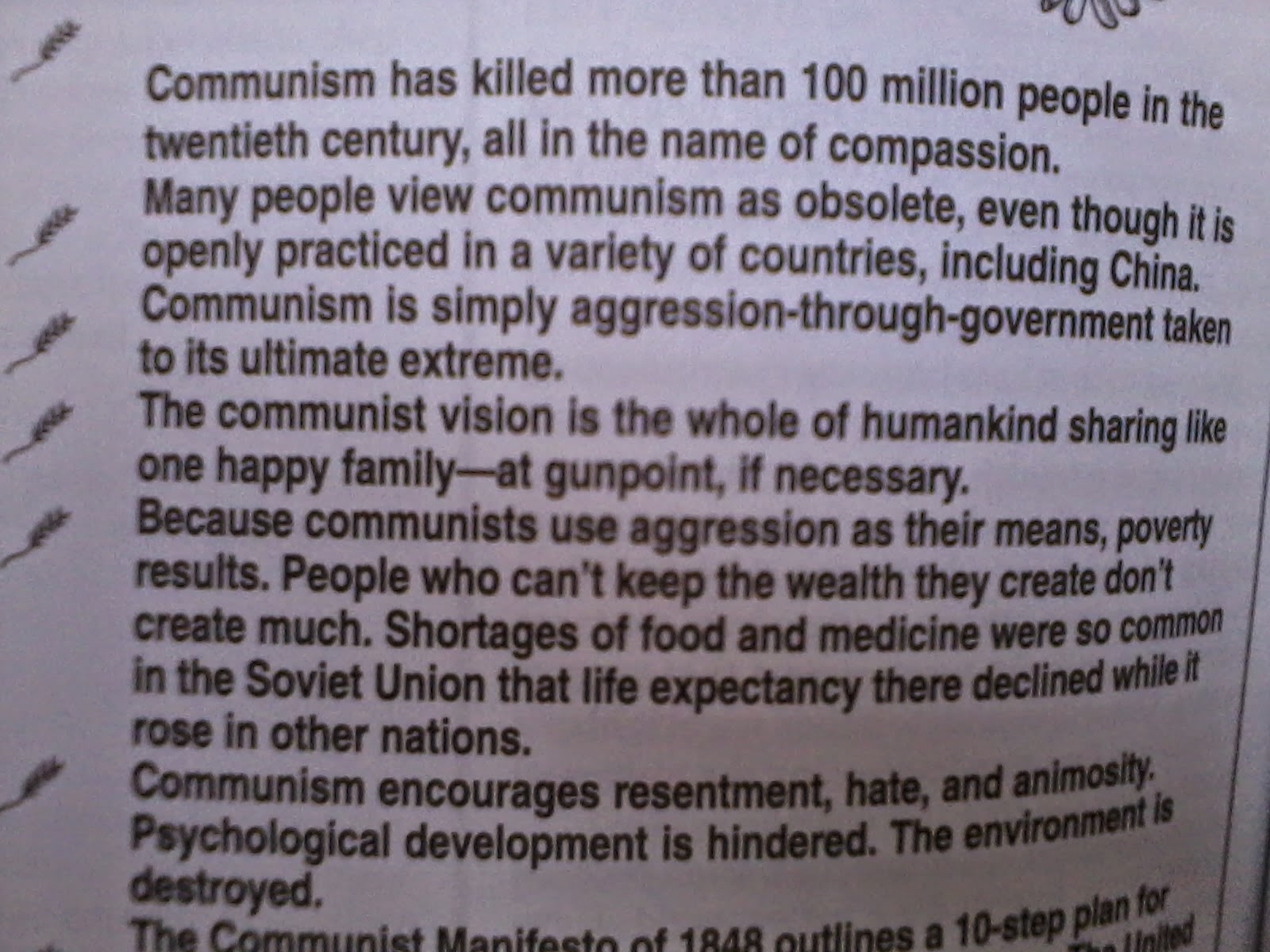 Chapter 20, "Making Our Nation Safe and Secure". It is a long chapter dealing with various historical and recent events in the last decade like post 9/11. 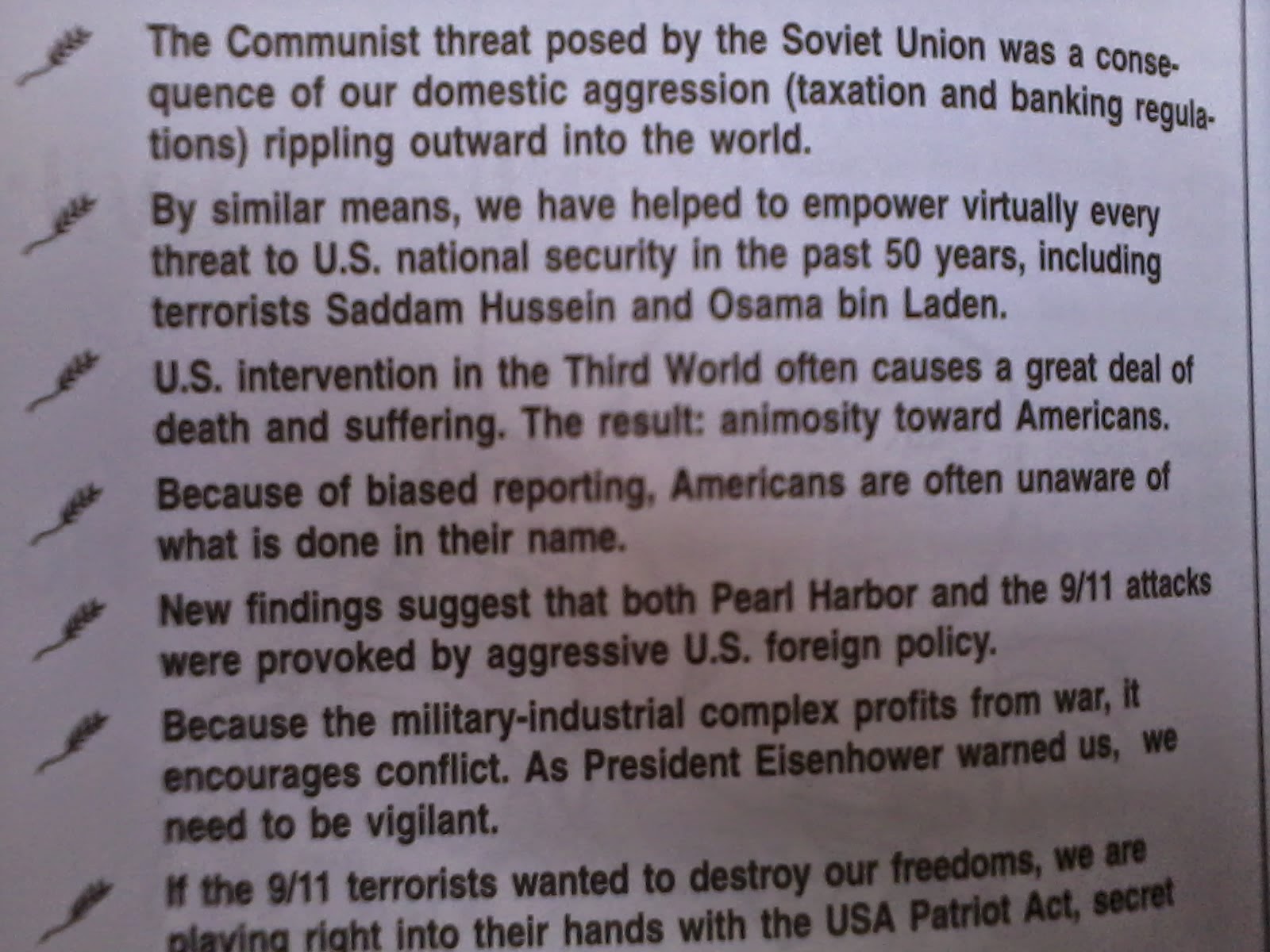 Mary's book is suggesting that if we want a more peaceful, more dynamic world, then various layers of aggression and government coercion should drastically shrink, some policies and regulations should outrightly be removed and withrawn. There is nothing wrong if people will trade with each other voluntarily. Nothing wrong if people settle disputes among themselves peacefully and amicably. Only when the dispute can possibly get out of hand, then government can come in to enforce rules and contracts, before people practice aggression towards other people.

Thus, various aggression and coercion by government -- local, national, international/multilateral -- creates new class in society. They can worsen rather than limit inequality and animosity in  society. Government and its coercive powers must shrink.
-------------