The Lion Rock Institute (LRI) held a great dinner gala last night here at Harbour Grand Hong Kong to celebrate its 10th anniversary. It was a fantastic event -- celebration of its 10 years existence, fellowship with LRI's major sponsors and donors, a fund-raising activity through the "Silent Auction", and networking with EFN 2014 conference participants. All in one night.

Below, the key personalities from left to right: Fred McMahon of Fraser Institute (Canada) who presented the result of the Economic Freedom of the World (EFW) 2014 Report; John Tsang, HK's Finance Secretary who gave the Keynote Address; Bill Stacey, Chairman of LRI; Siggi Herzog, FNF Regional Director for East and Southeast Asia; and Andrew Work, LRI co-founder and MC for the night. 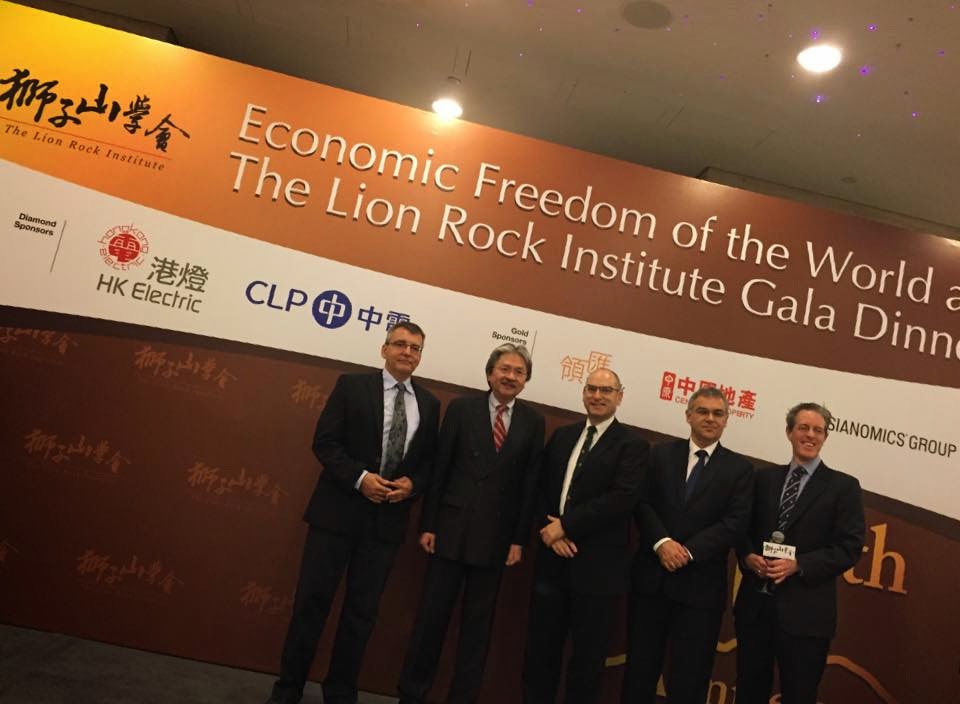 VIP table below, from left: Nick Salnow-Smith of LINK publications, and has been a friend for three years now, we participated in the LRI's Reading Club Salon 2012, 2013 and 2014. He looks like Tony Blair but unlike Mr. Blair, Nick is soft spoken and very liberal/libertarian. Beside Nick is the head of CLP, a big energy company in HK (power generation, distribution, Kowloon area), Bill, John and Siggi. 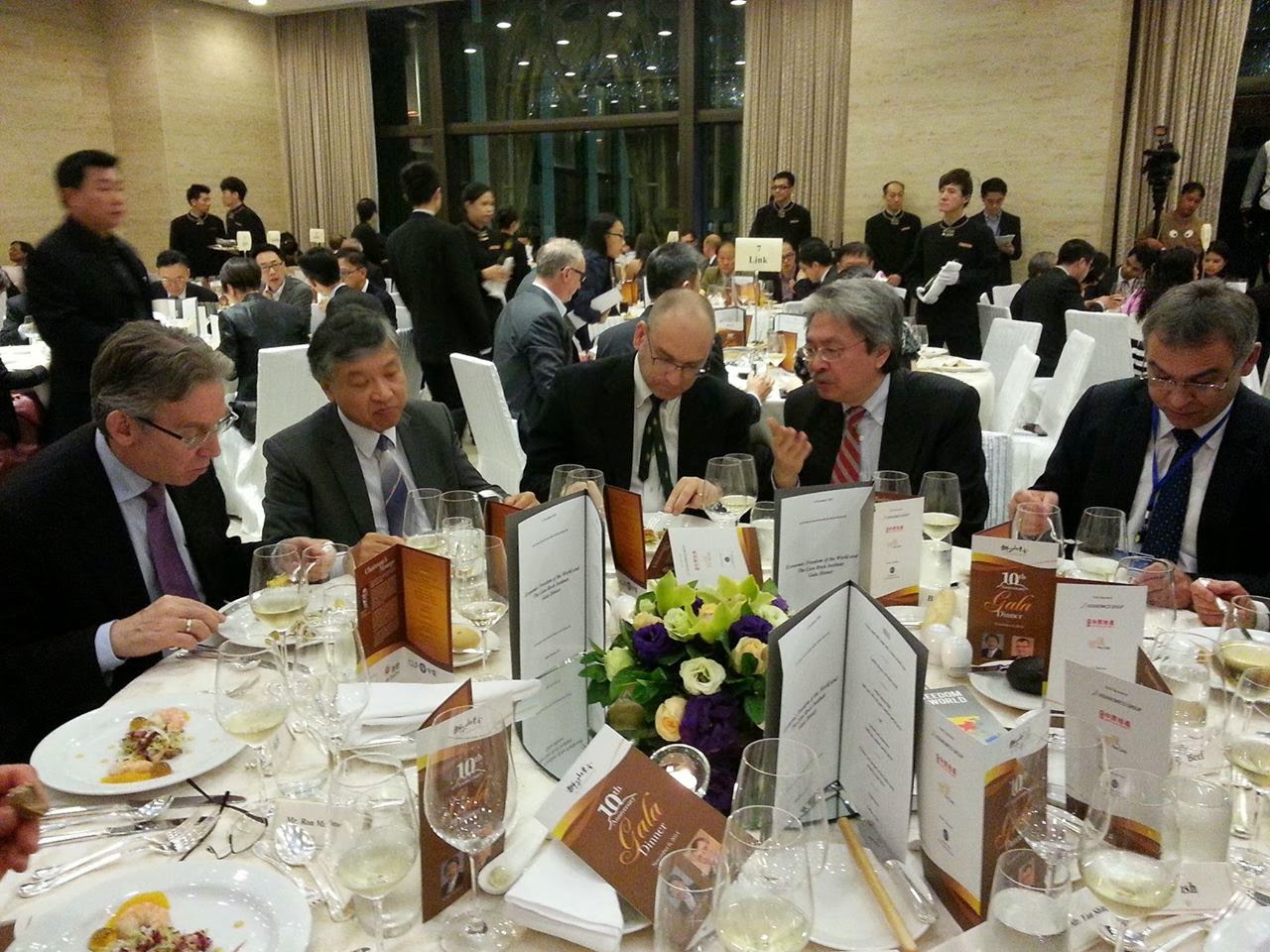 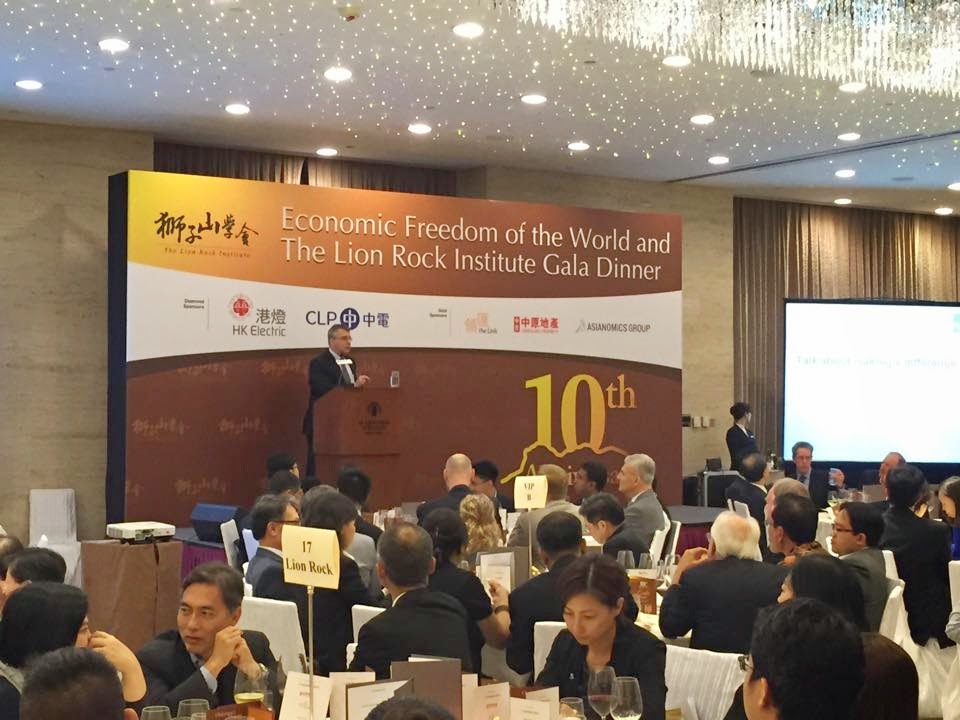 Andrew Work mentioned during the program that LRI was started by "three crazy guys", Andrew Pak Man Shuen (left), Simon Lee (middle) and himself, in early 2004. Yes, I met Andrew Work at Larry Reed's Mackinac Leadership Conference in Michigan, USA in April 2004. LRI could be 1-3 months old then while Minimal Government, informally organized then, was only one month old. 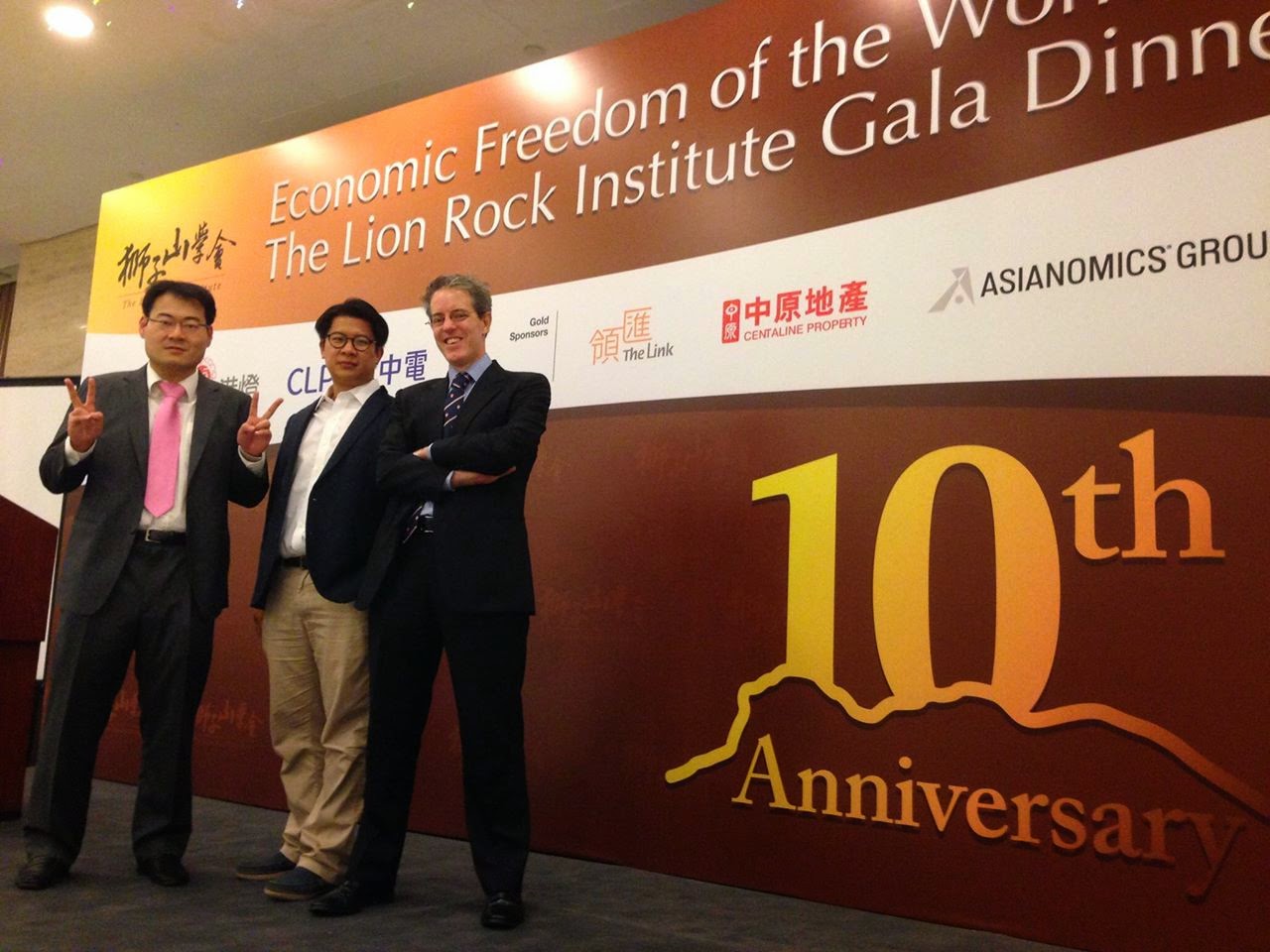 I have a photo with Andrew W, Parth Shah and Barun Mitra last night, waiting for that photo. Andrew, Parth and I were batchmates at the Mackinac Conference for three days. Our other Asian batchmates that time have dropped out from the free market movement one by one. After Michigan, we went to Chicago to attend the Atlas Liberty Forum and that's where I also met Barun for the first time. 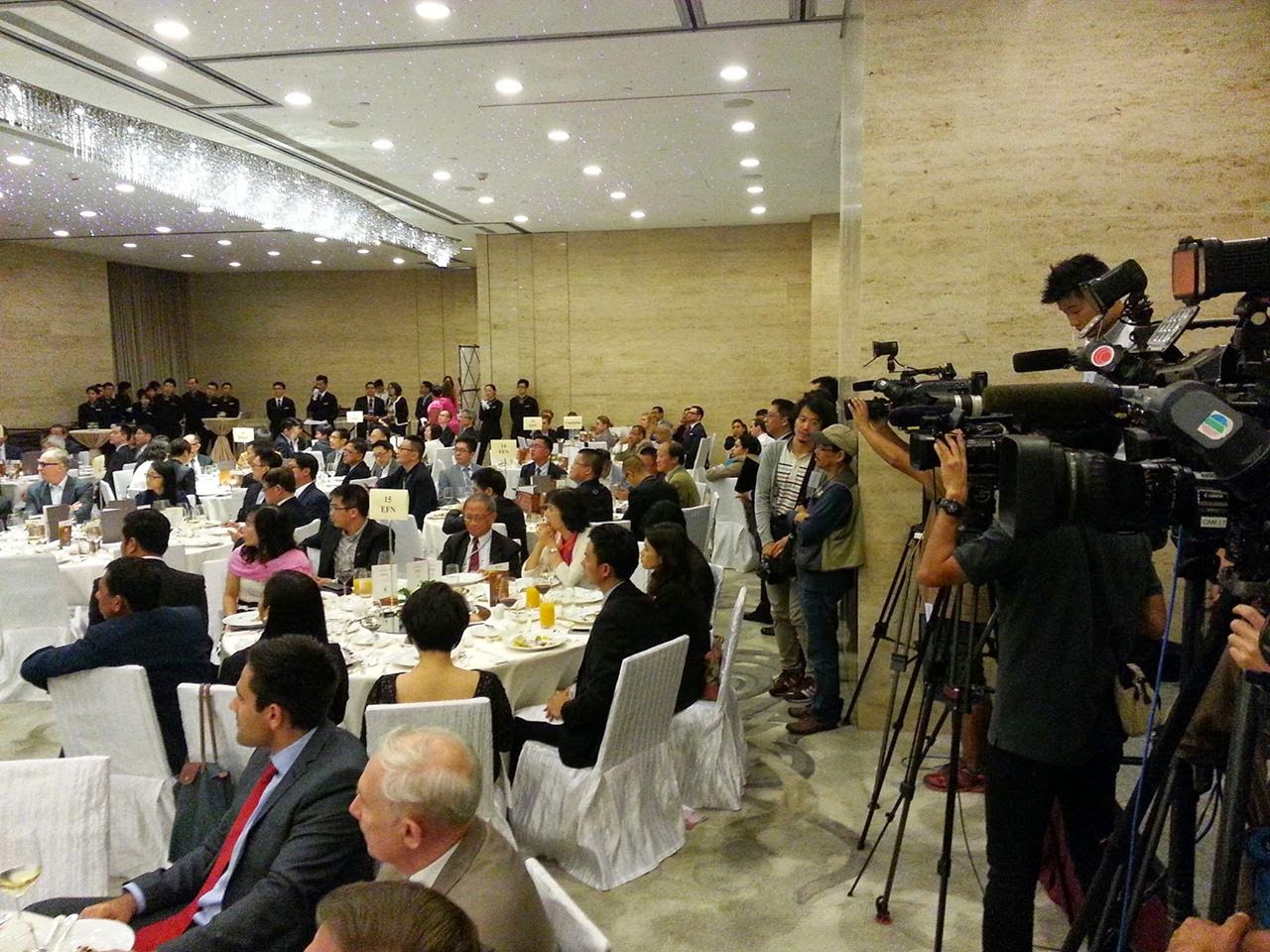 Among the highlights of the night was the presentation of LRI's student interns. A youtube video clip was shown how the interns have argued at the HK Legislative Council (LEGCO) opposing certain proposals like more (and endless) subsidies to certain sectors, wage control, etc. 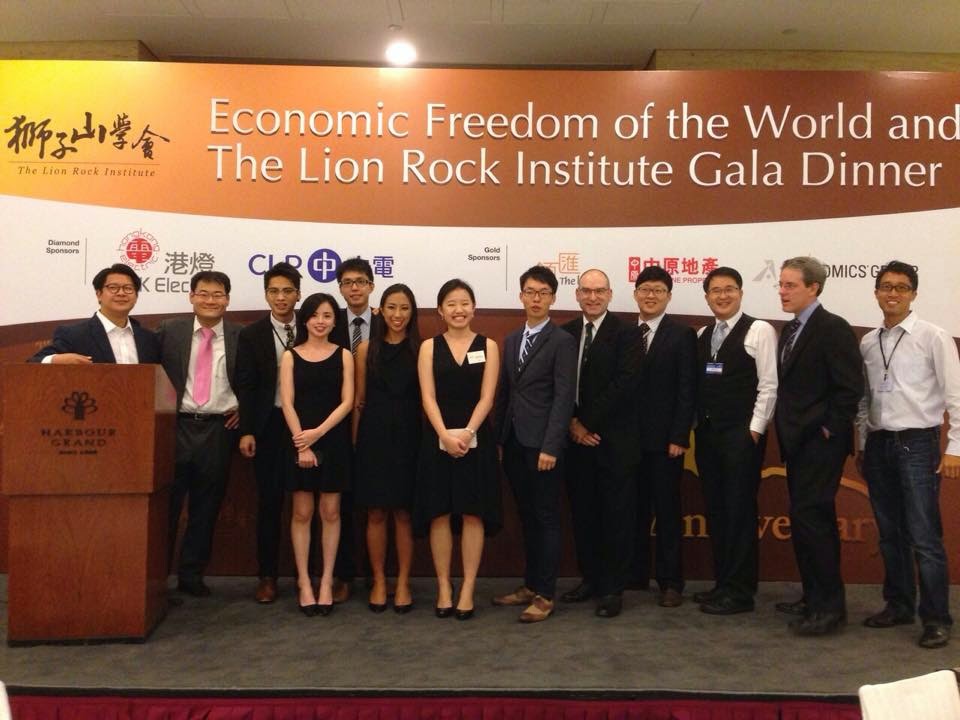 I met Janice and Jude during the 1st Reading Club Salon 2012, held at Harbour Plaza at the New Territories. They were the two interns who helped organized the event. 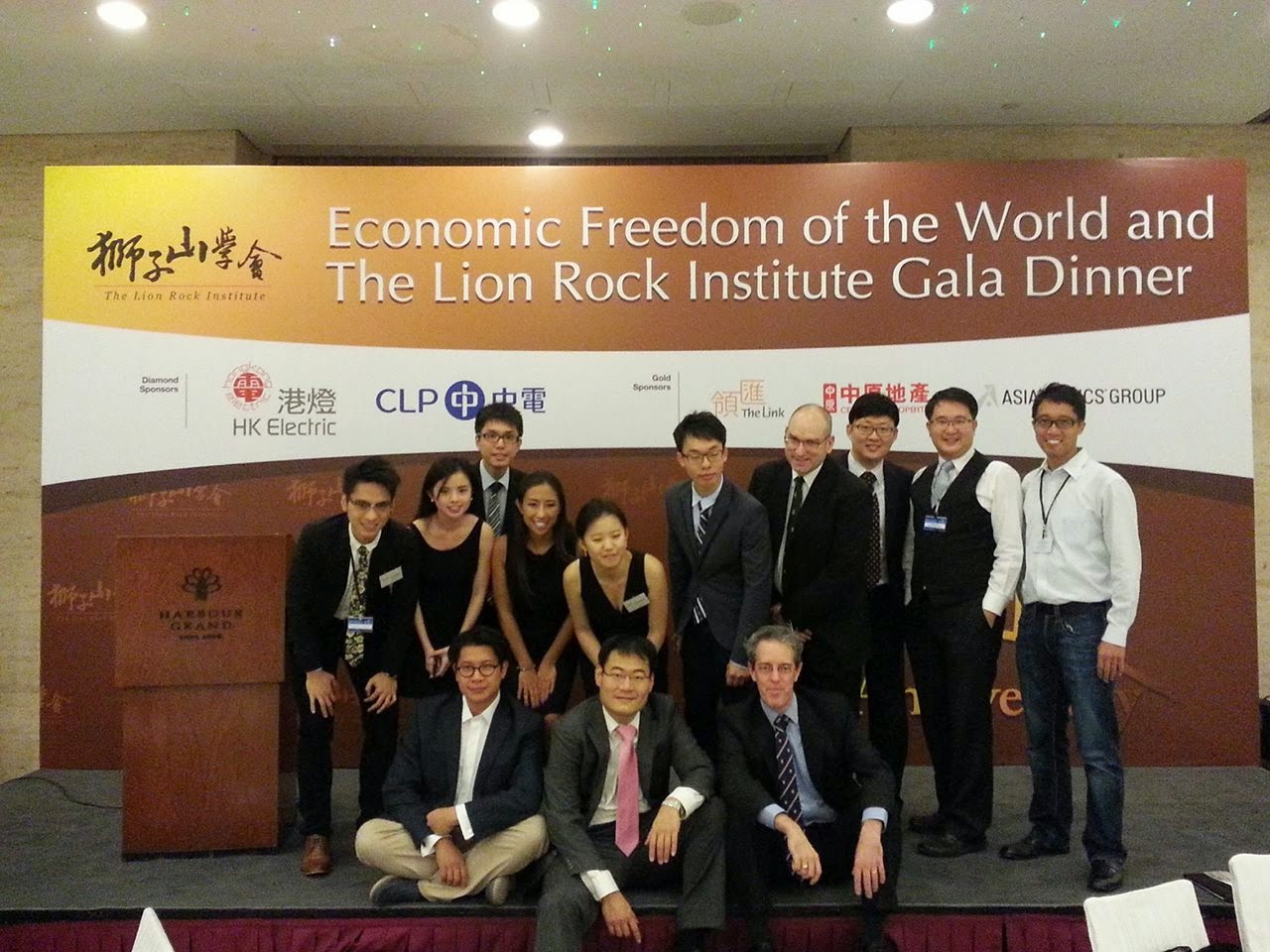 Salute to LRI and its founders and officers.  10 more years, and more.
All photos above from LRI guys' fb walls, including Jadranco Brkic. Thanks.
-----------