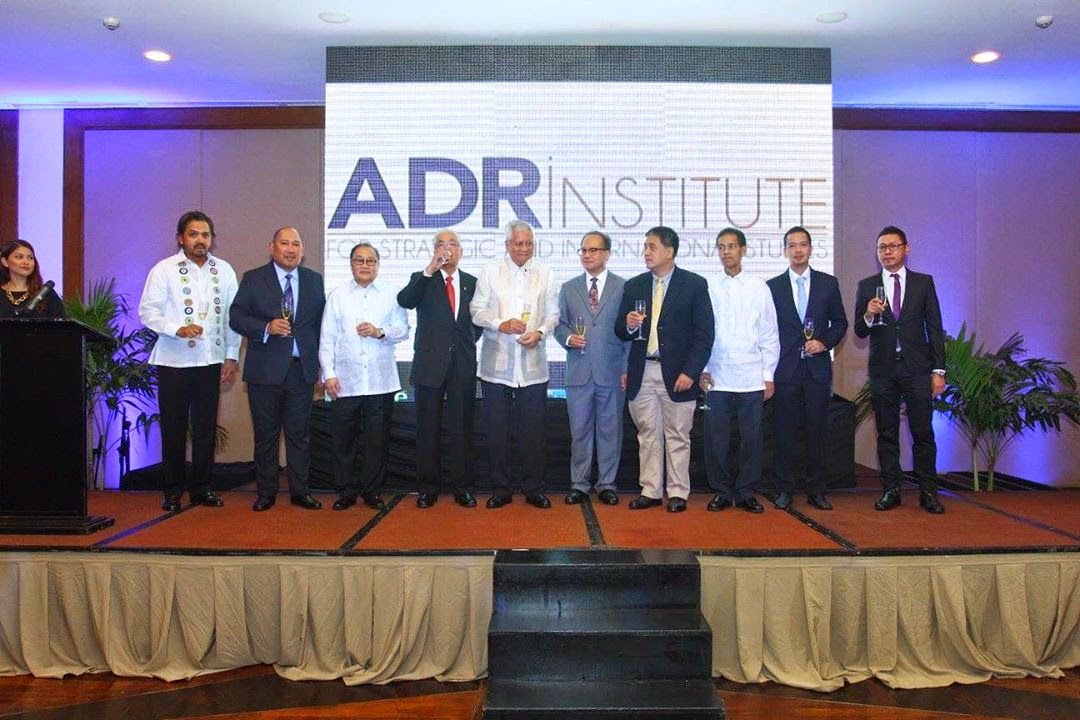 I think the think tank's main clients will  be foreign  governments (through their embassies in Manila), big firms at the Philippine Stock Exchange, PCCI, etc. I saw many diplomats and some ambassadors that night, including US Ambassador Philip Goldberg, cool guy.

Some photos that night where I was an "extra". Below from left: Dr. Vic Paqueo of UPSE, PIDS, former WB/ILO consultant; Dr. Lingling Patalinghug, and Cong. Kit Belmonte. Vic was my former teacher in Econ. 181 (Labor Econ) while Ninong Lingling (yes, he's among my wedding godfathers) was my former teacher in Econ. 171 (Agri Econ) at UPSE sometime in 1983 or 84. Kit was a rich kid, mestizo, but very militant activist in UP then. 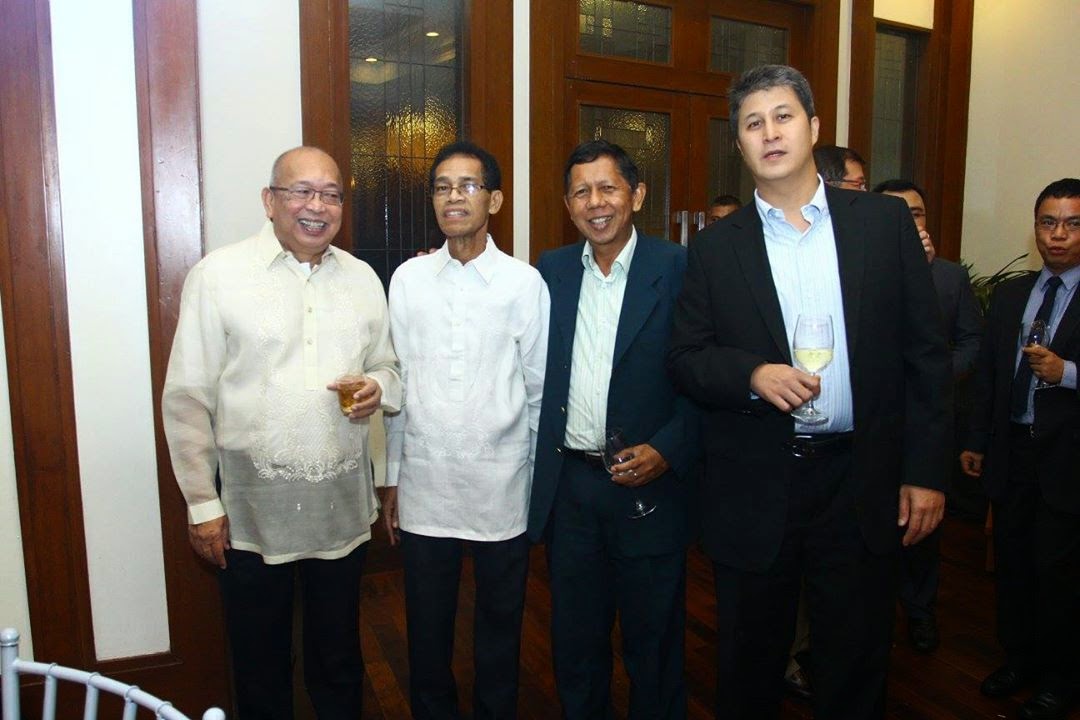 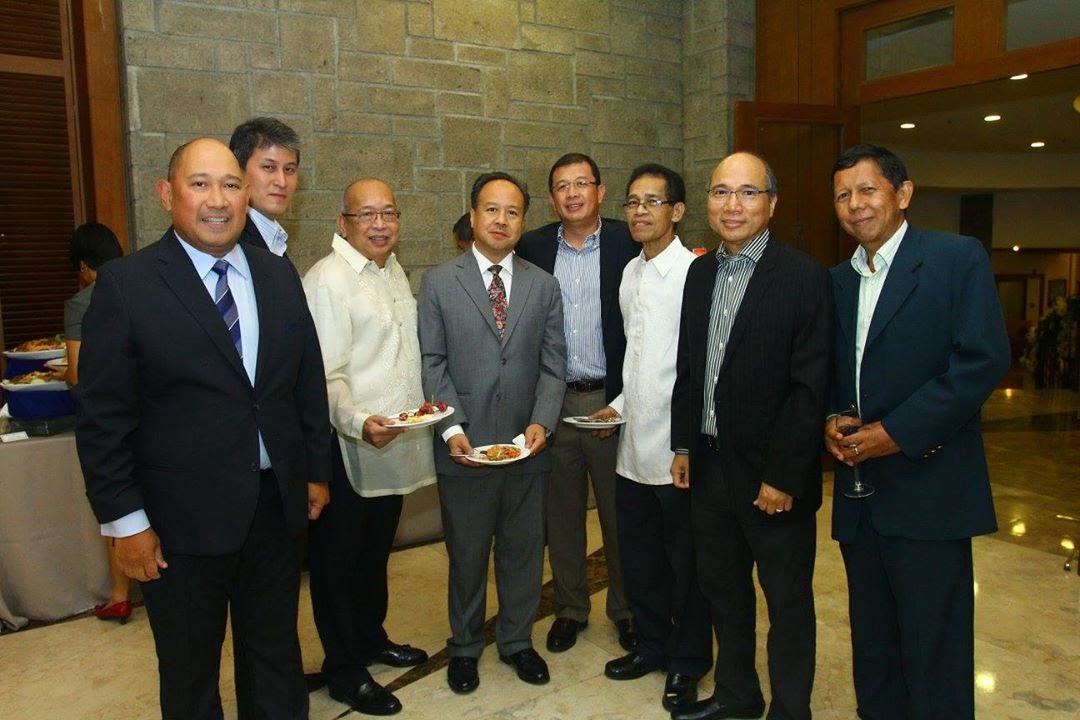 From left: Edgardo Lacson (PSE, PCCI, ECOP), Ronnie Recidoro of COMP, me and Dindo. The three of us were discussing about mining and mineral potential, lots of jobs, money and government taxes, of the country, then I dragged Dindo for the photo. 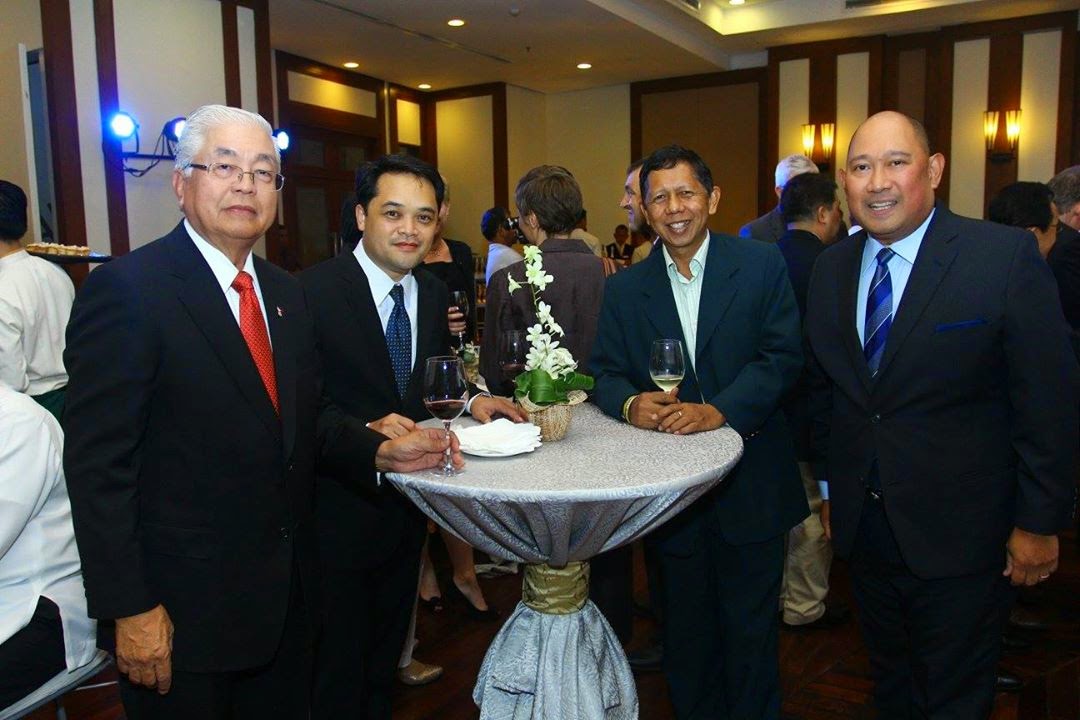 Stratbase's young and dynamic staff, from left: Claudette Guevarra, Krystyna Dy, Bianca Soriano, Mikee Maralit, Lloyd Zaragoza. Me and Kiko Magno were extras here. Mikee is the one who directly invites me in some Stratbase/CitizenWatch events, she is a former student of my wife at DLSU. 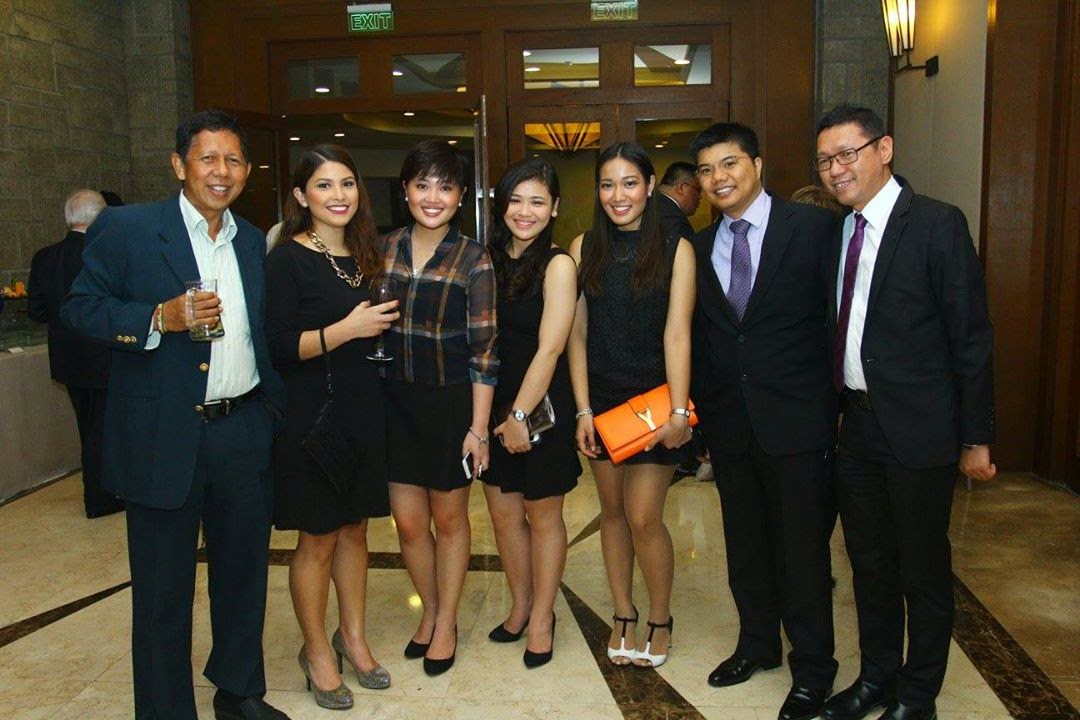 Minimal Government Thinkers simply networks with other think tanks, research institutes, and other civil society organizations, like Stratbase and ADR Institute. For us, minimal government = maximum civil society. Things that can be done by individuals and their voluntary organizations need not be assigned to government, local, national or international/multilateral. Because government = coercion. So a minimal or limited government means minimum of coercion in society.

Thanks again for the invite, Dindo and Stratbase. Hope to see you in another round of discussions.
All photos above from Stratbase fb wall.
------------