The Economic Freedom Network (EFN) Asia annual conferences, the various big events of the Lion Rock Institute (LRI), like other major events in the world, would not be possible without the efficient hands and minds behind them. I am referring to the workhorses of EFN and LRI, Pett Jarupaiboon (FNF's Regional Program Officer for EFN and Human Rights) and Wilson Li, respectively.

Above photo, Wilson and Pett at the dinner gala and last day of EFN Conference 2014 in HK, at the famous racetrack. They could afford to smile widely then as the bulk of many work has been done. Lower photo, also with Wilson and Pett, on the evening of the last day of EFN Conferencce 2012, also held in HK. I see how these two guys work and I call it the "duopoly of micro labor" :-) Great work as usual, Pett and Wilson. 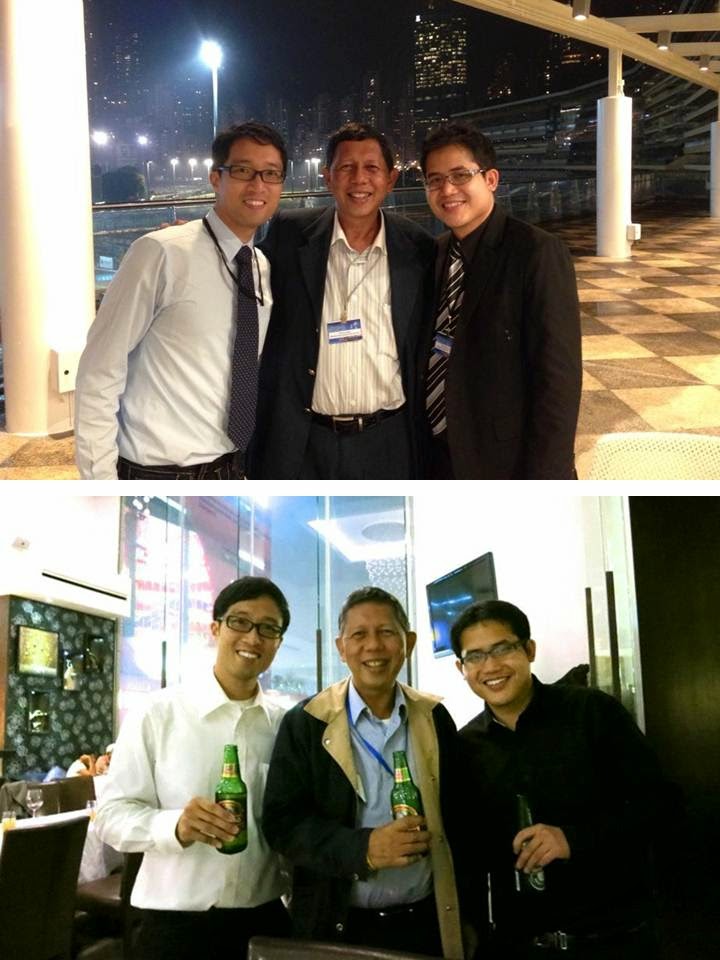 Supervising Wilson and another workhose is LRI Executive Director, Peter Wong. He succeeded Andrew Work who then went to become the Exec. Dir. of the Canadian Chamber of Commerce in HK, before starting his own publishing business, The Harbour Times. Above photo, with Fred McMahon of Fraser Institute (Canada) and Peter, at the dinner and end of EFN Conference 2014. Below photo, with Peter and Grover Norquist, President of the Americans for Tax Reforms (ATR), during the 4th Pacific Rim Policy Exchange, Sydney, Australia, September 2010. 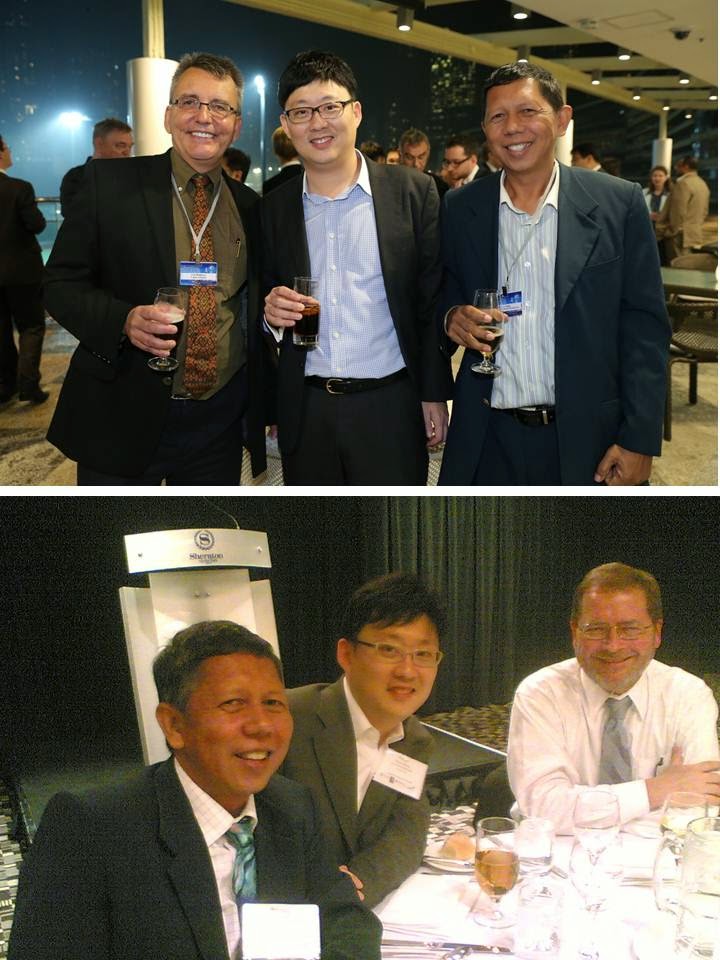 Above photo, LRI co-founder Simon Lee, with Barun Mitra.  Taken during the LRI 10th anniversary dinner gala last November 05, 2014. Lower photo, with Andrew Work andEMHN's Philip Stevens, also at the end of EFN conference 2012 in HK. Also in the photo was another good friend Cathy Windels plus her Indian friend. 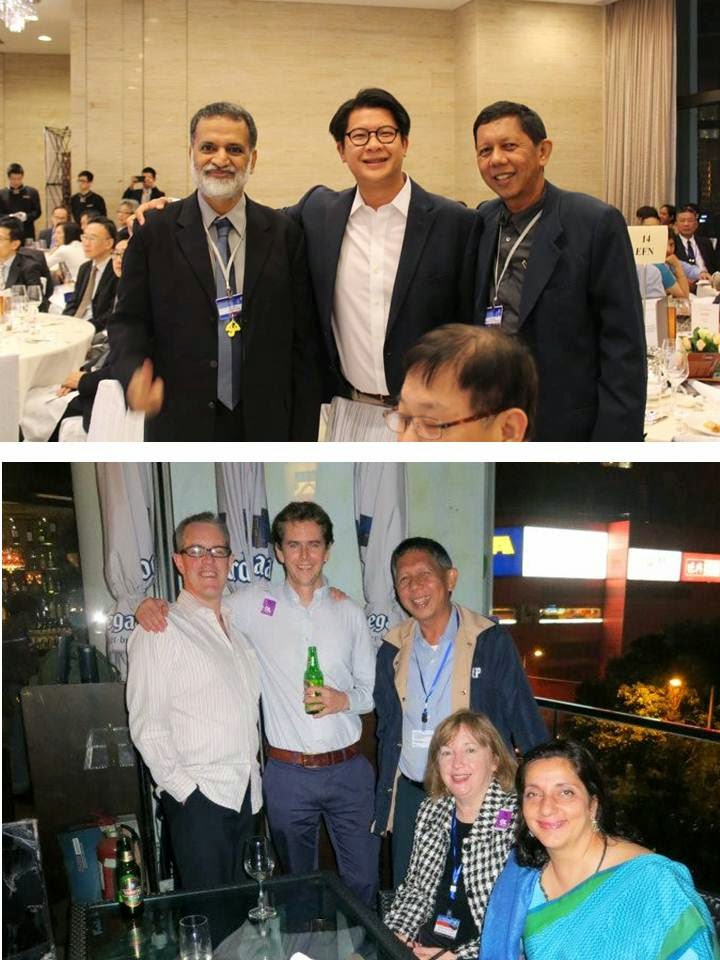 During the LRI's 1st Reading Club Salon in 2012 in HK, two interns helped us. Janice Fung and Jude Law (at Barun's left). These two young interns appeared at HK Legco public hearing and argued on certain issues, they are very articulate and brave. Above photo taken during LRI gala 2014, lower photo taken during EFN conference 2012. 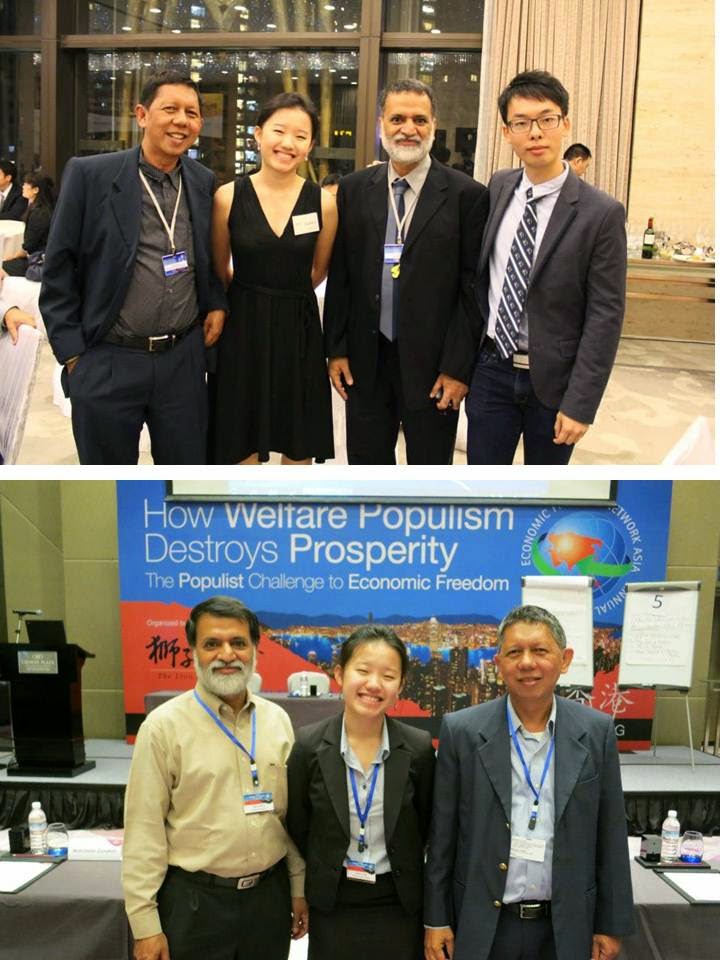 Two other guys who helped LRI during the Reading Club Salon 2014 and EFN Conference were Jadranco Brkic, beside me at an escalator ride when we went to  the Admiralty to watch the HK protesters. Also in the photo were Wan Saiful Wan Jan (IDEAS, Malaysia) and Ken Schooland (Hawaii Pacific Univ., USA). Jad has been taking lots of photos and videos during the two events and posted them in youtube and facebook. Lower photo, with Laurence Milton Pak, another LRI intern. 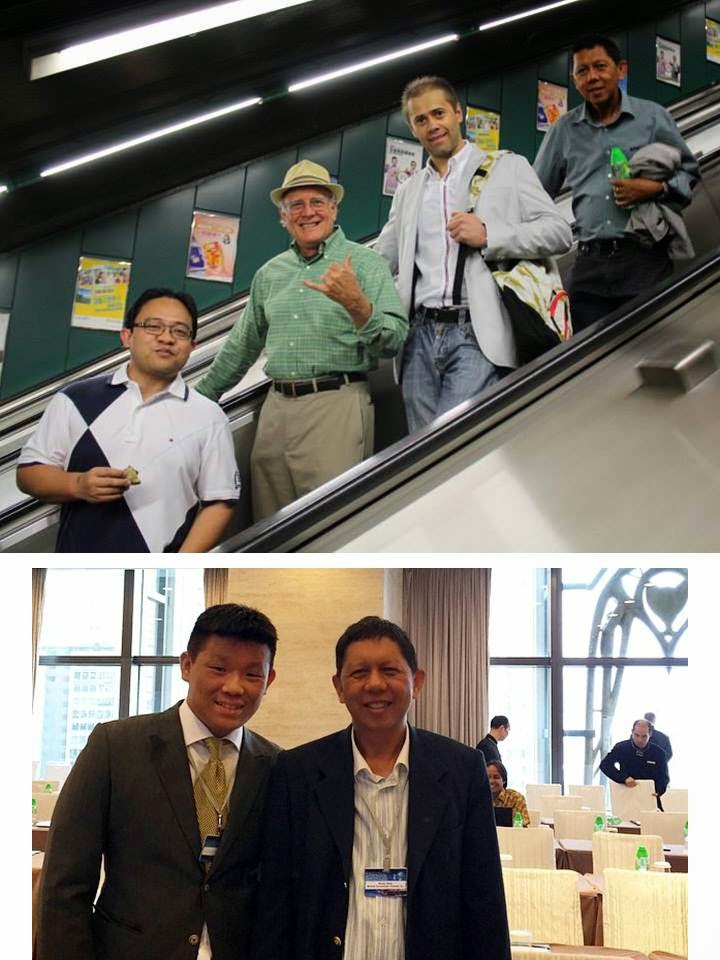 Thank you for all the hard work you have put in making EFN and LRI remain dynamic organizations -- Peter, Wilson, Pett, other friends.
--------------