But in terms of top 10 firms in terms of number of patents held, zero from pharma, almost all of them are IT companies.

"It’s estimated that currently up to 80 per cent of stock market values are based on intangible assets. This compares to just 20 per cent in 1975, the year before Apple was founded. This remarkable difference reflects the fact that many companies in 2014 operate in industries with very little machinery or other fixed assets. Accordingly the observed company value must be attributed to intellectual assets such as brand value and other IP...

"The importance of IP is particularly apparent in the pharmaceutical sector, where the expiry of dozens of critical patents has wiped billions from the value of the industry over the past few years.

"On March 12 for example, Pfizer’s stock was suspended for 20 minutes on news that its blockbuster pain drug Celebrex would lose its patent protection 18 months earlier than expected. Pfizer stock closed down almost 3 per cent, a meaningful number for a company with almost $200 billion in market value...."
Yes, people simply want to live long -- against cancer (there are about 200+ different types of cancer), against Alzheimers, against various infectious diseases (dengue, malaria, HIV, MERS-CoV, ebola, etc.). There are ethical and economic issues, some people think the cost of R&D by innovator pharma should be neglected, the fruits of their successful drug inventions should be shared to all. This is a wrong argument.

10 Most innovative nations in the world, 2014 (Raconteur)

That's 4 from Asia, 5 from Europe and 1 from N. America..
Israel is #1 by R&D intensity, China is #4 by patent; both though are not in the top 20 most innovative nations in the world.

If governments are involved in many countries in pharma, it is more of helping the generic manufacturers, not the innovators. See policies like drug price control, compulsory licensing (CL), special CL, etc. All these are aimed and targeted at innovator pharma, never at generic pharma.

In the case of medicine innovation by innovator pharma, all of their new medicines that start out as patented, more expensive drugs "for the rich" for about 8-10 years (the various regulatory approvals, multiple clinical trials, take about 10-12 years out of total patent life of 20 years) ultimately become off-patent, the generic manufacturers come in and multiply the production at cheaper price, benefiting the poor. Government has zero role here except as drug regulatory agency via FDA and still the poor will benefit.

Here's a good chart. It shows that out of the 20 years patent life of a newly-invented medicine, up to 13 years are gobbled by R&D, pre-clinical, clinical trials, registration. Each stage must get regulatory approvals from government FDAs. 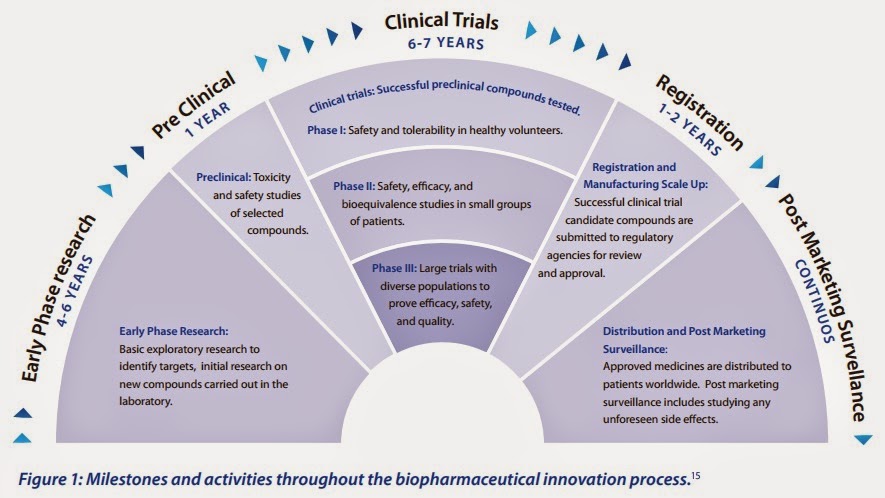 Exploratory stage: 2 to 4 years identifying antigens to prevent or treat a disease. Selected candidate vaccines will continue the process.

Pre-clinical stage: 1 to 2 years assessing antigens’ safety in animals and selecting the best candidate vaccine to continue the process.

Registration: Synthesis stage from 12 to 18 months 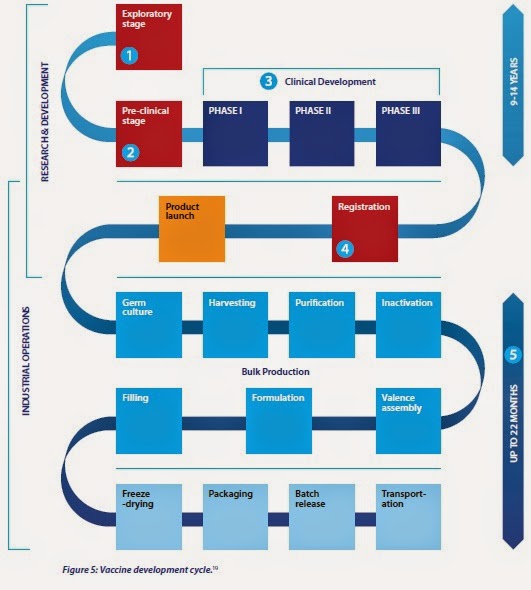 Innovation and IPRs like patent, copyright, trademark, should be protected. Not all ideas are the same. Stupid ideas are numerous and endless, readily available anywhere, they do not need protection. Bright ideas are scarce, they need protection.

Governments should fully appreciate and recognize this, and not be easily pressured by populist demands to confiscate or disregard IPRs and give to some (very likely, crony) local firms.
------------