Good news for the ASEAN here. Today, IDEAS announced this: 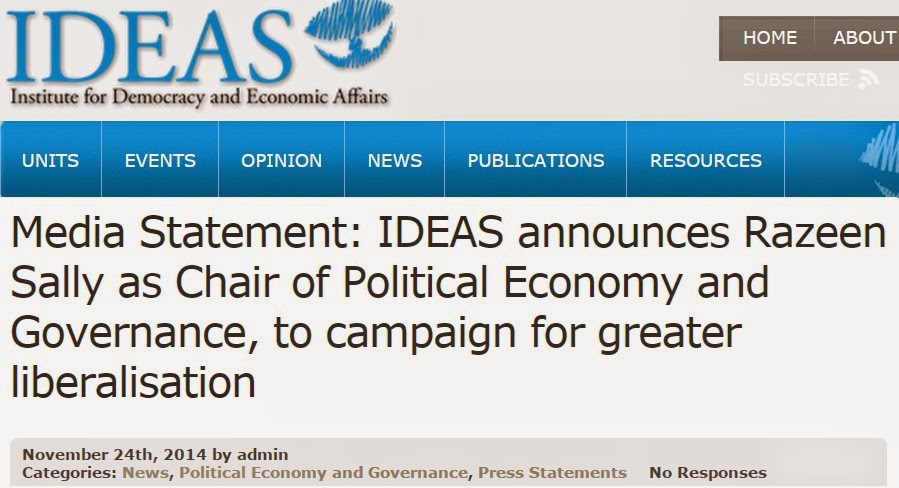 Kuala Lumpur, 24 November 2014 – The Institute for Democracy and Economic Affairs (IDEAS) announces today the appointment of Dr. Razeen Sally as the first holder of IDEAS Chair of Political Economy and Governance Programme.

Dr. Sally is a globally renowned expert on international trade policy. He is Director and Co-founder of the European Centre for International Political Economy (ECIPE) and a Visiting Associate Professor at the Lee Kuan Yew School of Public Policy. He was a faculty member and PhD graduate of the London School of Economics (LSE). He has published numerous works on global trade policies, global economic crises and the Asian economy including the ASEAN and Chinese economy. 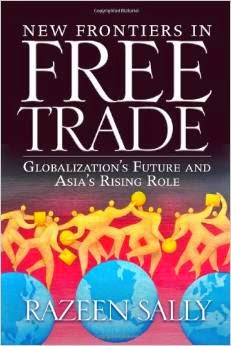 Razeen Sally is a world-known scholar advocating free trade. In 2008, he  produced this book, published by Cato Institute in the US.

He is currently a Professor at the Lee Kuan Yew School, in Singapore. He used to  teach at the London School of Economics where he also received his PhD. He is also the Director of the European Centre for International Political Economy (ECIPE), a global-economy think tank in Brussels, which he co-founded in 2006. He has held research, teaching and advisory positions at institutes and think tanks in Europe, the USA, Asia and South Africa. He is an Adjunct Scholar at the Cato Institute in Washington DC, Chair of the Global Agenda Council on Competitiveness of the World Economic Forum,

Also in 2008, he produced this e-book, "Trade Policy, New Century: The WTO, FTAs and Asia Rising" , published by the Institute of Economic Affairs (IEA), London, 2008.

The book summary enumerated these major arguments why free trade is good. Photo below was taken during the EFN Asia Conference 2014 in Hong Kong. 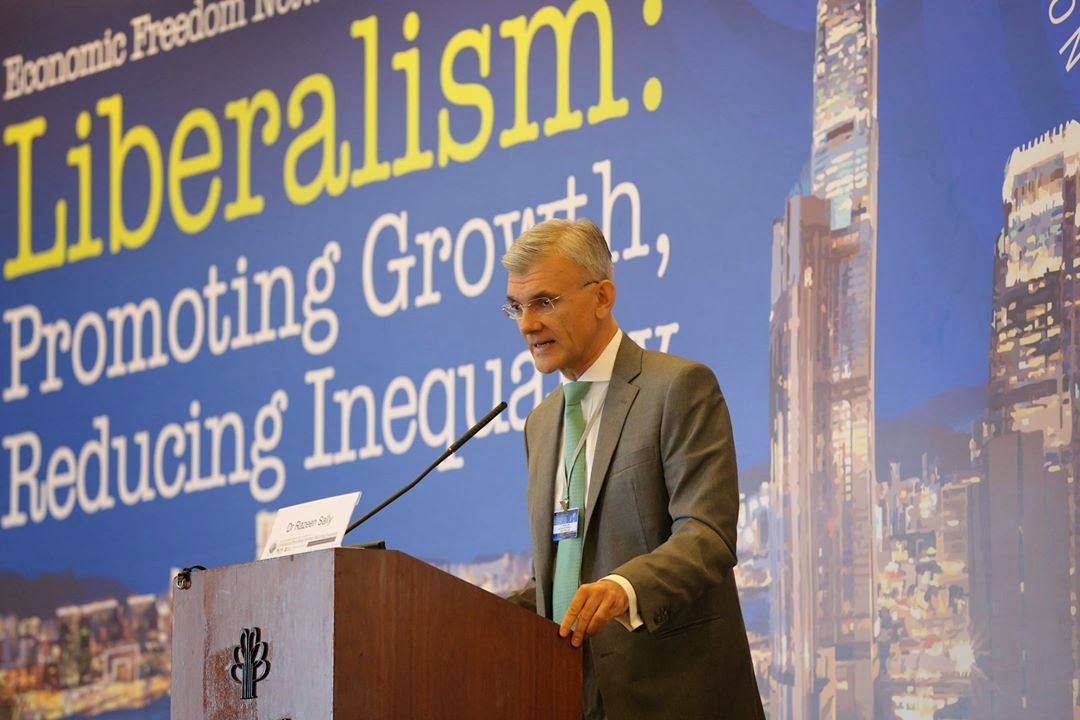 • Ideas about free trade started in the West and were originally exported to the rest of the world. But, today, the major challenges for trade policy come from Asia.

• Trade is still the engine of prosperity and the handmaiden of peace. The ‘New Globalisers’ that have been freeing trade have seen rapid economic growth, reductions in poverty and improvements in welfare.

• Supranational organisations, including the World Trade Organization (WTO), have become too unwieldy to be effective in promoting radical trade reform; they should focus on ensuring that their rules are implemented effectively rather than on seeking radical liberalisation.

• Protectionist interests are alive and well and have influence both within individual countries, such as the USA, and within supranational organisations.

• The relatively liberal Western democracies should focus their trade policy on removing remaining explicit protectionist barriers but, perhaps more importantly, also on simplifying and making more transparent inhibitions to trade such as rules of origin and anti-dumping provisions. It is also important that a ‘culture of evaluation’ develops in the West so that implicit barriers to trade are properly scrutinised – especially within the EU.

• There are over 180 Preferential Trade Agreements (PTAs) in force. PTAs are spreading like wildfire throughout Asia. In practice, many tend to be ‘trade light’ tools of foreign policy and diplomacy.

• Those Asian countries that have successfully integrated into the world economy have done so through unilateral liberalisation. China has reduced its tariffs from an average of 65 per cent twenty years ago to 10 per cent today. This process of unilateral liberalisation must continue, but the USA and the EU need to ensure that the right background for liberalisation exists by eliminating protectionist rhetoric and actions, such as so-called ‘anti-dumping’ measures.

• A classical liberal, ‘small-government’ domestic culture, which includes the promotion of unilateral free trade, will help ensure that the development of free trade is not knocked off course by vested interests. Dangerous vested interests include those promoting protectionism in the name of environmentalism, protecting strategic industries or promoting domestic security.

• The USA is an indispensable anchor for maintaining global peace. Its leadership is currently unchallenged. It has a particularly important role in engaging constructively with Asian countries to ensure that the best political climate exists for the continued development of free trade and internal
liberal reform in Asia.
-------------