After our roundtable discussion on Intellectual Property and Innovation in Asian Markets at Harbour Grand Hong Kong, I and some friends went to the Admiralty center to see the protests. Below, from left: me, Armin Reinartz (Germany), Ken Schooland (Hawaii), Jadranco Brkic (Crotia?), Barun Mitra (India), Wan Saiful Wan Jan (Malaysia). 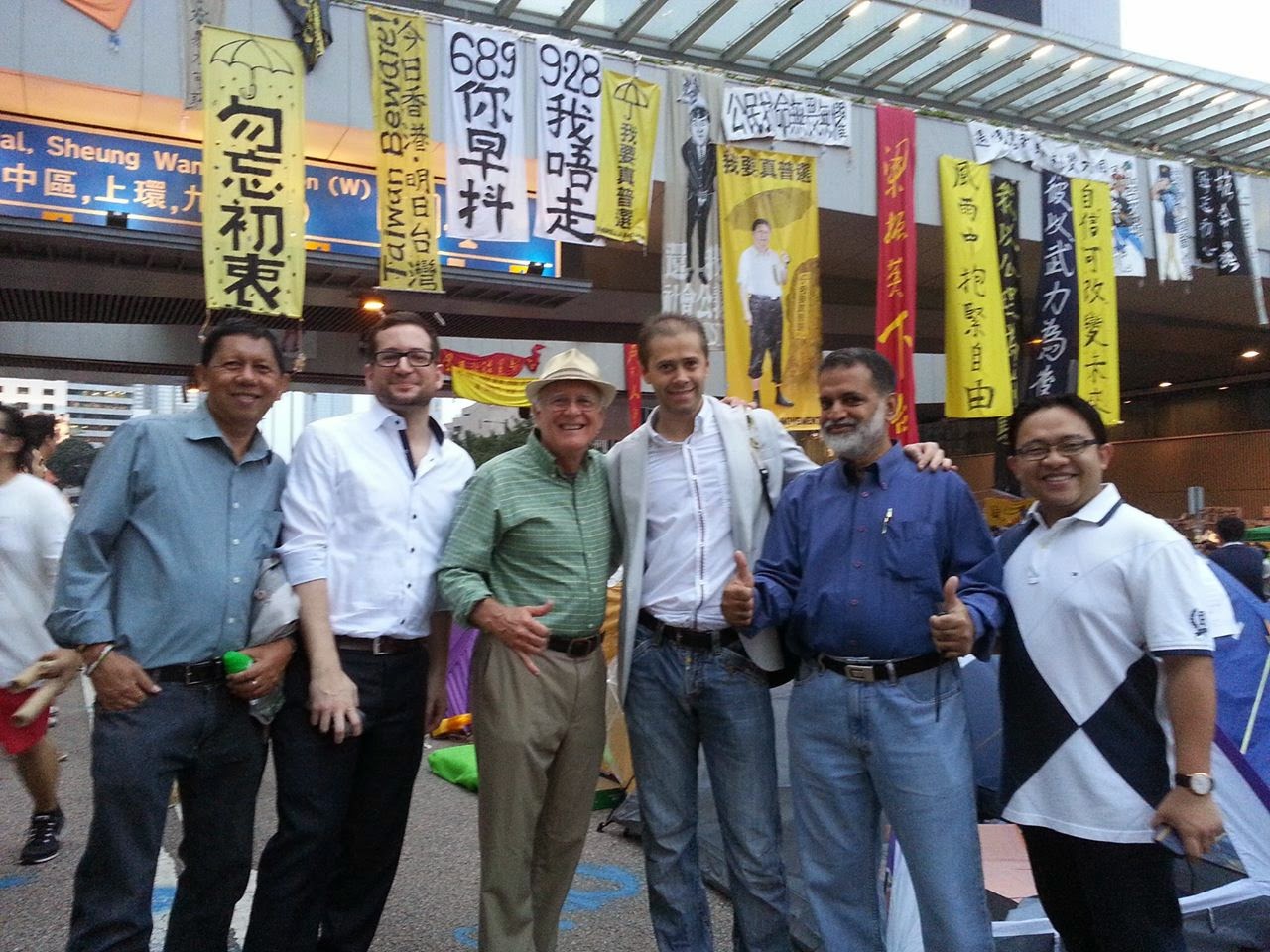 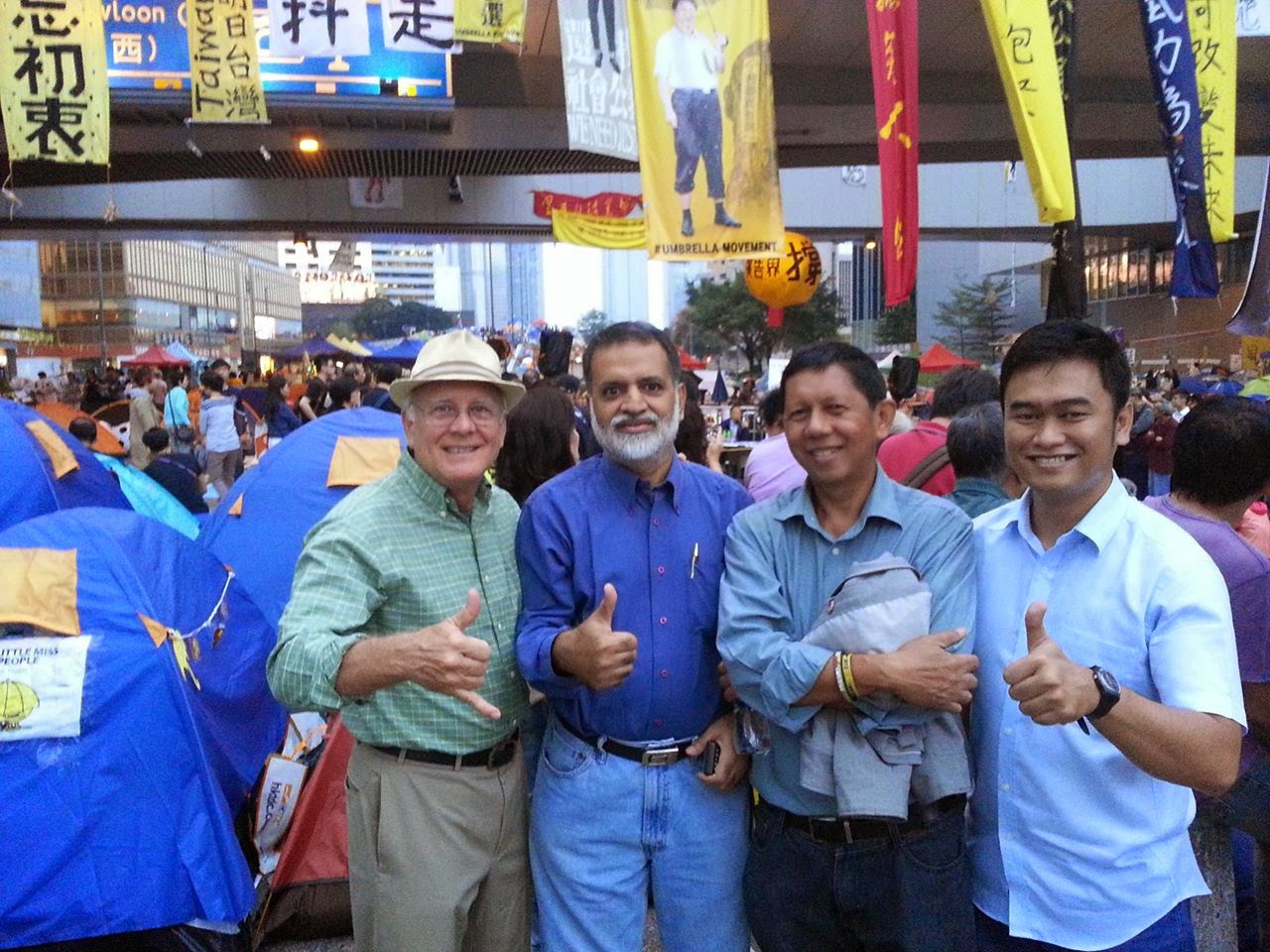 The main protest site. See a photo of China PM Xi, holding an umbrella. We went there around 5:30-6 pm, Not too many protesters and I noticed there were so many tents. Perhaps more tents than protesters that hour, or on most days and hours. 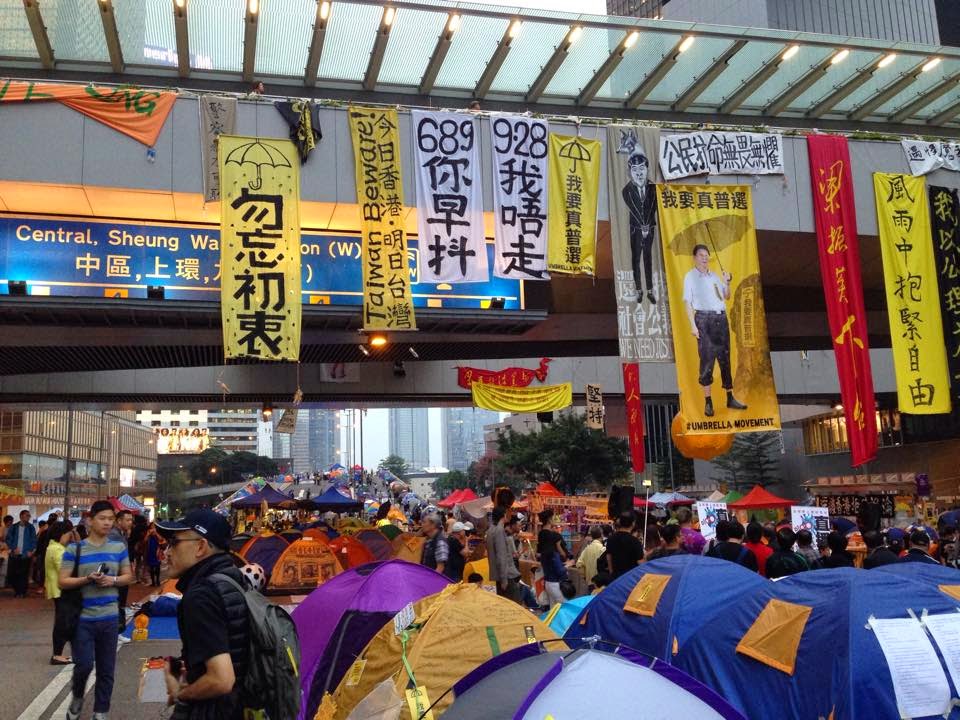 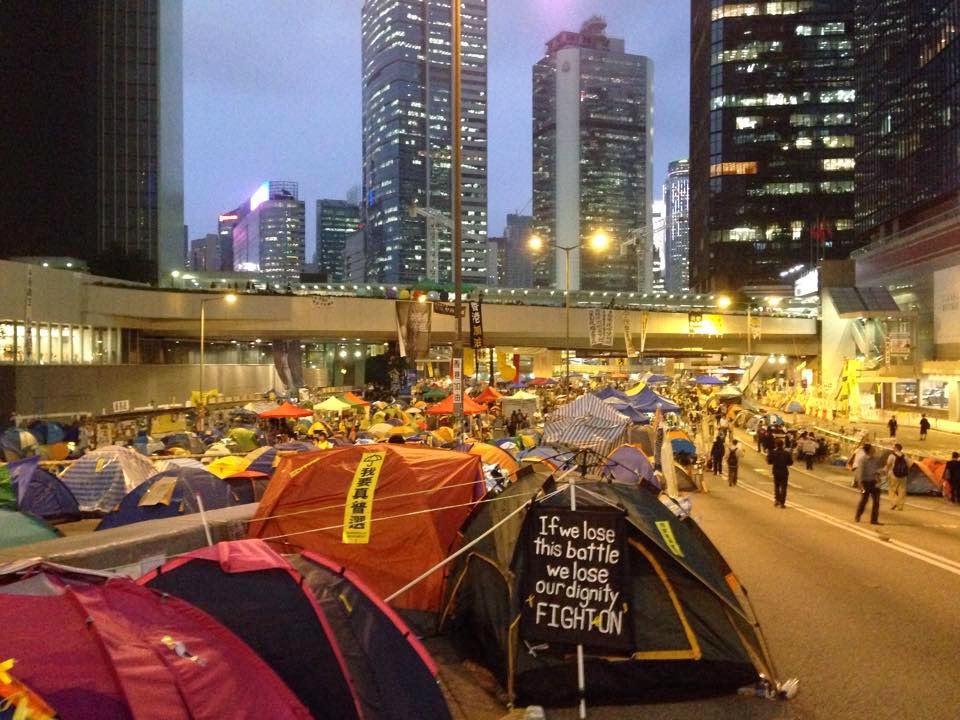 I support the call for more democracy in Hong Kong, that the people here should have the final voice whom they should elect as their overall administrator or President or Prime Minister or other head of state, and not Beijing and the China Communist Party. But I do NOT support continued occupation of major roads by the protesters, or tent occupation. The freedom of expression by the protesters clearly violates the freedom of mobility of other people. Roads are for vehicles, not for people. 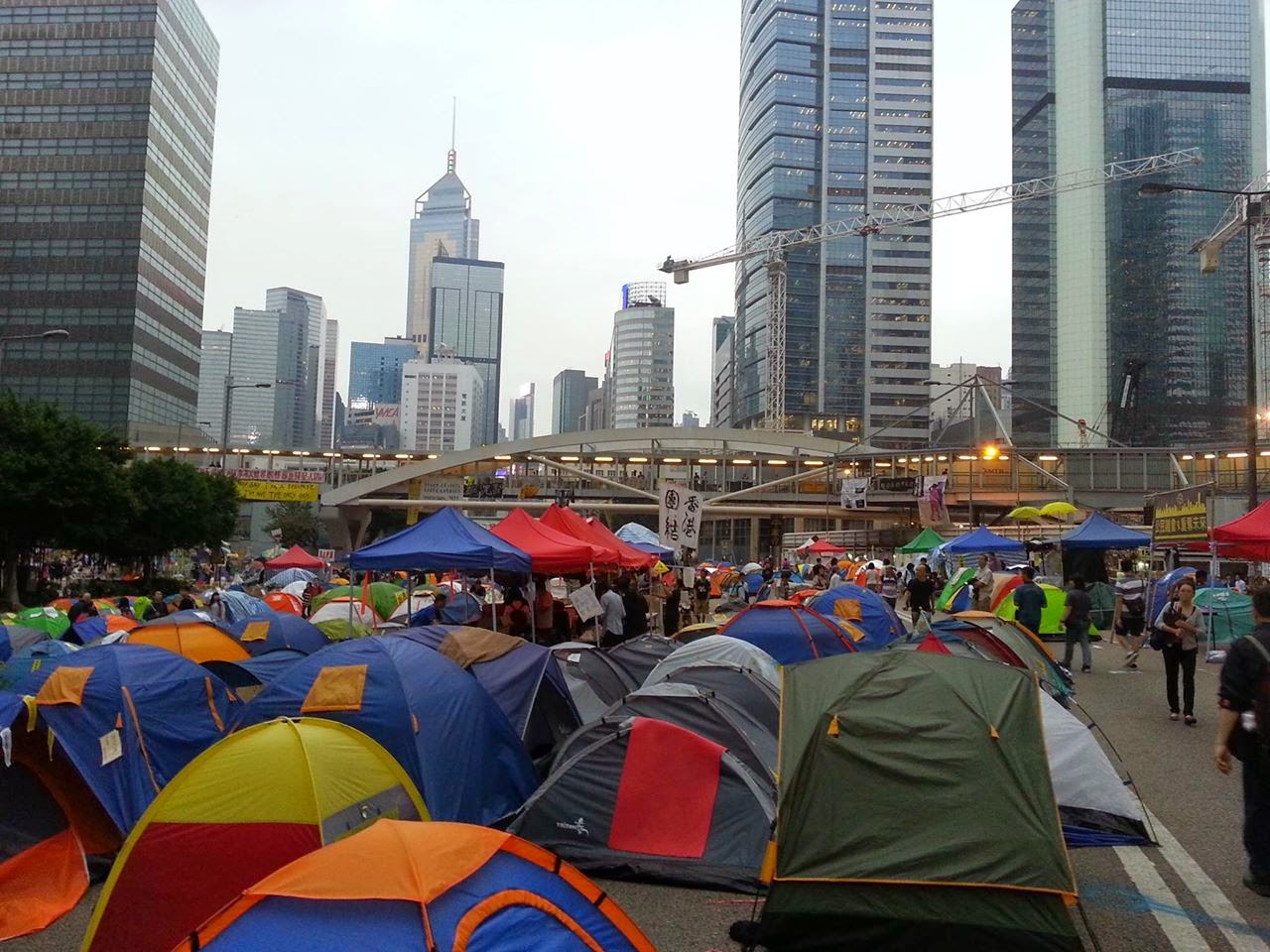 I read though that the HK police have removed the protesters from a park. If so, it was a bad move by the police. Protesters should do their thing in areas where inconvenience of other people is minimized. That way, both freedom of expression by protesters and freedom of mobility of other people do not collide. The protesters do not alienate many people and do not create unnecessary enemies from the public. 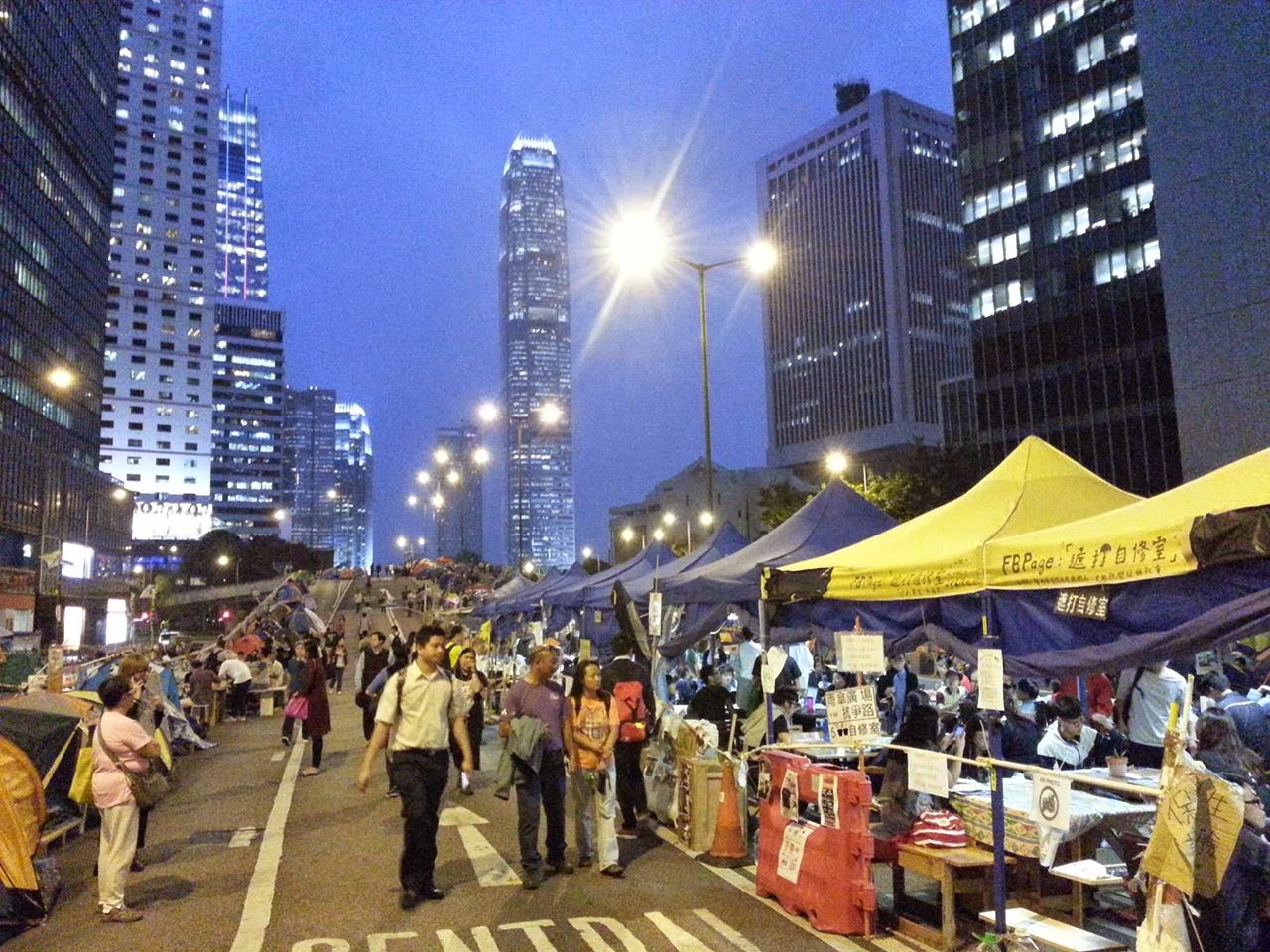 I think a more effective way in practicing freedom of expression is to have huge rallies, protesters stay for just a day or two then go home. Then repeat the process, say once a week or once a month, until their political demands are heeded by their government. There is danger of losing political momentum in this process of course, but inconvenience to  other people and motorists will be drastically minimized.

With Narwin, the giant structures including the IFC building in HK island at the background. 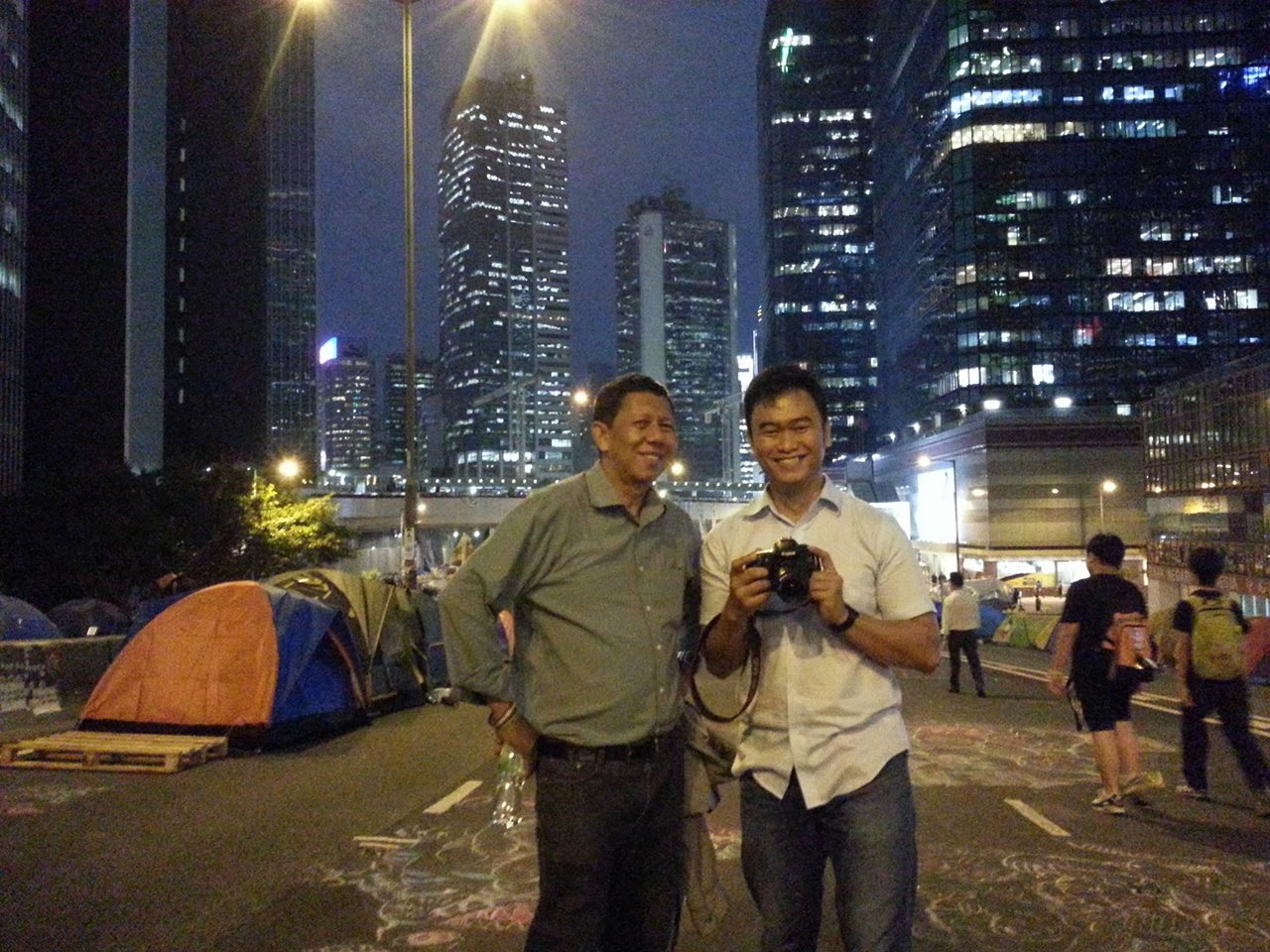