Last Friday, I was one of the invitees of Stratbase Consultancy Group in relaunching the Stratbase Research Institute (SRI) into the Albert Del Rosario Institute for Strategic and International Studies (ADR-ISIS). It was also the 10th anniversary of Stratbase. A number of academic and corporate VIPs there, and only two legislators. Good crowd, it was held at the Manila Polo Club in Makati. 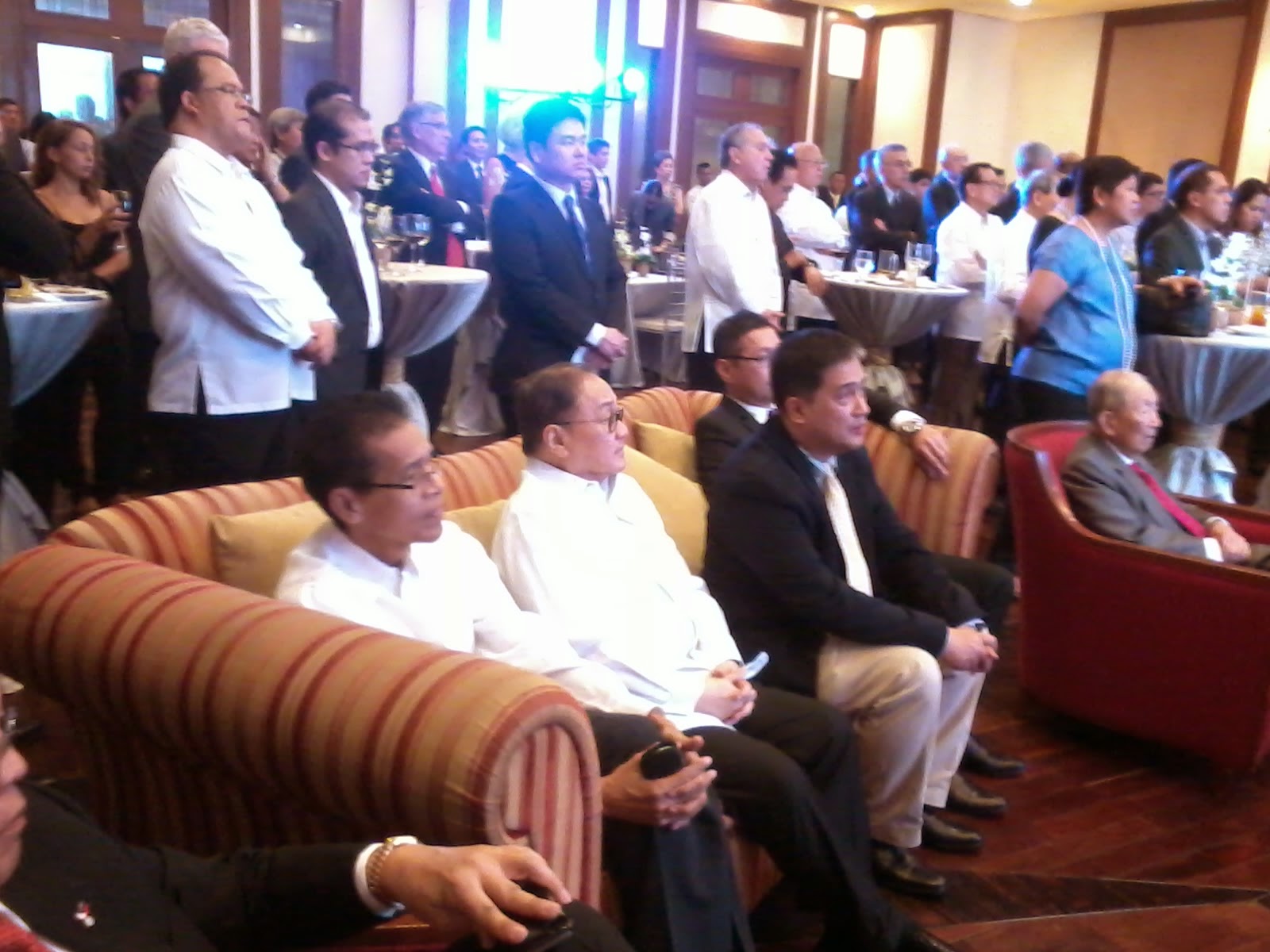 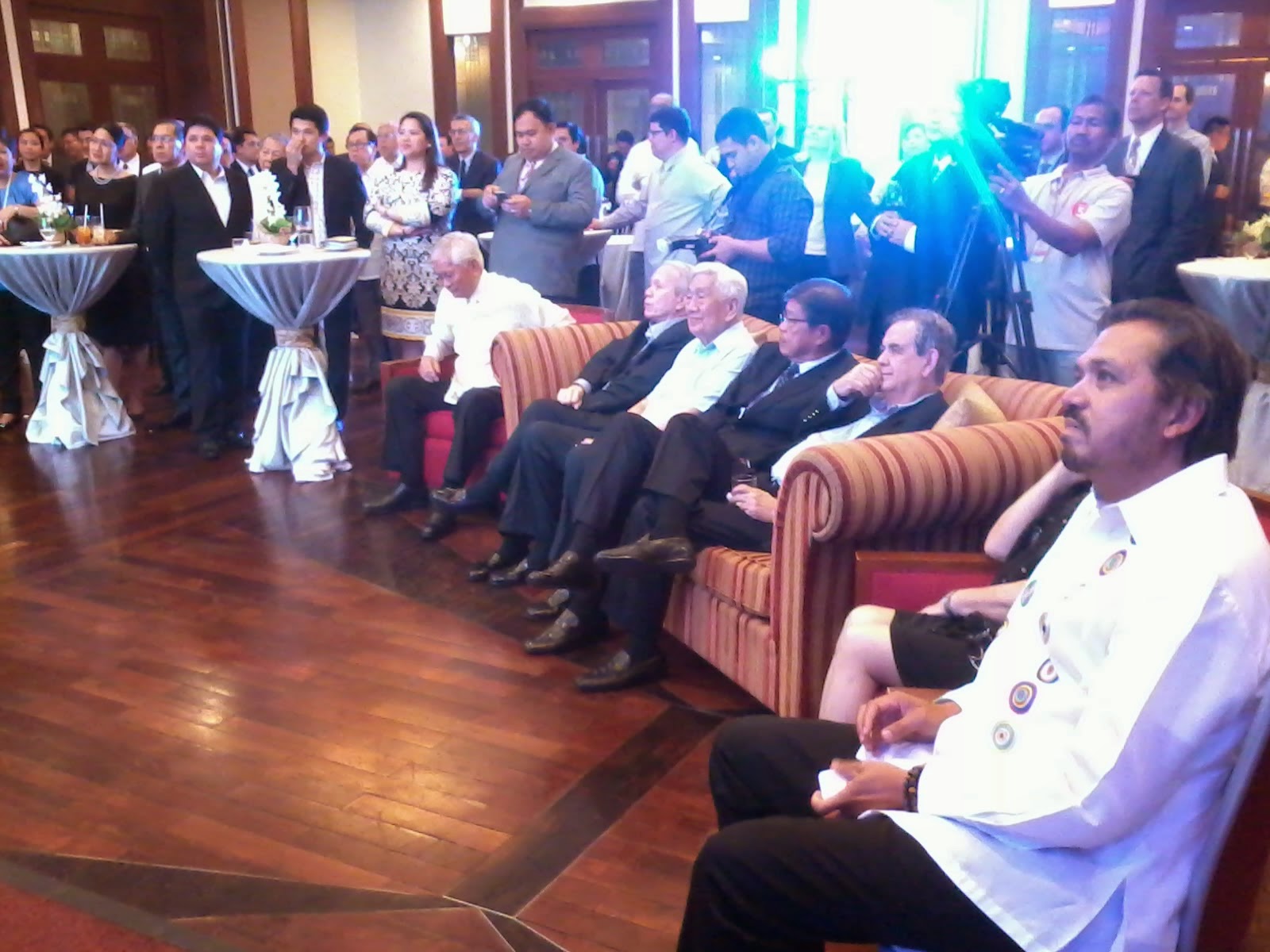 Sec. ADR giving a speech about the new think tank named after him. He was introduced by the founder and Managing Director of Stratbase, Prof. Dindo Manhit, after Dindo gave an overview of Stratbase's 10 years of accomplishments. 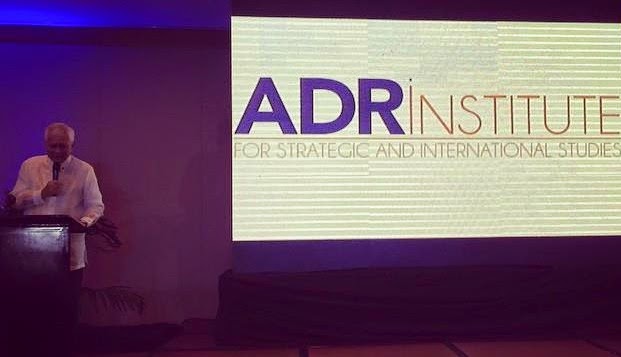 A story from Business Mirror a day before the event. Similar story was reported by Manila Bulletin, The Tribune, Manila Standard and the Inquirer. I met a number of old friends and new acquitaintances there. This photo from left: me, Gary Olivar who is a fellow UPSE alumni, also the Spokesperson of former President Gloria M. Arroyo, Sen. Sonny Angara, Arnel Casanova, President and CEO of the Bases Conversion Development Authority (BCDA), and Felix Ang, President of Cats Motors. 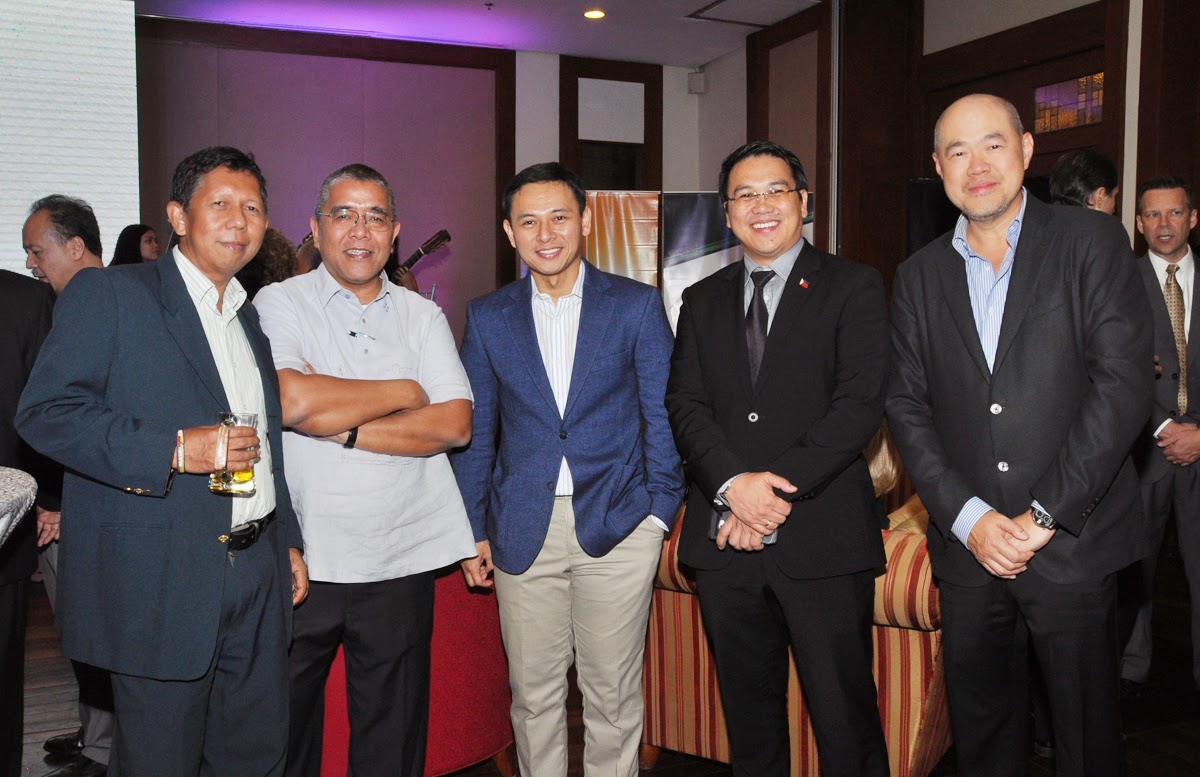 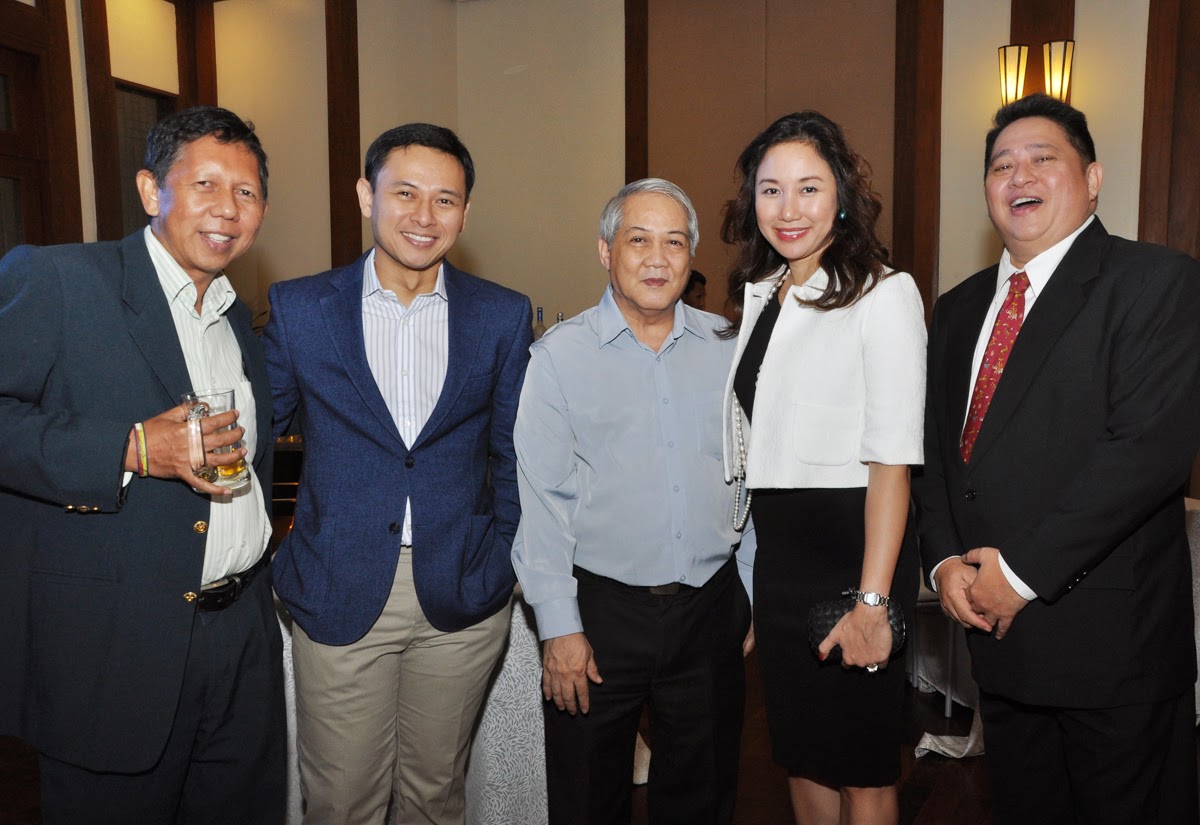 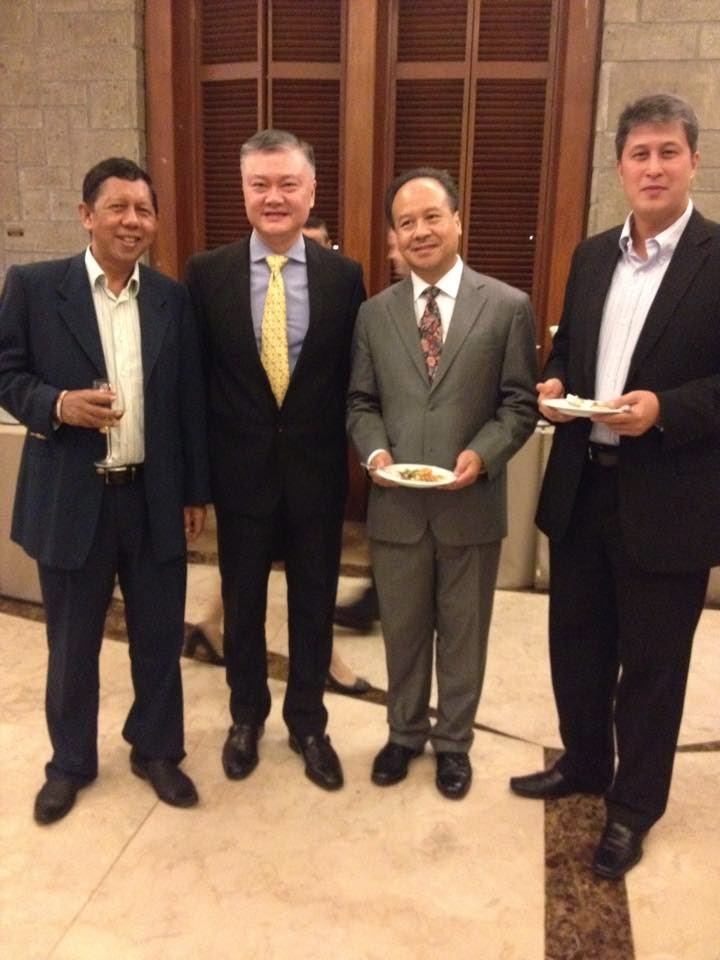 Among the various UP Diliman guys and alumni that night. With fellow UPSE alumni Jeffrey Ng, President of Cathay Metal Corp. and Cathay Land, Raul Pangalanan of UP Law, and Cong. Kit Belmonte of Quezon City. Kit was a former famous UP student leader, coming from a very rich family yet a very activist, "mestisong tibak". 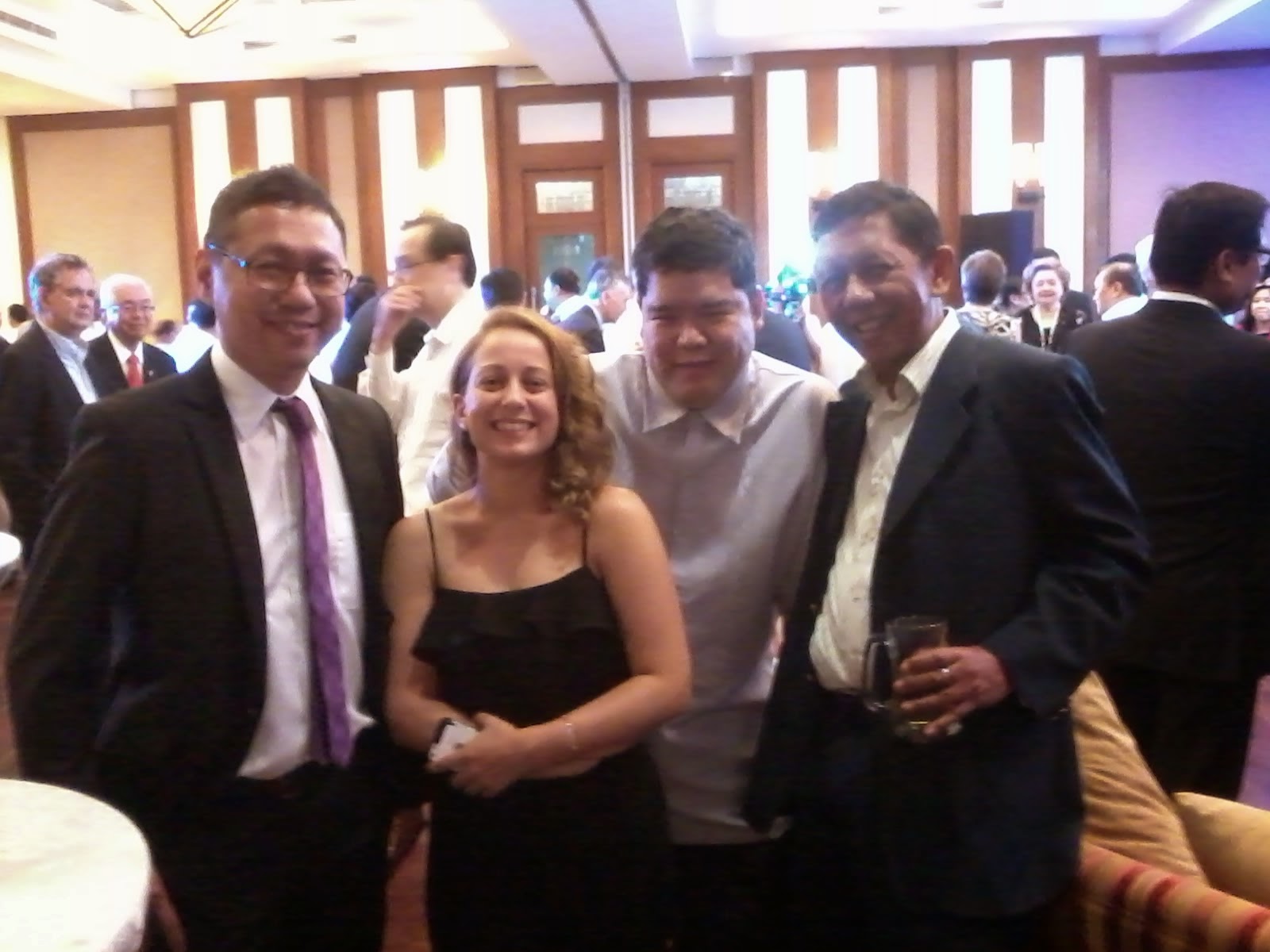 Ok, ADR-ISIS is not a free market think tank advocating limited government, unlike our partner think tanks within the  Economic Freedom Network (EFN) Asia, but I think the ADR think tank guys are open to hearing free market perspectives.  For instance, I was a participant in two small group round table discussions held by CitizenWatch Philippines/Stratbase this year. And two of my papers, one on ASEAN free trade and the other on the Philippines power/energy and rice trade sectors, were published by SRI. Thanks to Dindo.

I hope this informal partnership will continue in the coming years.
Photos above from PBEST, Mikee and my cameraphone.
------------