Mining 46, The new DENR Secretary and other watermelon activists

The new DENR Secretary, a high profile  anti-mining activist, has created a stir among industry players. Last July 03, JB Baylon posted in his wall the following:

THEY'RE STARTING TO SPEAK OUT:

The UP MINERS
The UP 49ers
Mapua's Association of Geologist and Geological Engineering Majors
The UP Gems
The UP GeoSoc
The USEP (Davao) mining engineering students...
challenging those who insist that there is NO responsible mining in the Philippines, and that mining has nothing positive to contribute to our communities and society…. 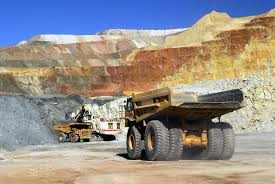 We shall wait for the other watermelon activists - green outside, red inside - to come and support the DENR Sec. Then we'll have great fireworks, fire on them, the works on pro mining groups.

Then another friend wrote in an article in BWorld last July 04.

"responsible mining, which can mean many things to different stakeholders, will just be hollow rhetoric. The reality is that natural resource management in the country is characterized by corruption, poor governance, and agency capture." -- Cielo Magno, "Beyond Responsible Mining", http://www.bworldonline.com/content.php?section=Opinion&title=beyond-responsible-mining&id=129865

I think this is a half factual, half emotional assessment. Jobs, hospitals, roads, schools, housing, farm support, etc. given by some big mining companies in many areas -- not by national or local government, not from taxes or royalties. These are real benefits to the people.

I replied the following:

1. Am not anti-government per se, but anti-BIG govt, anti-welfarist and tax-hungry govt.
2. Re sustainable development, I saw Rio Tuba river with mining, much much cleaner than Pasig or Marikina or Bulacan rivers with no mining.
3. Re local devt plans, I saw Bataraza town proper vs Brgy Rio Tuba, the former gets lots of mining taxes and fees and it looks like a big barangay, the latter pays lots of taxes and fees and it looks like a small modern municipality.
4. Re corruption of mining sector, I know that. Also corruption in forest sector, health sector, education sector, defense sector, etc.
5. Re long-term implication of community services by big mining firms, I like that. More private sector, more civil society role in community devt. Principle of Subsidiarity. What can be done by local govt, do not give to the national or central govt. What can be done by civil society, do not give to local govt.

"When mining ends", many of these employed people are already well-off, their kids are well-education and become professionals and/or entrepreneurs someday.

A free hospital by a private company has more long-term vision than a hosp managed by a Mayor or Governor with 3-years timeframe for re-election. A hosp that requires major repairs or impt equipment can be funded by a firm with long-term stake in that facility, than a Mayor or Governor who would rather use the money to hire more hosp personnel who are their pol supporters. These new, politically-loyal hosp employees can be used for unofficial campaign work in the next election, never mind the new eqpt needed by the hosp and the patients.

When I went to Rio Tuba, my seatmate in the plane was a doctor, Manila-based doctor. His father was a mining employee there, was able to send him to a medical school. Now that doctor goes to Rio Tuba occasionally to render community service for free, medical mission for free, sagot lang ni mining company ang travel nya. No need for hotel, the doctor stays in their old house.

Among the enemies of responsible mining are the central planners in government and foreign aid institutions, and their consultants. Why? They hate to see that the money for public housing, charity hospitals, charity schools (or private hosp and schools that give free or highly subsidized services) community roads, etc. do not go through the hands of government. Thus, that mining-owned hospital, mining-owned school, mining-owned housing, mining-constructed roads in Rio Tuba, are a farce, or "hollow rhetorics" and "reduce tax liabilities" by the mining firms, as pointed out by Cielo in her article.

And it is an irony or double talk of many people. They oh-so-distrust government and politicians, yet they want more government, more politicians, to run and regulate their lives or other people's lives. In this case, if I were a big mining company and I want to put up a 2nd hospital for the community in my new reservation area, the government and many NGOs will hate me because the money will not go through the government (BIR then Treasury, then Congress, to DOH or LGU) as my location and hospital design and hiring of personnel may "not even link to local development plans" and are made only to "reduce tax liabilities of companies". Things should be within the plan, the government plan, central plan.

I distrust big government, big number of politicians and bureaucrats, big welfare and entitlement. Hence I advocate minimal government. But some people also distrust government then demand that we should trust more power, more tax collections and spending by government. Weird.

Let us assume that the tax-hungry groups are correct that the state -- via the national and/or local governments -- should get as big as possible from the revenues of mining, say 70% of the taxable income (ie, net of capex, depreciation of equipment like bulldozers, spending on fuel, salaries, etc.). But that 70% should not all go to the state, portion of it, say half, can be used by the mining company direct to the communities -- build new school buildings, new hospital, new roads, new public housing, sports stadium, etc. -- in and outside the mining area.

This way, even if the mining firm has already closed, the schools, hospital, etc. are still there. Whether the govt, national or local, will maintain them or donate them to the cockroaches, is up to it.

On restoring mined out areas back to forest, personally I don't wish to see that all dug up areas be covered with trees again. They should be left as lakes, man-made lakes. Multipurpose -- catch portion of those flash flood that otherwise will inundate rivers and low-lying areas, store the water for irrigation or community use or even small hydro. use for fishing, even water sports like Caliraya lake. With global cooling coming, we expect more frequent rains, heavy rains. Lakes and rivers' will rise, not the ocean. So we need more areas to impound those huge volume of rain water.
------------