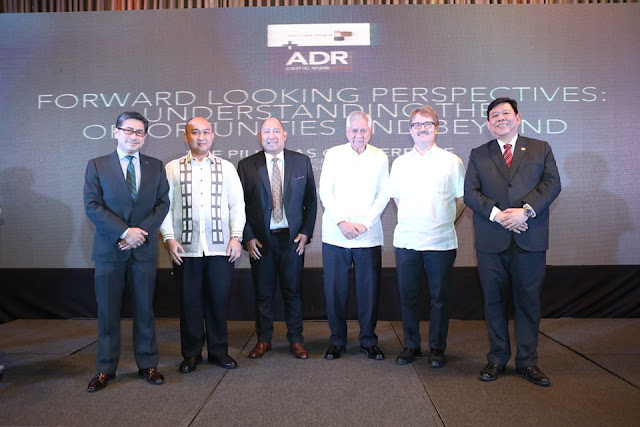 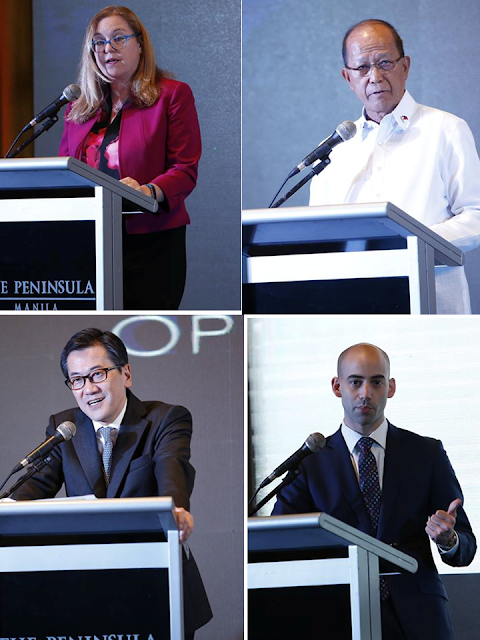 I liked the presentation of Astrid, especially the 3 waves of innovation. I didn't know that the 2nd wave ended in 2015, so this year and the coming years are the 3rd wave. Knowledge-intensive, artificial intelligence, robots, more modern gadgets. 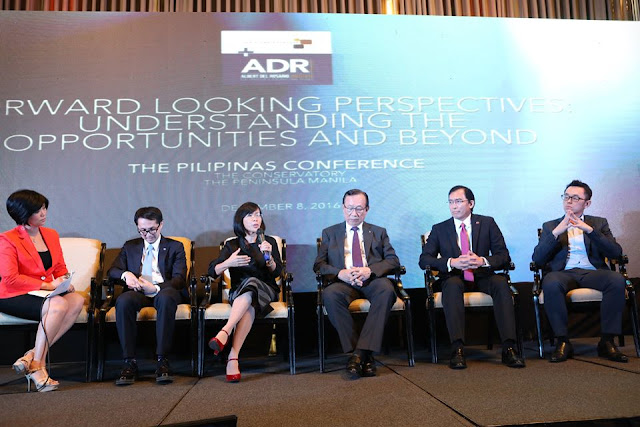 I like the frankness of Ricky Razon, he's straight-talking. Like the Constitution should be amended every 5 years or 3 to be more flexible with the times, need to remove economic nationalism and allow more foreign investments here, etc. 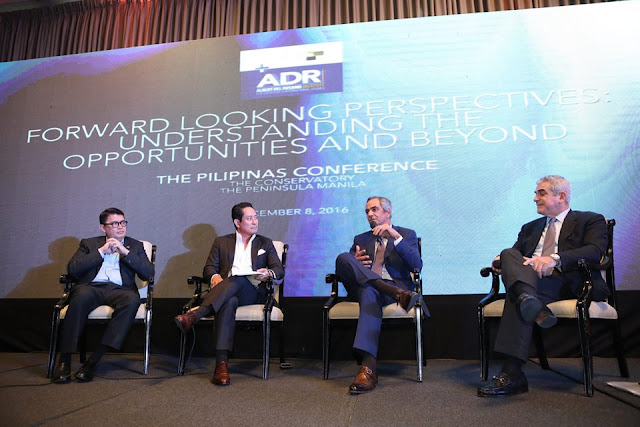 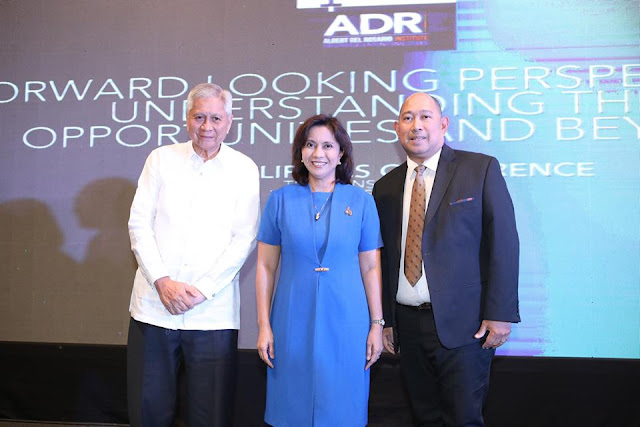 Cocktails after. I enjoyed the food, drinks, networking. Here with some UPSE guys, left to right: Jeffrey Ng (Cathay Land), Dr. Epictetus Patalinghug, Dr. Vic Paqueo, me. Dr. Patalinghug was my teachers in Econ 171 (Agri Econ) in UPSE in the 80s, Doc Vic my teached in Econ 181 (Labor Econ). Jeffrey and VP Leni were classmates and batchmates at UPSE batch 1986. 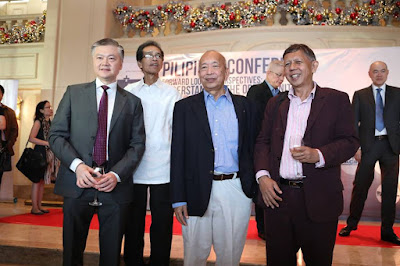 The Stratbase-ADRi team and staff. 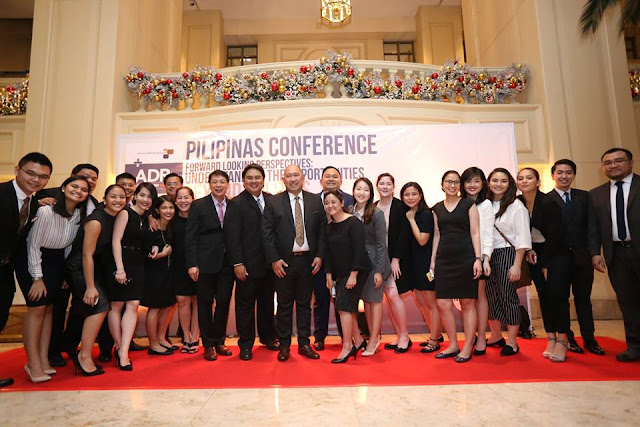 Thanks for the great event, Dindo and team. I enjoyed it.
Posted by Bienvenido Oplas Jr at 4:46 AM