(Note: this is my article for thelobbyist.biz this week)

The purpose of price control of any commodity by any government, is to make that commodity more affordable and more accessible to the poor. The immediate goal is price reduction, without thinking much of whether product supply or product quality may be adversely affected later. 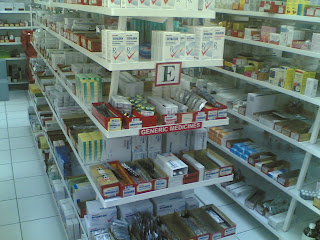 Drug price control and regulation has been with us for the past 15 months now. All players so far have somehow adjusted to the reality that the policy is here to stay for the next months more, or even years. So the innovator pharma companies have resorted to various cost-cutting like laying off some staff and reducing the floor space of rented offices. Generic and local pharma companies have resorted to either further price reduction to their already low prices, or pulling out from the market those drugs whose price can no longer be brought down further.

The poor have actually benefited already from the dynamic competition among various drug producers in the country as most drug molecules are already off-patent and can be produced by many generic manufacturers under different product names. So when the government forced the 50 percent mandatory price reduction for several branded drugs by multinational pharma companies, the poor did not benefit much, but the rich and the middle class benefited from such move as they now enjoy a 50 percent discount to drugs that they are going to buy anyway even if the price is deemed “high”.

What was affected was the more than two-decades long promotion of generic drugs by the DOH. Many middle class consumers shifted back to the branded drugs by innovator pharma companies as their prices have become lower.

DOH UnderSecretary for Policies, and was directly in charge with implementing and monitoring the drug price regulation policy, Alex Padilla, told me in an email exchange (he gave me permission to quote him on this) that “there were mixed results and that the voluntary price reductions have actually led to some competition and further lowering of some prices, including the generics. In many respects, the medicines affected by the price reductions are now relatively at par with other ASEAN prices.” 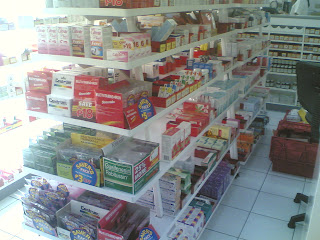 While the general lowering of drug prices in the country is “good news”, what was removed from many public discussions is the impact on the investment environment of the country in general, and the pharma sector in particular.

I think the long term damage will be on how innovator companies will look at the Philippines. One possibility is that if they have new, more powerful, more disease-killer drugs, they will bring those in HK, Singapore, Japan, S. Korea, others where there are no threats of price regulation or CL and other IPR issues, but not in the Philippines. So only old drugs or still patented but with only about 2 yrs left in the patent life, will be brought in here. For those desperate to get the new and more powerful drugs, they may have to buy them abroad, or they may have to travel abroad to seek treatment. Either case, it will make treatment become more expensive.
Posted by Bienvenido Oplas Jr at 11:05 AM