I just read that Sweden is freezing this week, up to -36 C of severe winter, and it's not yet January. In some areas, they have to call in the military to help,
Extreme Winter Weather…-36°C…Sweden Calls In The Military! 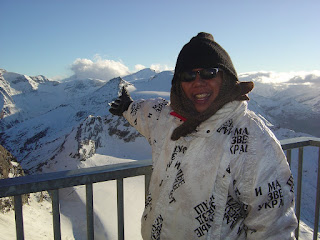 I went to Sweden and attended a seven-weeks training on "Sustainable Agriculture in an Environmental Perspective", from September to mid-October 2003. The traiing was in Svalov, while our hotel was in Lund, near Malmo, southern Sweden. We also visited Stockholm and Uppsala. Oopss, the picture here is not in Sweden, but in a glacier in Austria. I visited my German friend in Bavaria in Nov. 2008 after my other training in Gummersbach, and my German friend brought me to Austria. 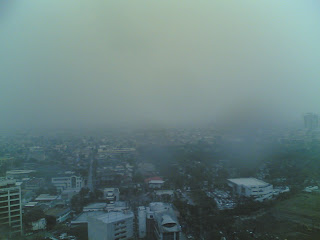 Here in the Philippines, we have cloudy sky almost everyday, and often raining in the afternoon to evening. My friend in Jakarta said it's also raining there almost everyday.

More proof that the Earth is entering global cooling, not warming. And this will last for the next 2 decades or more, according to some solar physicists. And CO2 and human carbon emission has little or nothing to do with the Earth's climate cycles of warming-cooling-warming-cooling.
Posted by Bienvenido Oplas Jr at 4:53 PM