(Note: The original title of this paper was "Mandatory Drug Price Discounts")

Last week, I attended the first meeting of the DOH Advisory Council for Healthcare. This body used to be called the Advisory Council for Drug Price Regulation. Curious why a free marketer like me is attending meetings of the government that imposed drug price control? Well, I attended it mainly to listen to what the industry players have to say based on their actual experience, and to help explain to the DOH officials that price control is not the way to achieve the goal of cheaper drugs or whatever commodity. More competition from more players will achieve that.

Anyway, the various industry players were there in the meeting as usual -- the multinational pharma, local pharma, drugstores (from Mercury to Watsons to small ones), hospital associations, medical and pharmacist associations, NGOs (me among them). There were also participants from other government agencies like the DTI, Food and Drug Administration (FDA), and PITC pharma. 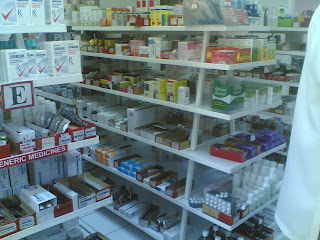 The old and renewed pain of the drug retailers were raised once more related to the obligatory, mandatory discounts for senior citizens (SC) and persons with disabilities (PWDs). And recently the expanded senior citizen law.

Before, it was 20% mandatory discount (SC and PWDs).
Then there was the drug price control policy, mandatory 50% discount.
And after that, the expanded SC discount of 12% 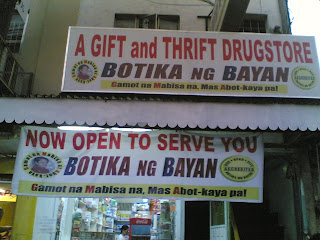 So drugstores, especially the small ones, that earn a gross profit margin of 5 to 10 percent will now be forced to shoulder the above mandatory price reductions at no cost to the government. All costs will be borne by the drug retailers and drug manufacturers. The mandatory revenue losses are not subject to tax credits.

When politicians like legislators think of "welfare", one variation is that the full cost of such welfare is entirely on the sellers and entrepreneurs, not on them or the Executive branch. Let the drugstores (small ones, esp.) lose and close shop, or let them stop selling some affected drugs, or let them sell cheap but counterfeit drugs perhaps to help recover the losses, they won't care. So long as they can "give welfare" at no cost to them or to the national treasury.

The other and more dominant variation of welfare, is that taxpayers foot the bill, like the conditional cash transfer (CCT) and various other programs.