Tobacco Tax 3: When Supply is Killed But Demand Persists

There was a joke I read that goes like this:

1980s and earlier: A man goes to a convenience store, buys cigarettes and whispers to the salesman, "And condom please."

Now: A man goes to a convenience store, buys condom and whispers to the salesman, "And cigarettes please." 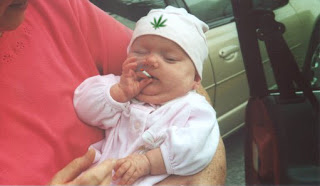 Personally, I am for regulating tobacco use. Well, the fact that I'm a non-smoker, that probably explains why. Also, when coupled with "health is a right" mantra, where people who over-smoke, over-drink and over-eat have the "right" to run to the state later to demand that "health is a right" when their lungs, liver and other internal organs become dilapidated, I don't like that.

My concern is when demand will remain even if supply is cut or killed. Hence, the sub-title, "Supply is killed, demand persists".

Take gambling. Governments have illegalized many gambling events like "jueteng" in the Philippines. And more illegal gambling flourishes in those countries.

Take drugs. The US and many other governments have illegalized various drugs, and more illegal drug supply flourishes. And they're really killing each other big time, hundreds killed on both sides, just to implement anti-drugs policies.

Take prostitution. And Catholicism in some non-Catholic countries. And gays and lesbians in supposedly macho societies. 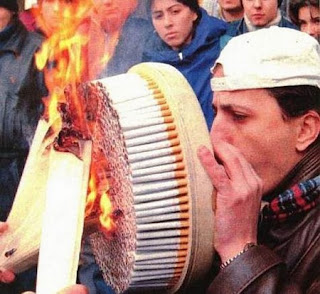 So now, if we ultimately "succeed" in banning legal tobacco from the "evil" multinational tobacco companies -- like the "evil" multinational pharma? -- what if people will just shift to home-made tabako, or smuggled tobacco, nga-nga, ma-ma` (Ilongo term). In those non-traditional tobacco products, there is zero government regulations in terms of advertising and marketing, zero taxes, only high corruption and bribery with government officials. People just want to smoke, to puff nicotine and various other chemicals into their lungs.

Will this be helpful?

I don't think so.

Thus, there should be a balance between allowing smoking by people who are fully aware of the long-term consequences of smoking. Tax-hungry governments will earn lots of taxes and money from tobacco companies and sellers.
-------

(1) Why Are Excise Tax Revenues Declining?


(This is my article for People's Brigada News last weekend)

As expenditures keep rising, tax revenues also keep rising. Not because tax rates are rising, the same rates will apply, but with increasing number of individual and corporate taxpayers, the overall tax revenues will increase.

Tax collections by the BIR will increase from P750.3 billion last year to projected P860.4 billion this year and P940 billion next year. The bulk of the increase will come from corporate income tax, VAT and personal income tax revenues. Other taxes like documentary stamp tax, percentage tax, banking tax, are on an increasing trend.

As the number of smokers, drinkers and vehicles in the country increase, excise tax collections are supposed to increase. But this does not seem to happen What happened? Two factors can possibly explain.

One, taxation of alcohol and tobacco products is considered among the corruption-prone measures. Big, rich and influential businessmen with high political connections among legislators who craft tobacco taxation are involved in the sector.

Two, fuel products are a big necessity for all sectors of the economy, certain sectors resort to smuggling the product to keep the prices relatively low.

The government should simplify the tax rates on alcohol and tobacco, have only one or two rates for all products, and throw away the multiple classification of such products that creates lots of loopholes for tax cheating. And government should abolish the excise tax on fuel products because oil is not a “public bad”, it is a necessity for all sectors of society.
(2) On Increasing Tobacco and Alcohol Tax


Our think tank, Minimal Government Thinkers, is among the signatories of a campaign to hike the taxes on tobacco and alcohol products.

Today, the statement was covered in BusinessMirror, I dont know where else. The title is 33 CSOs urge Congress to increase ‘sin’ taxes. Portions of the report,


AT least 33 civil-society organizations and leaders on Thursday called on Congress to immediately act on the increase of excise taxes, following a statement by President Aquino backing reforms on excise taxes on “sin” products, including tobacco and cigarettes....

“In the Philippines alone, almost 90,000 die every year [or about 10 Filipinos die every hour] from smoking-related diseases.” Thus, they added, “increasing taxes of tobacco products is the most effective means to reduce tobacco consumption....

Yes, taxes on tobacco and alcohol products should rise. If people do not want to be taxed high, then they can reduce smoking and drinking. Me, I never smoke, and I drink only occasionally.

And taxes on medicines -- import tax, value added tax -- should be abolished. It is hypocritical for government to announce over and over, "cheaper medicines" but actually impose taxes that contribute to expensive medicines.
-----------