Pol. Ideology 17: The LP and the Philippine President

In a facebook status by one of my friends, she observed how a number of top officials of the current administration under President Benigno S. Aquino III (BSA3) seem too juvenile and arrogant in their work. 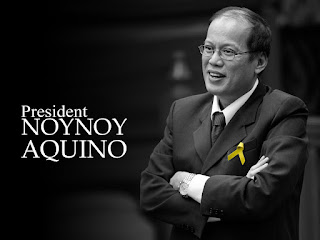 I commented in her fb status my personal observation: where is the Liberal Party (LP)? BSA3 ran on a liberal platform, not socialist or nationalist or pure populist platform. Thus, the liberal agenda as defined in their campaign program and promises should prevail in this administration's agenda. Not the specific agenda and personal interests of people that BSA3 employed outside the party.

Many of the officials appointed by the President, I observe, are non-party members. They are not part of (LP) party ideology and party discipline. Although I also observe that LP's practice of what is "liberal economics, liberal politics" is also not so distinctive. Their liberalism is focused too much on promises of "good governance/anti-corruption" platform.

When I voted last May, I held on the party philosophy. I don't believe in socialism, I dont believe in nationalism and anti-globalization, I don't believe in pure populism. I believe in liberalism, especially the classic liberal (not american liberal or neo-neo-liberal label) philosopy, emphasizing individual liberty, more personal responsibility.

All political parties in the last elections campaigned hard on anti-corruption platform, so it is difficult to differentiate one from the other, except the personalities and standard bearers of the party. The LP and BSA3 should go back to their liberal agenda during the campaign.


The freedom of every individual is at the core of our beliefs. Liberals aims to build a society in which individual men and women are entitled to pursue their aims, develop their talents and fulfill their potential free from arbitrary interference, and are able to exercise real power over the institutions that govern their lives. The necessary condition for the creation of an environment in which individuals can genuinely prosper and to maximize their potential is by enabling them to take and use political power.

We believe that the power of the individual is best expressed and secured within communities. Communities help people not just to realize their rights, but to recognize their responsibilities to others and to broaden the common good. This is the necessary social framework without which individuals cannot truly flourish. The empowerment of individuals therefore also requires empowering the communities to which they belong.

It is your promise. It is your commitment. You are duty-bound to stick to it.

* Six months ago, I wrote this related paper,

A friend articulately wrote an article, "Why _____ is the Best for Philippine Democracy and Development?" Among his main arguments are:

1. Candidate’s program is the "politics for God and country".
2. His promise of "Walang Korapsyon"
3. His ability to mobilize the spirit of volunteerism.
4. His 7E's platform for democracy and development (Eradicate bad governance, Energize the economy, Empower the people, other motherhood calls).

In the upcoming Presidential elections, there are at least 4 candidates from small political parties. While they all have something useful to contribute to Philippine politics as they expand the choices for the voters, there is something problematic with their insistence to run for President.

My main critique of politicians from small political parties running for President, is that they are weak, if not lousy, in political party building. They focused on personality-building, highlighting the personal achievements, beliefs and advocacies of their “standard-bearer.”

The politicians from small parties did little to develop a broad-based political party from the grassroots between 2004 and 2010. They just shot up from somewhere a few months before the elections and offer themselves as the "best" leader with no sufficient leadership to show in actual political party-building or coalition-building. They cannot even coalesce and unite among themselves, none of them would give way to support the other principled-but- small groups. They all want to be proclaimed the "best", or the "most honest" or what have you, presidential candidate.

The process of party-building, rather than personality-building, is also a good measurement of how transparent and how accountable the politicians of a particular party are. Those with dictatorial tendencies or those who do not stick to the party philosophy and ideology would see their political party thinning out and breaking apart soon.

My personal bias is to vote for a presidential candidate or political party who will promise or plan to have a smaller government, smaller and fewer taxes, allow bigger role for personal responsibility, individual liberty and market competition. Since I cannot find such political party now, and I am lazy to put up my own political party or work with other individuals to push such advocacies at the political party level, then I will go for candidates and a political party that approximates my personal bias and philosophy. I will vote for candidates who have the least record of heavy state intervention, those who enacted the fewest laws, regulations and prohibitions. This option is a hundred times better than offering myself or some friends to the public as the "best" or "most honest" or "savior" or what have you adjectives.

A citizens’ movement for bigger personal responsibility, lesser government responsibility in exchange for fewer and smaller taxes, regulations and prohibitions, should start now and the coming months. The pressure to politicians during campaign period would push them to become more welfarists and subsidy-giving, with the implicit and inevitable consequence of retaining the existing high and multiple taxes, fees and charges. Or raising taxes later on.

Such citizens’ movement need not be centralized. In fact, it is better that such movement will be decentralized to allow greater leeway and dynamism for individuals and groups that advocate the philosophy for greater personal responsibility and greater individual freedom. Party-building can start from such initiatives. Personality-building should be minimized. The idea should prevail over the personality. Ideas can last for years and centuries while personalities can last for only a few years or decades.
---------
See also:
Pol. Ideology 11: Liberalism, Democratism & Authoritarianism, January 04, 2009
Pol. Ideology 12: Lao Tzu, Cooperative Individualism, February 07, 2009
Pol. Ideology 13: Liberty and Liberty Forum, the LP, March 19, 2009
Pol. Ideology 14: Liberalism and Democratism, January 18, 2010
Pol. Ideology 15: Socialism, Conservatism and Liberalism, March 08, 2010
Pol. Ideology 16: Liberalism and Social Opportunity, July 29, 2010
Posted by Bienvenido Oplas Jr at 3:33 PM