This Christmas 2011, I want to thank a few groups and friends whose help has allowed our think tank, Minimal Government Thinkers, Inc. survived the past few years with their various support and assistance.

First on my list is the International Policy Network (IPN), a private and free market think tank and charity organization based in London, UK. It is headed by Julian Morris, who was also an Economics Professor at the University of Buckingham. Julian has moved to the US as VP of Reason Foundation, another free market think tank based in LA and Washington DC, USA, but Julian retained his position at the IPN.

My partnership with IPN started in June 2005, when they organized the Global Development Summit, a one-day international conference arguing for more free trade, not more foreign aid. It was set more than a week before the G8 Summit in Scotland, UK. I was one of the panel speakers then, along with Barun Mitra and Mohit Satyanand (Liberty Institute, India), Franklin Cudjoe (IMANI, Ghana), James Shikwati (IREN, Kenya), Leon Louw (Free Market Foundation, S. Africa), and several others.

The G8 summit then was met with very strong lobby by various groups and NGOs worldwide, led by British rock stars Bob Geldoff and Bono of U2, to "fight poverty" or "make poverty history" via more foreign aid by governments of rich countries, to the governments of poorer countries in Africa and other developing world.

I cannot find my pictures there, but I composed a song, "I don't like more aid" which we sang -- along with Julian, other speakers on stage during the conference -- to the tune of "I don't like Mondays" made by Bob Geldoff and his rock band then in the 80s or late 70s. See the lyrics here,  Rockin' Geldoff and Foreign Aid (November 20, 2005).

It was also my first time to set foot in London and UK. I liked that city, very clean and so many public parks, but things are so expensive.

Our second engagement with IPN was when we held the "Symposium on Intellectual Property, Innovation and Health" in early September 2007, at Manila Hotel. It was an MG-IPN forum, we made the local preparations and invites, IPN provided the funding. The speakers were Philip Stevens of IPN and Bibek Debroy from India. The moderator was Dr. Epictetus Patalinghug, Professor at the UP College of Business Administration, also MG adviser. 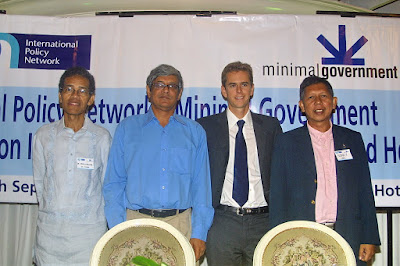 Philip and Bibek (2nd and 3rd from right) talked, among others, about the importance of innovation in medicine development, other measures that the WHO and Health Departments or Ministries of governments can do like improving the health infrastructure, expanding the generic drugs sector, and not become too focused on drug patents and pricing of newly-developed medicines. They also briefly talked about the social health insurance system in UK and India. 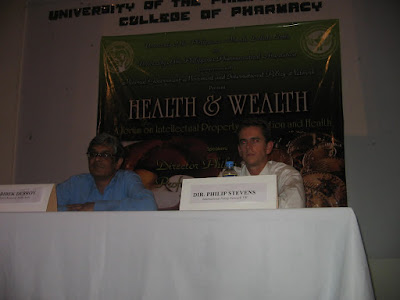 In the afternoon of that day, Philip and Bibek also spoke at the UP College of Pharmacy auditorium, the event was jointly organized by the College and the UP Debate Circle, where MG VP Robin Lucas, was a leader. The audience were mostly pharmacy and nursing students and faculty members.

Prior to the IPN-MG symposium, I was not reading and writing about the "Cheaper Medicines Bill" then which was hotly debated in Congress. After that activity, I started writing about the bill and on intellectual property rights (IPR). By 2008, IPN gave MG some modest funding, just sufficient to pay off some debt as MG was operating in previous years with practically no funding.

Philip was also the editor of a well-written book, Fighting the Diseases of Poverty, published in 2007 (330 pages). I was one of the minor co-authors in two of its nine chapters. 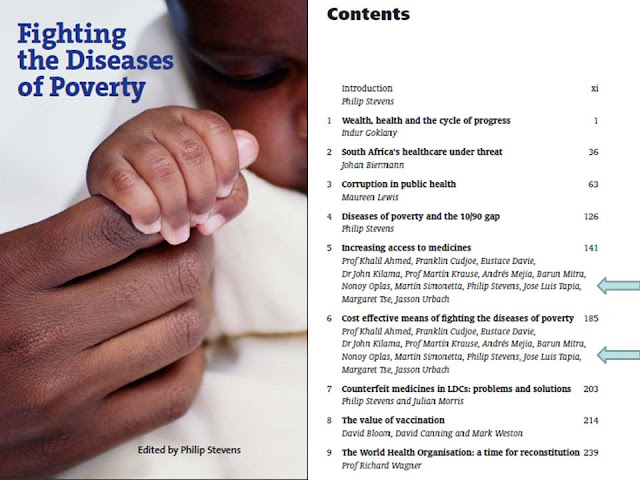 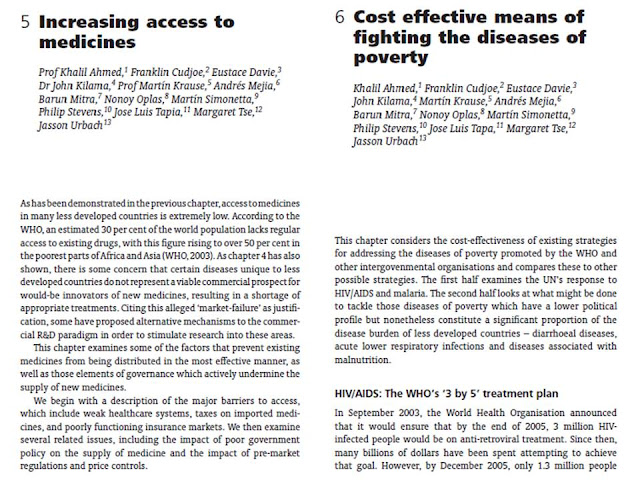 Since then, IPN would be publishing more papers and studies on health, free trade, climate and energy, and MG Thinkers would be among the international co-sponsor think tanks and organizations of those publications. 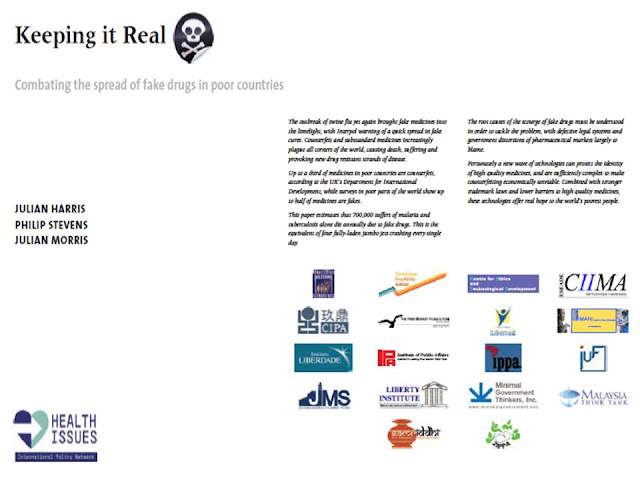 Do Stronger IPRs Deliver the Goods (and Services) in Developing Countries?, October 12, 2010 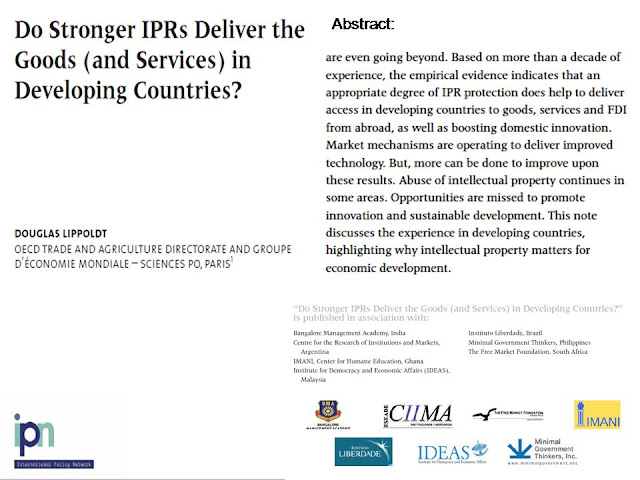 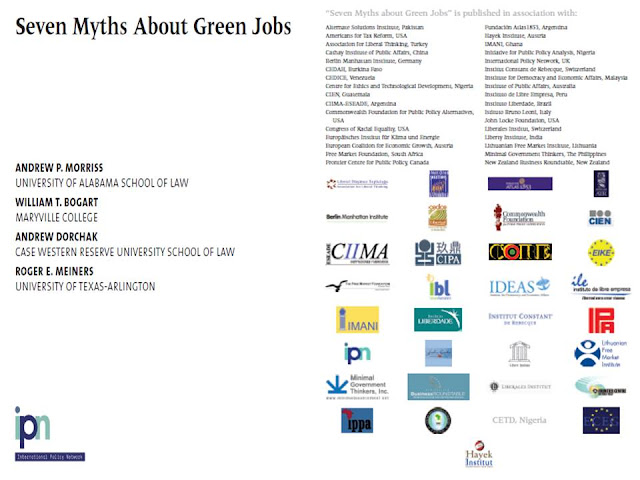 Two more papers on health:
1. Producing medicines for chronic disease in less developed countries, May 2010
2. A Safe Medicines Chest for the World, May 2010 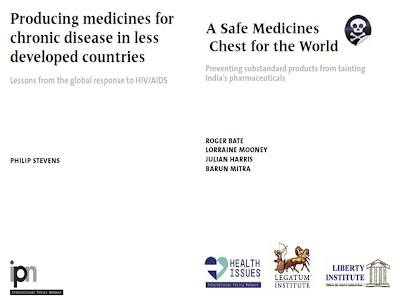 I was one of 4 speakers in that meeting. The three other speakers were Amir Ullah Khan of Bangalore Management Academy in India, Philip Stevens and Julian Morris.

Finally, IPN also organized a few international projects like the Civil Society Coalition on Climate Change (CSCCC), a network of free market-oriented think tanks and NGOs from many countries who do not believe in climate alarmism and global ecological central planning project by the UN, Al Gore, foreign aid agencies and many country governments.

The Freedom to Trade  (F2T) international coalition was also initiated by IPN and the Atlas Economic Research Foundation.

In all these international coalitions and networking activities initiated by IPN, MG Thinkers was a member or partner, the only Philippine-based think tank which has been so honored to be invited to such prestigious network.

This year though, IPN suffered some financial constraints, but it's still there. Some of its hard-working staff like Philip and Alec van Gelder have moved on to find other jobs.

I am truly and sincerely thankful to IPN and Julian Morris for their various support extended to MG Thinkers over the past few years. I would even say that without IPN, MG Thinkers would have been back to an obscure organization operating on debt.

There are other organizations that support MG Thinkers in kind. I will write about them in the next few days.
--------