Two cases here from two patients who were hospitalized this month, and how much PhilHealth deductions were claimed at the respective hospitals. 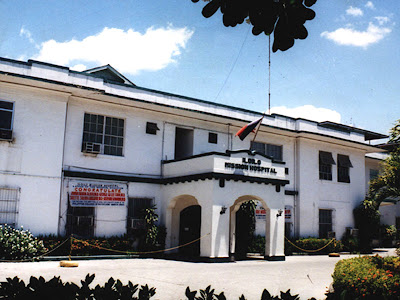 My daughter, 5+ years old Elle Marie, was hospitalized in Iloilo Mission Hospital (IMH), Iloilo City, Dec. 22-23, 2011. She was vomiting on the night of Dec. 21, possibly due to some food poisoning in a buffet lunch Christmas party that we attended that day. Anyway, here are the total costs of her hospital bill, in Pesos:


* Pharmacy (or drugs and medicines) is mainly for the intravenous (IV) fluid inserted in Elle’s hand to control her dehydration.

PhilHealth deduction here constituted 46 percent of the total bill and we paid the 54 percent balance, which is not bad. The consolation is that the hospital did not charge us two days room and board, Elle was transferred from the emergency room (two hours there) to her hospital room around 4am of Dec. 22, we got out 2pm of Dec. 23. The hospital staff forgot to deliver Elle’s breakfast on Day 1, maybe it’s their way of saying “Sorry” and charged us only 1 day instead of 2 days. Thank you IMH.

As I have written in the past in this blog, my beef against the PhilHealth system – or better yet, PhilSick – is that one can avail of its deduction or reimbursement if one is terribly sick that one needs to be hospitalized. For outpatient services, confinement of less than 24 hours, dental services, vaccinations, or annual medical check up, PhilHealth does not pay for any of these. You are not rewarded for staying out of hospital confinement, for preventive healthcare. You are rewarded instead for being terribly sick that you need to be confined for 24 hours or more.

I pay P500 per month (250 employer + 250 employee) or P6,000 per year to PhilHealth and I’ve been contributing to the system (first Medicare, then PhilHealth) for two decades now, I have not “benefitted” from its reimbursement system because I take care of my body so I won’t ger hospitalized. It’s the first time ever that I have gained some benefit from PhilHealth with its P4,200 hospital bill deduction.

One of the requirements to claim PhilHealth deduction in hospital bill is the submission of an updated member data record (MDR). More than a year ago, I experienced more than two hours queuing at PhilHealth office in Taft Ave., Manila, just to get an MDR. It was for my wife who gave birth to our second child.

Here in PhilHealth regional office in Iloilo City, I waited for only 27 minutes from the time I entered the office to the time I got out. It’s a good improvement. Maybe because (a) the regional office here is more efficient than the Manila office, or (b) there are fewer clients here, or (c) PhilHealth has instituted more efficient system for all its offices nationwide since last year, or (d) all of the above.

Whatever the reason is, it is important that PhilHealth should quicken its services and not hold back people from their other activities by making them wait for hours as if they are jobless people who have nothing else to do but endure long queuing. So a word of praise for PhilHealth here.

1. Contrary to common perception that drugs and medicines (d&m) constitute the single biggest item in healthcare, in this case it’s the PF. Or as I have noted above, it would have been the room and board if we were charged two days.

2. I am also thankful to IMH for a generally good service at lesser cost. I observe that their staff are friendly and courteous. Their ER fee is only P330 and it already includes the PF there. They did not charge the P330 extra to the total bill, only P49, I don’t know why. In other hospitals like Makati Medical Center (MMC), the ER fee of P500 is different from the P600 to P800 PF there.

IMH though is located outside of the main road, if you are commuting, you have to walk or ride a trisikad for about 400 meters. Its inner location makes the place quiet and peaceful though.


The son of a staff of my sister's accounting firm was hospitalized last December 26. The patient, "Enzo", 2 years old  (the mother, Gerlie, gave me permission to give her son's name) was rushed to the hospital ER due to high fever and flu. 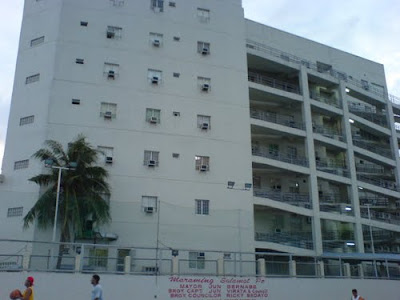 The patient was later confined at the UHBI-Paranaque Doctor's Hospital last December 26, 2011. They stayed in the ward, 4 beds in a room, P650 per day per patient. After 1 1/2 days of confinement, the boy's condition has improved and was discharged. Here is their total bill.
Here, PhilHealth shouldered 36.6 percent or more than 1/3 of the total bill. The PF of the attending pediatrician bloated the patient's bill, PhilHealth paid only P500 out of the P3,600 PF. Since PhilHealth pays P500 per day for the specialists, they should have paid 2 days or P1,000 instead of P500, in order to reduce the costs to the patient's family.
The patient's mother, the PhilHealth member, is paying P300 per month (P150 employer, P150 employee) to PhilHealth or P3,600 per year.
In my case when my daughter was also hospitalized in Iloilo Mission Hospital also last December, PhilHealth shouldered 46 percent of the total bill. PhilHealth did not contribute to the PF's P2,400 charge, see my notes, PhilHealth Watch 10: Hospital Bill Deductions, December 24, 2011.
Moving away from PhilHealth, check the share of medicines to the total bill: P610 / P6,312 = 9.7 percent. This belies again the common notion that "drugs and medicines are the single biggest cost to hospitalization and healthcare." In my daughter's hospitalization, drugs and medicines comprised 26 percent of the total bill. The bigger items, as usual, are the PF and the hospital room, especially if one will stay in a private room, not the ward.
------------ 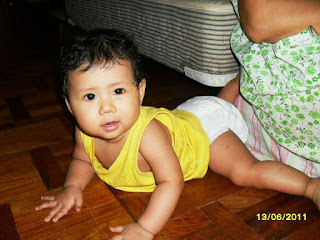 My 2nd and youngest girl, Bien Mary, had a convulsion last week, I brought her to Makati Medical Center (MMC), the nearest hospital to our house. By the time we arrived at the emergency room, her fever has gone down a bit to 39 C. The ER staff gave her paracetamol, got her blood sample, brought in a portable X-Ray, other procedures.
After about 3 1/2 hours, we got out of the ER. CBC and X-ray results showed no infection. Fever went down, we went home. I paid a total of P3,952. Breakdown (in pesos)
1. Chest PA & Lateral XRay 900
2. CBC (complete blood count) 697.50
3. ER fee 630
4. Heplock insertion 315
5. Leukoplast 1 186.80
6. Valium amp 10mg/2ml 157.15
7. PF (pediatrician) 1,000
8. others
TOTAL P3,951.58
How are these rates compared to the rates of other hospitals? Say St. Lukes, Cardinal Santos, Manila Doctors, etc.
Take note that medicines comprise a small share of the total bill. It's the PF, hospital facilities and diagnostic tests, that can bloat the cost in emergency cases.
I really wish to see more private hospitals coming up to compete with each other. More competition means more choices to the public.
---------