Citigroup released an interesting -- but not exactly surprising -- projections of the world's export heavyweights four decades from now. Out of the top 10, seven are Asian economies. The three non-Asians are the US, Germany and UK. Below is the list, lifted from Citigroup.
These 10 Countries Will Command World Trade In 2050 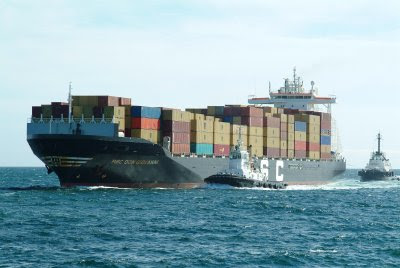 Aside from (rise in) consumer surplus, there's also loss in producer surplus brought about by price reduction with MFN (WTO) and preferential (free trade agreements) tariff reduction. But net effect, we do gain from free trade. For preferential trade, however, there's some trade diversion effect. For example (hypothetical, but i think this is true), Philippine imports sugar from Thailand rather than from Cuba even though cuban sugar is more competitive. Why? Because we have FTA with Thailand under ASEAN; we enjoy low tariffs from Thailand. That's trade diversion (this can be shown in the consumer surplus, producer surplus graph). Although, in effect, we can still gain from FTAs.

And all these surpluses, losses (consumer and revenue) are just static effects of free trade brought about by price reduction, induced by MFN and preferential tariff reduction. A country will appear to have gained more if we consider the dynamic effects -- economies of scale, technology transfer, FDIs, structural change and reforms, competitiveness incentives, depending of course on the agreements agreed by FTA members. Japan, EU, US, for example, would negotiate technical cooperation chapters. They usually offer plant and technology improvement (particularly for fish products in order to comply with SPS and TBT), technical assistance/capacity building (service sector, reforms in domestic regulations).

In general, we do gain from trade more than just on consumer surplus. The problem with FTAs is that we are now having this Asian noodle bowl, for example. Too many FTAs, overlapping, defeating economies of scale, confusing to traders. There's a study/survey (not sure if already released) that says preferential tariffs are, in fact, not used by traders because they're either confused or they don't know preferential tariffs exist. And some customs staffs also do not know all these preferential tariffs; some can't memorize, making FTAs futile, in particular, for trade in goods. -- Aiken

I thanked Aiken for her additional inputs. Hong Kong often comes to my mind when people talk about FTA, WTO, MFN, etc. HK does not need any of them. HK simply declared a unilateral trade liberalization, zero government to government negotiations, agreements and protocols. Unilateral free trade is unconditional opening of borders to foreign goods at zero tariff. The only imported goods that HK subjects to government regulations are perhaps guns, bombs, poisonous chemicals and substances, virus-infested food products, live animals that may bring in certain viruses, related items. In short, only when goods would affect public health and security, that government regulations come in. Otherwise, it steps back, no unnecessary bureaucracies and taxation. So that HK is able to efficiently utilize its bright minds. Away from trade politics towards actual trading and money-making.
Free trade simply means freedom to trade by the people. If someone needs a new laptop at his specific budget range and desired specifications, he does not care if that laptop will come from HK or Singapore or S. Korea or China or the US or Germany, etc. He does not need government to indirectly tell him that he can import from these countries but not from the other group of countries because of higher tariff and plentier regulations.
Or carinderia (cheap restaurant) owners -- there are tens of thousands of them nationwide -- want cheaper rice, cheaper onions, garlic, chicken, etc. because that is what their poor consumers want. So they do not care much if those raw food products will come from the Philippines or Vietnam, Thailand, Taiwan, China, US, or anywhere else. They just want cheap food for their poorer consumers and still make a good profit at the same time. So the FTAs that many governments negotiate, reject, renegotiate, revise, horse trade, etc. simply defeats the real spirit of what "free trade" really is.
Smuggling is a market signal, or consumer signal, that people do not want unnecessary taxes and regulatory bureaucracies that cause unnecessary rise in prices more than their free trade price. Smuggling is also an indicator that bureaucracies love protectionist policy because it allows them to extort money from traders and consumers.
That is why I mentioned in my earlier paper the possibility of WTO abolition. HK does not need the WTO or any of those bilateral and regional FTAs. It simply allows free trade to happen. If the Philippines will follow HK's unilateral trade liberalization policy, then there will be no need for our tax money to be used to send trade negotiators, trade lawyers and consultants for global junkets to negotiate "I bring down tariffs here, you reduce trade barriers there..." Worse, the trade negotiators that we send -- and sent by their own respective governments -- can only explain later why real free trade does not happen. It is easy to find someone else to blame while hiding the fact that they themselves carry protectionist sentiments and vested interests when they go to negotiate with other country representatives.
--------
See also:
Free Trade 14: Import Substitution, AFTA, China, January 08, 2010
Free Trade 15: Customs Bureaucracy, November 09, 2010
Free Trade 16: Price Equalization vs. Export Subsidies, May 03, 2011
Free Trade 17: Consumer Surplus and Human Rights, May 27, 2011
Free Trade 18: Regional Trade and East Asian Model, July 31, 2011
Posted by Bienvenido Oplas Jr at 12:57 PM