(Note: original title of this paper was "Rule of Law 13: Impeaching the SC Chief Justice")

I am not a lawyer but being an advocate of the rule of law (the law applies to all, no exception; the law applies equally to unequal people) and highly detesting the rule of men (the law and prohibitions exempt the rulers, apply only to ordinary mortals and enemies of the rulers), I got interested in following the conflict between the heads of two big institutions in the Philippine government. They are the President of the country and head of the Executive Branch, President Noynoy Aquino, and the Chief Justice of the Supreme Court and head of the Judiciary Branch, CJ Renato Corona. 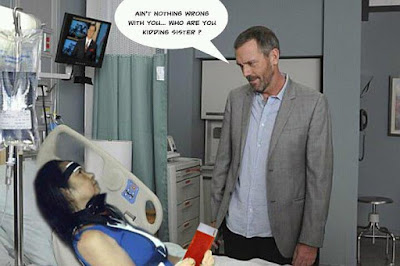 While there was a conflict between the two personalities before, things erupted when the SC granted a temporary restraining order (TRO) on the travel ban imposed by the Department of Justice (DOJ) against former President Gloria Macapagal Arroyo (GMA) who wanted to go abroad for "medical treatment" even if she was properly and efficiently treated at St. Luke's Hospital here in Manila. The main issue or fear of the DOJ and the PNoy Aquino government, is that GMA will not come back once they go out of the country knowing the multiple political and electoral scandals that they got involved, all unresolved.

There are many other recent SC decisions that the PNoy government said were mainly favorable to GMA or were hurtful to the current administration. 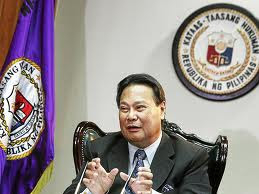 Also, the issue of "midnight appointment" of CJ Renato Corona, appointed only about 1 or 2 weeks before the term of GMA expired by end-June 2010, when the rules -- I think it's stated in the Constitution, or in certain laws -- say that such and similar appointments should be done within two months (or more) before the end of term of the departing President. This is one of the political baggages that CJ Corona has to contend with while he is sitting at the SC.

I have several friends in facebook, friends while I was still at the University of the Philippines (UP) way back in the 80s, who are bright minds in the legal profession now. I turn to them to get bright legal opinions on issues like this. Such free legal opinions, interactive, thanks to facebook (and twitter too) :-)

the power of finality given to the SC justices is different from the idea of infallibility. Impeachment is a consti process proving this.

there is a difference between an institution and its incumbent. incumbents must account: do their acts benefit their institution?

Imoeachment is a process that allows accountability. When it is used against an incumbent, it should never be mistaken as an affront against the institution where he belongs. Rather, it should be viewed as a way of strengthening that institution. We weaken public institutions whenever we suffer in silence, keep our genuine criticisms private and non-threatening to those in power. Inaction against abuse by incumbents of their power as judges or justices reconstitutes wrongs as rights.

The legitimacy of a court is usually fostered by the idea that it is a collective body, i.e. that wise men and women check each other's idiosyncrasies. However, when the process of selection of justices become flawed or imbued with too much politics, this assumption fails. Hence the need for external processes to come in, like impeachment.

I like Marvic's opinion here. What was impeached by the House of Representatives (HOR) yesterday where 188 of 284 members signed the impeachment complaint was the head of the SC, not the SC itself. It was the person, not the institution. Besides, HOR impeachment is only part 1 of the 2-steps process. The next battleground will be the decision of the Senate whether they will uphold the decision of the HOR or not.

This is indeed a very divisive act but I think it's worth the effort. The impeachment proceeding vs the SC CJ, perhaps the first in the Philippines, would be a good lesson for those wanting to change the Constitution and correct the current practice that ALL members of the SC including the Chief Justice, are appointed by the President. To me, this already defeats the "Judiciary independece from the Executive" principle.

Don't get me wrong. I agree that the CJ can only be removed by impeachment and not by "parinig." He's not the resigning type, if he were, he'd have done it before at the height of the "name and shame" before and after his midnight appointment. I have read the complaint and many of the issues raised in the impeachment complaint are real and are serious wrongs. I seriously believe that the CJ failed to exercise leadership and seriously damaged the Court during the plagiarism investigation--whether that constitutes betrayal of public trust is another question (betrayal of my trust? no, I never trusted him at all, nothing to betray) and one that is addressed to the Senators, 3/4 of them.

My questions go to process, timing and agenda. An impeachment trial should bring enough evidence to convince enough senators to remove not just any public officer but the Chief Justice, head of a separate branch of government; while not proof beyond reasonable doubt, it should be substantial enough to convince presumably independent-minded senators to convict on at least one count. I hope that this complaint is not based on the premise that the CJ will resign to avoid the embarrassment of a trial, like Gutierrez. There's too much riding on this to be working on that premise. Because ultimately, if the complaint is not proven and the CJ is not removed, then the admin will have further weakened an already diluted impeachment mechanism (cf. Oliver Lozano and the mad rush to file preclusive impeachment complaints v. Gloria).

Why now? Before the last session dates of SC? So that no appeal can be made? Doing exactly what it is accusing the SC of doing in the Gloria TRO? If the cases are strong enough to convict, they should be strong enough to withstand parliamentary debate. Its like watching kids quarrel--you sucker punched me, so I'll sucker punch you back. And what's the ultimate agenda? Transform an antagonistic SC into a pliable and "friendly" SC? So, Mr. Kettle, meet Mr. Pot. If that is so, then there's really no difference. Ultimately, this goes back to the "original sin of omission or failure"--they did not prepare the cases against Gloria well ahead of time and so they now need to scramble to prevent what appears to be a junking of the charges hastily filed by the COMELEC-DOJ panel. If this is what the admin is trying to head off, then it will be no better than what Marcos did to the SC. 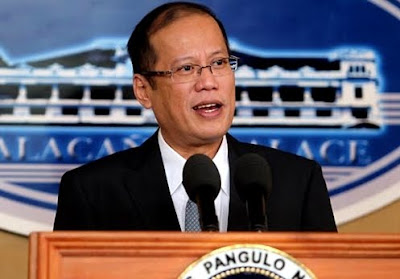 Dang, I like Ted's opinion too. The PNoy government simply made a big mistake of not filing a single case against GMA since it assumed power in June 30, 2010, until the SC TRO on GMA travel ban was issued, then the current administration scrambled on various political and legal measures.

Back to the rule of law. The law applies to all, no one is exempted and no one can grant exemption. Impeachment is in the Philippine Constitution. The impeachment trial in the Senate next year will be more transparent and more accountable, compared to press releases or acerbic political sound bites issued by the Executive, and sometimes by the Judiciary. The HOR will present evidences and proof to their impeachment case, the SC'S CJ will provide evidences and proof negating the complaints filed by the House, and the Senate must be as objective as possible, not 100 percent of course as legislators belong to political parties and those parties have taken a stand already, explicit or implicit, on the impeachment case.

Supporters of GMA, like two of her sons who are Congressmen, can equally file an impeachment complaint against President Aquino. That is possible but not viable since the ruling political party and its allied parties are affiliated with the President.

This is a big fight between two leaders of two branches of a BIG government. There is danger that both or all three branches will suffer more credibility problems with the people, us ordinary mortals. But by making the process as transparent as possible, any or all of the three branches can gain credibility.

There is too much political and economic power in the hands of the government and its three branches -- the power to regulate and impose various prohibitions and taxation in the lives of the people. It is that big power to regulate and impose prohibitions and restrictions, that attract many of the most shrewd, most clever among us to be in government, in any or all of the three branches.

I believe that a society that really promulgates the rule of law will ultimately have a very lean, minimal and limited government. A government that expands, not restricts, individual freedom. Like strictly imposing the laws against killing, murder, robbery, rape, extortion, land grabbing, kidnapping, and other crimes against persons and their private properties. This way, the government rewards the industrious and hard working (by removing many or all restrictions to entrepreneurship) while it penalizes the lazy, the envious and the criminals.
-----