The last presentation during the Conference of Generic Drugs in Asia (CGDA) 2011 held in Taiwan three weeks ago was made by Atty. Ivan Liu of YesChain Pharma Group, "To the Rescue of Taiwan NHI: Generic drug policy reformatted". Here are the main points that Ivan made: 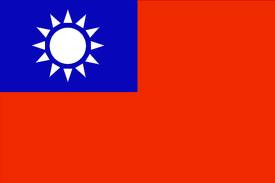 However, there are a number of problems and risks to NHI:
- explosive growth in reimbursement, from $6 B in 1995 to $18.7 B in 2011 (3x over 16 years)
- ratio of NHI reimbursement/GDP: 2.66 percent in 1995 to 3.9 percent in 2011
- with flat premium rate, yearly deficit warranted, $2 B loss accumulated since launching
- without change, NHI bankruptcy is guaranteed but politically not allowed

So the 2nd generation NHI was promulgated in January 2011: generate an extra $0.66 B annual income through broader based for premium calculation and 2 percent (hike) supplemental premium
- criticized for raising only income but downplaying wastes and non-essential reimbursements
- heavily attacked by employers and high income residents because they will pay the largest portion of premium increase.

Ivan thinks the hike in premium is unnecessary -- if savings compared to the projected income increase of $0.66 B can be made:
- if NHI will reimburse branded drugs only at the price of generic drugs (of same active ingredients, dosage, form)

Over dinner that day (November 20, 2011), I sat next to Ivan and discussed with him my observations about his presentation as there was no more time for Q&A that afternoon. I said that it never fails, if you give something for free or at highly subsidized price, demand will always be larger than supply. The result where S > D is almost always a product or service deficit. That deficit has to be financed by the service provider -- in this case the Taiwan government -- through borrowings, what else.

He agreed. That is why the Taiwan government wants to raise the premium, which he and many others oppose. I go with his proposal: if wastes (by patients) and over-reimbursement (or over-pricing) by big hospitals and other healthcare providers can be controlled or at least minimized, the deficit can be addressed and erased and hence, there will be no need to raise the annual premium or subscription payment.

Aside from health, Ivan and I also discussed many other things, like intellectual property rights (IPR) but his specialization is on IT, not pharma IPR; political philosophy, bureaucracy, etc. Nice chat, Ivan, thanks.

So for me, here are the important lessons based on the Taiwan NHI:

2. Healthcare competition will discourage and limit wastes and inefficiencies. If health insurance A will prioritize branded and expensive drugs and charge higher premium compared to health insurance B, C and D (the latter companies or groups prioritize cheaper generic drugs at lower premium), so be it.
-------

Good stuff Nonoy. You've given me lots to think about. Neena

You're welcome, Neena. I will be posting more about the health insurance system in other countries and their sub-policies on medicines reimbursement.