(a) 2009: Miscellaneous Thoughts on Christmas

Tomorrow will be Christmas day 2009. Many thoughts and experiences to write down and share, even for this month alone. Will just focus on those that are good and happy news, at least for me. Let me start from some global events, to national events, down to some personal experiences.

One, the failure of attempts at new global ecological central planning. The Copenhagen climate summit did not produce a binding agreement among countries. For instance, carbon rent-seeking agreements that will further tax residents of developed countries and transfer hundreds of billions of dollars per year of new environmental loans to governments of poorer countries. From Gloria Magtatagal Arroyo to Hugo Chavez of Venezuela and Robert Mugabe of Zimbabwe.

Two, the world is cooling, not warming. See my article in this column two weeks ago, “Warming lies”. Among the recent examples of a rapidly cooling planet, is the US blizzard that produced record snowfall in a single day in many states and cities, including Washington DC. As of December 21, nearly 52 percent of US mainland was covered with snow, a big jump from only 8 percent last month. See here, http://wattsupwiththat.com/2009/12/21/over-50-of-the-usa-is-now-covered-in-snow/

A blizzard also happened in Copenhagen while global government leaders and big NGO leaders were discussing how to “fight global warming”. Across Europe, the blizzard and nasty winter has killed at least 80 people as of December 21.

Three, the political heat of the forthcoming elections in the country and the media heat against the Ampatuan mass murderers, are drowned by the cool climate of Christmas. Today is the 6th day of straight cloudy skies over Metro Manila and neighboring provinces, due to persistent monsoon and cold-front blowing from the north-east of the globe. If current weather pattern continues, it is possible that we may have a wet Christmas while they will have a white Christmas at the northern hemisphere.

Four, while Mayon volcano is erupting now more frequently, about every 5-6 years the past 2 decades vs. every 10 years on average in earlier decades, our understanding of the geological dynamism of the most active volcano in the country is improving and hence, the preparations are better, which lessen the casualty and adverse social effects to people living near the volcano.

Five, despite heavy political noise and lobbying for price control of almost anything, the public are more free marketers than politicians and activist NGOs and media people. People do not lobby for price control of toys, clothing, shoes, and other consumer items. They instead go to Divisoria, Baclaran, Quiapo, various “tiangge-tiangge” (market-market) and cheaper malls to beat high prices of those commodities in mainstream and more established malls and shops. Which shows that most people believe in the power of free market competition, not heavy government intervention and price regulation. Even the poor can manage to buy decent clothing and toys for their kids at highly affordable prices.


Six, micro-entrepreneurship and self-employment is a strong trait for many Filipinos, which allows them to cope with the high unemployment and underemployment situation in the country. Those who cannot be hired as salesmen and women in the malls become ambulant vendors moving from one street or tiangge to another, or from one office to another. The work condition is not glamorous and non-air-conditioned, but it gives them the flexibility of time and enough leeway to become more ambitious and more hard-working.

Seventh, our families and friends. They are our great source of strength, the wings why we push ourselves harder, higher and stronger. And the Christmas season is the best season to celebrate what would seem like endless reunions with friends, former classmates, schoolmates and officemates, families and relatives.

In my case, I have attended nine reunions/Christmas parties this month alone, declined two others because of conflict of schedule with other reunions. A few more reunions with other batches of friends before the end of this year.

And eighth but not the least, I am happy that my 3 years old daughter is growing pretty and healthy. She is enjoying and appreciating her Christmas parties as she grows older. My wife is happy with her new job, and I am happy with my think tank, Minimal Government Thinkers. Though it remains small, the consistency of political and economic philosophy and public policy advocacies, its presence in the international free market network and in the minds of some people which have visited our website and heard some of my talks, make it stronger.

Christmas is mainly a celebration by believers of the Christian religion, to celebrate the birth of Jesus Christ. But even non-Christians and non-believers of any religion join in its celebration. Its global appeal is something that is remarkable and respected by many (but not all, of course) people around the world regardless of religion, culture and political system. 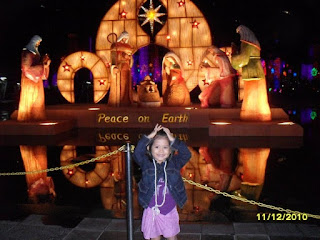 The key here are the practices of gift-giving (especially to children), playing and singing of festive and hopeful music, reunions and get-together, nice food, nice decorations like giant christmas trees and lanterns, and so on. The festive mood appeals not only to Christians but also to believers of other religions.

Because of the general festivity of the Christmas season, especially for a predominantly Christian country like the Philippines, it is commonly practiced that politics take a backseat. Politicians of course use the occasion to mingle with their political supporters, but political grandstanding and debates generally take a backstage. Ceasefire between the government army and armed communist rebels is also being done every year during the holiday season.

Even tax-hungry government collectors will have difficulty monitoring and persecuting “tax evaders” because of the huge number of traders and retailers. So the tendency is to allow those people have a break from tax harassment, even for a few days or weeks.

Where there is less politics, where the government tends to relax some of its various restrictions and prohibitions, there is more individual freedom. 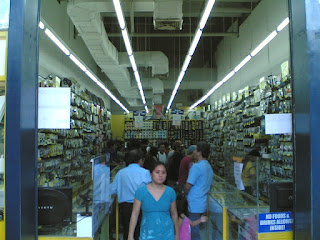 Even the lazy suddenly become industrious because of the expected surge in consumer spending, and they wish to earn extra for the season so they will have extra resources to join in the festivities. The burden on government welfare agencies is lesser during Christmas season because of this change in behavior among many people. 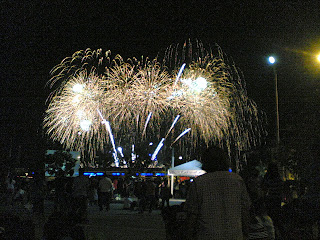 May we have more days like this season. And may we have a new breed of political parties, groups and politicians who understand and appreciate ordinary people’s desire for less politics, less government intervention and taxation.

Merry Christmas to us all.


...despite heavy political noise and lobbying for price control of almost anything, the public are more free marketers than politicians and activist NGOs and media people. People do not lobby for price control of toys, clothing, shoes, and other consumer items. They instead go to Divisoria, Baclaran, Quiapo, various “tiangge-tiangge” (market-market) and cheaper malls to beat high prices of those commodities in mainstream and more established malls and shops. Which shows that most people believe in the power of free market competition, not heavy government intervention and price regulation.

And I like this part that I wrote last year:

So for this year, I reiterate my position that Christmas is beautiful because there is less politics while there are more businesses, more industriousness, more creativity by the people to make money, to increase their income. There are more reunions, more bonding between and among new and old friends, schoolmates, officemates, etc. And in my case, the long vacation period allows us to visit our folks in the province, my in-laws in Iloilo City, and my parents and two other siblings in Cadiz City, Negros Occidental.

Of course, these celebrations, parties and reunions come after celebrating the birth of the main personality of the season, Jesus Christ.

In my paper two days ago, Christmas Notes 5: Flooding and Parenthood, I wrote this concluding paragraph:

Merry Christmas to us all. And I sincerely wish a more prosperous new year and years ahead for us. There will be more tragedies and catastrophe that will come our way, especially with the deepening global cooling (and more rains, more flood, more snow). It’s how we help our adversely affected countrymen and brothers and sisters, and how we stand up after falling from such debilitating catastrophe, that matters. We just need to keep our ambition and dreams for our kids, our families and communities. And peace and prosperity almost always comes next.

Hmmm, I'm indeed growing older. My thoughts are now more focused on family. The transition in my family is very clear. My parents are in the advanced stage of ageing, they seem to be getting weaker each year. And I myself experience those things related to approaching the 50s -- blurred eyesight sometimes (because I still refuse to wear an eyeglass), some backpains (related to my mild scoliosis). At least my two girls are growing. Focusing on family, and society, is inevitable.

Email ThisBlogThis!Share to TwitterShare to FacebookShare to Pinterest
Labels: Christmas