Earthquake 6: One Year of Japan EQ and Tsunami

The devastating earthquake and tsunami that hit northern Japan has turned one year ago yesterday. I won't make expanded discussions here, will just show many "during and after" the EQ and tsunami, or "before and after" the recovery and reconstruction.

Photos below I got from BBC.com, CNN.com, and Boston.com. I just shrank and mixed them in one frame to save space. Once again, I salute the Japanese people for their quick recovery from such disaster.  I remember an article last year where the author emphasized the normal Japanese people's attitude during disasters: "gaman", meaning "tough it out." 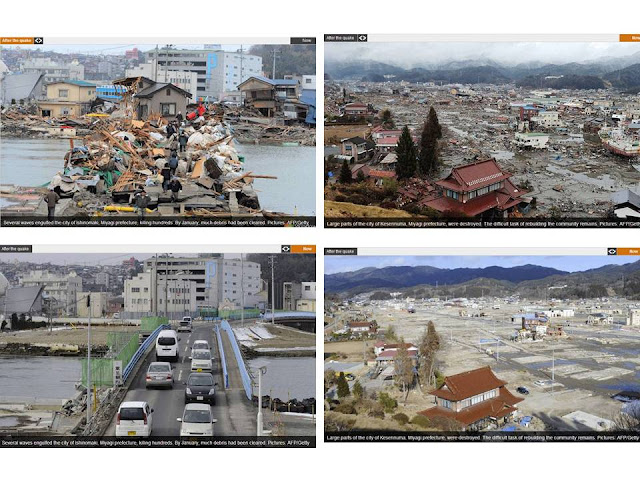 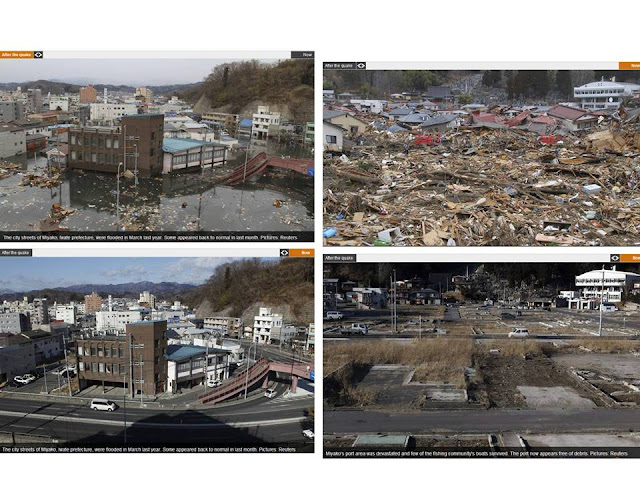 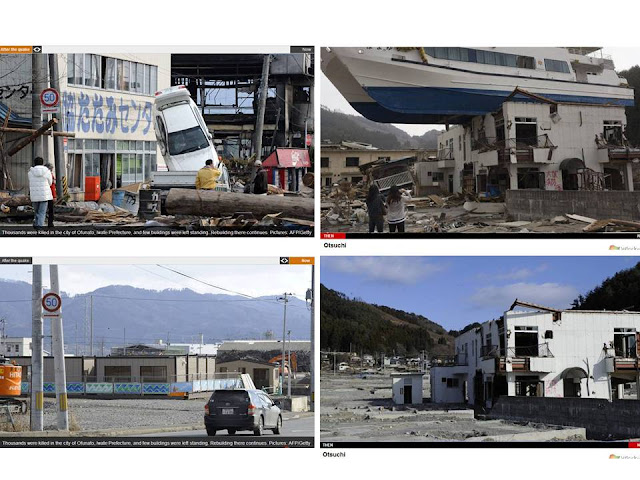 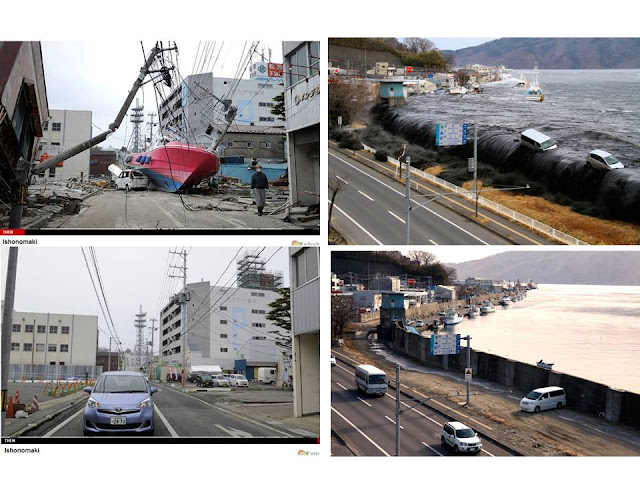 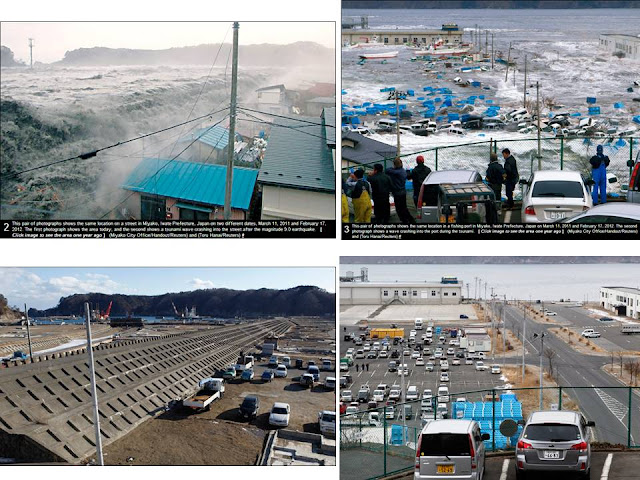 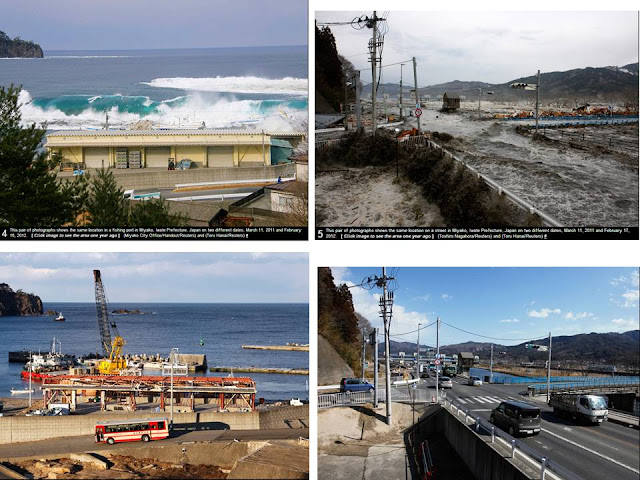 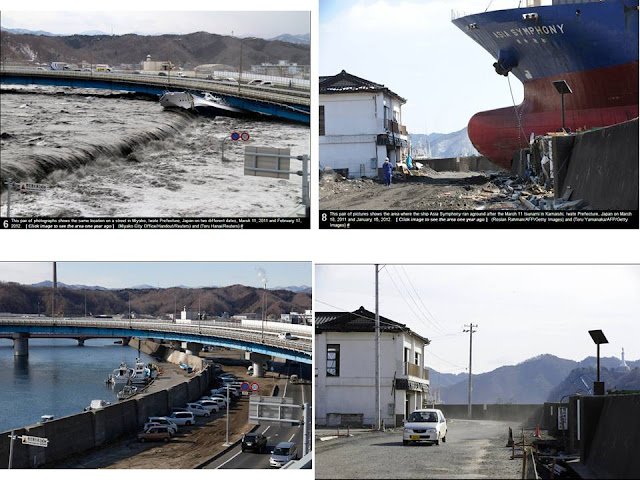 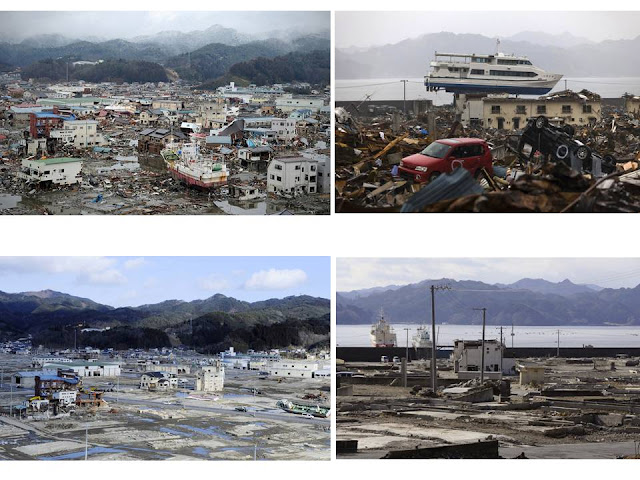 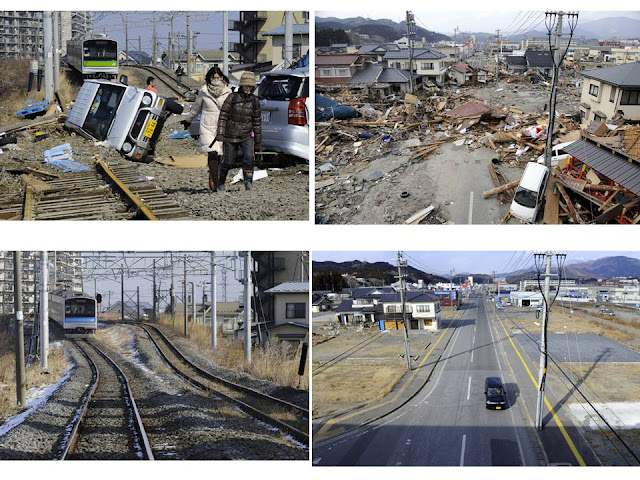 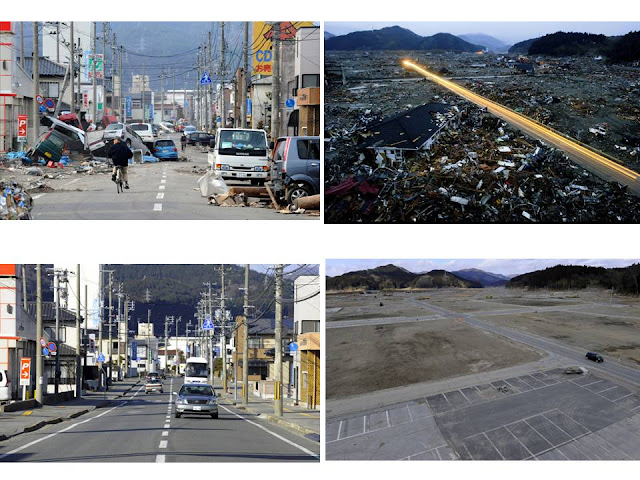 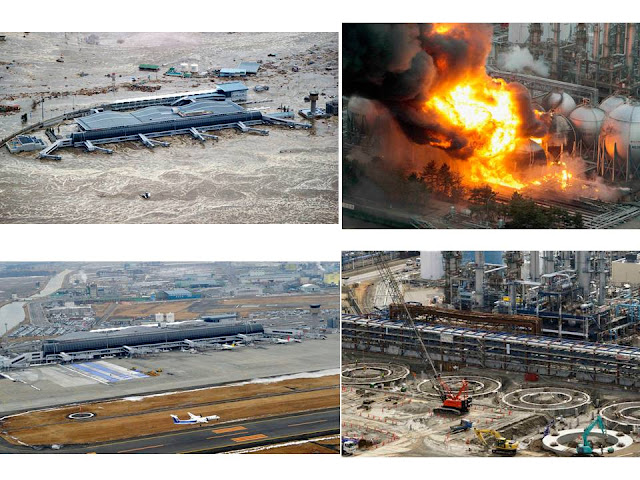 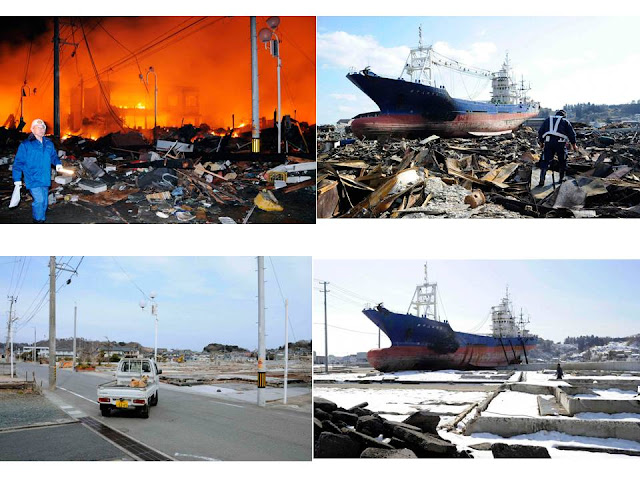 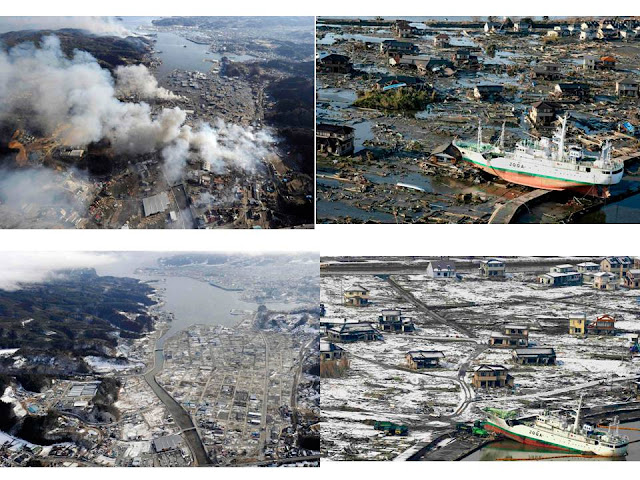 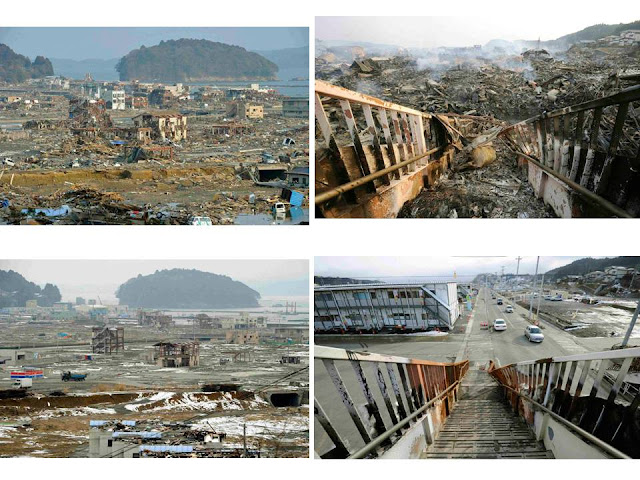