Europe and Eurozone's fiscal problems continue to wobble their macro economy as citizens keep paying more taxes and fees while their governments keep piling up more debts to the already high debt stock. Below are screen shots of a CNN feature, "Eurozone Crisis: How the figures stack up",  http://edition.cnn.com/SPECIALS/business/euro-crisis/index.html?hpt=hp_c1

Greece leads the pack in this infamous category. Out of the 17 economies here, 12 have exceeded the Eurozone cap. France and Germany's ratio at 83 percent of GDP. 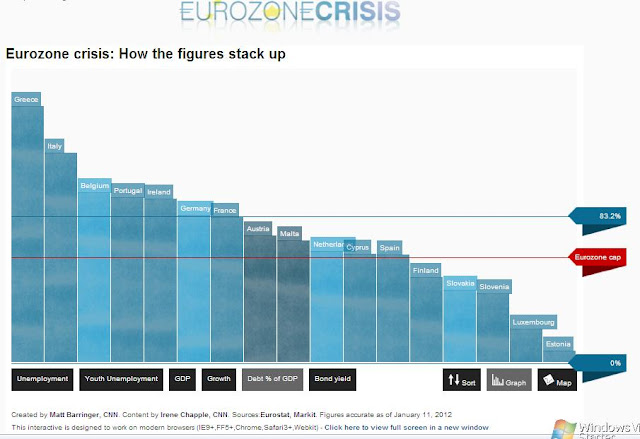 The largest economies, Germany and France, naturally are the one which have the biggest capacity to bail out the most troubled member-country of the Eurozone. Germany's GDP size in 2011 was $2.567 trillion. 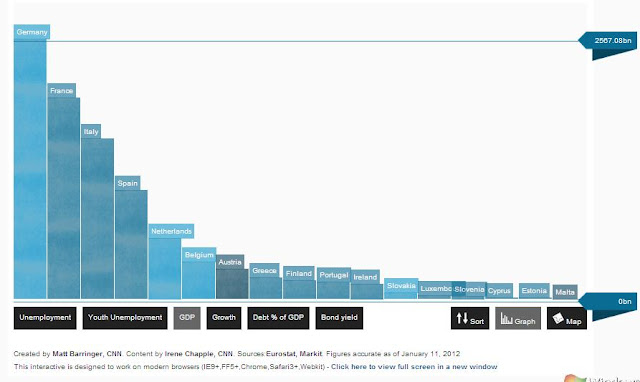 Last year, Greece and Portugal's economies have contracted, and only five economies were able to grow by 2.9 percent or higher. Heavy debt load will naturally lead to lower economic outlook and low or negative GDP growth. 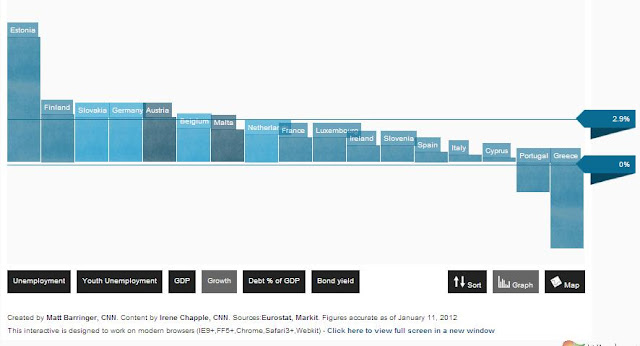 Greece, Portugal and Ireland have breached the "danger zone" in terms of high interest rates for their new debts. Unless the new debts are able to really improve the overall economic productivity of the people and hence, improve the capacity to pay the old and new loans, new borrowings will only further worsen the problem. 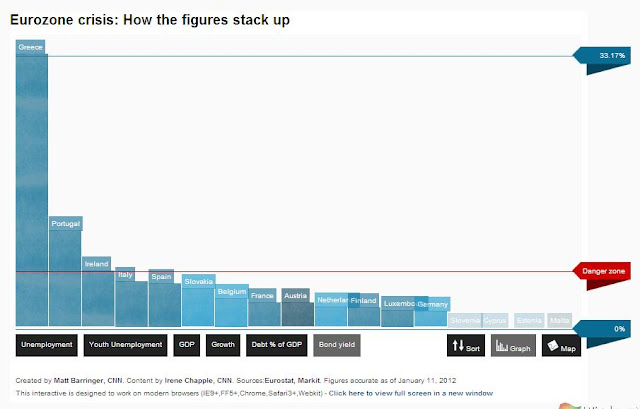 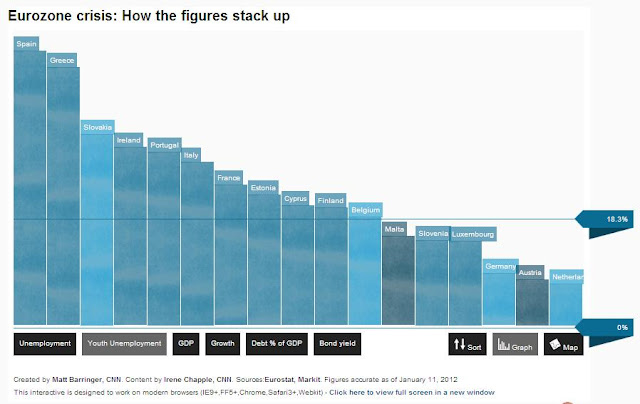 The governments of those heavily indebted countries in Europe and elsewhere like the Philippines, are not exactly "helpless" and "optionless" aside from more borrowings. Those governments have lots of assets, like government-owned or controlled corporations, banks and other financial institutions, lands and national parks, universities and hospitals, to sell and privatize. The governments will not abolish these, they will only be sold these usually monopoly bodies to private enterprises. Such privatization should be accompanied with deregulation so that it will not result in government monopoly to private monopoly.

Selling those assets are a lot more acceptable to the average citizens than more taxation. But I can imagine the opposition to such proposal by the employees and officials of those government-owned and controlled bodies and assets, especially for socialist-inspired or leaning governments.

But there should be a limit and stop to the endless borrowing mentality and policy. Because there is also a limit to the capacity of lenders, be there individuals, private enterprises and banks, or foreign governments. No one would keep lending to someone whose capacity to pay back in the future is next to impossible.
--------