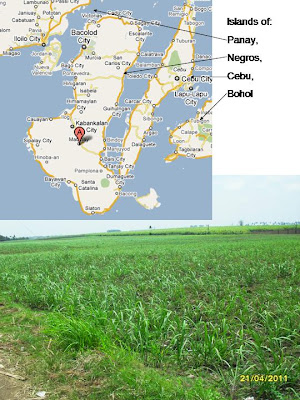 I was born, grew up, studied up to high school, in Cadiz City, Negros Occidental. My parents and two siblings are still living there. Cadiz is on the northern most part of Negros Island, which is composed of two provinces, Negros Occidental, predominantly Ilongo speaking and the capital is Bacolod City, and Negros Oriental, Cebuano speaking and the capital is Dumaguete City.

My province is known for huge sugarcane plantations. As far as the eyes can see, one can see sugar plantation from the seaside to the foot -- sometimes up to 1/3 -- of mountains. Our house, like most houses in the province, is just beside a sugarcane farm. When we were young, if we needed to munch sugarcane, we just enter any part of a farm and get any type, any size, of a sugarcane. Or we would hunt spiders there. Life was cool.

Below is the new Silay-Bacolod airport. Silay is actually two cities away from Bacolod and the airport is built on a previously sugarcane farm. So when you land at, or take off from the airport, one will see wide sugarcane plots around it. Mt. Silay can also be seen from the airport terminal. 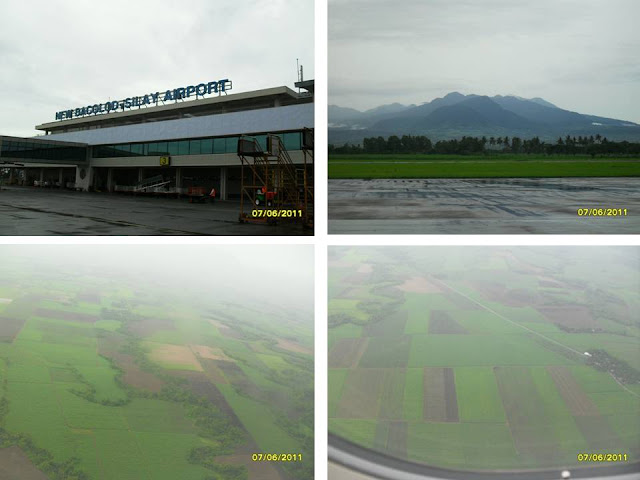 More photos of sugarcane farms below. At harvest time, when the soil is soft and muddy and the trucks cannot go in the middle of the farm, carabaos (water buffalo) would haul the sugarcane to a nearby road where the trucks are waiting. 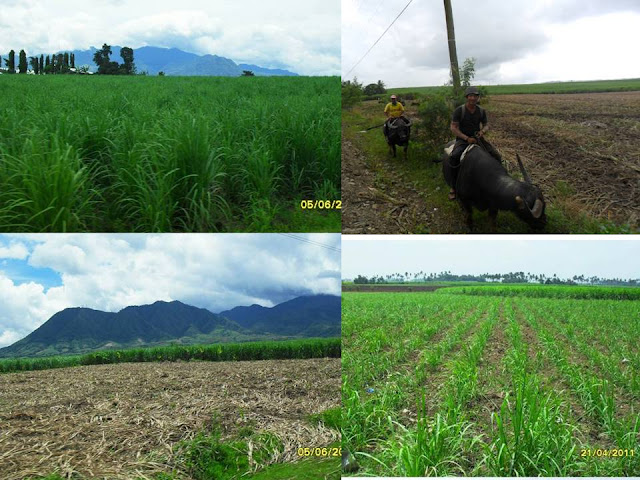 Trucks that carry the sugarcane to a sugar milling company are usually large. While the most common trucks are still six-wheelers, many trucks now have 10 or 18 wheels. So one can imagine the heavy burden on public roads. 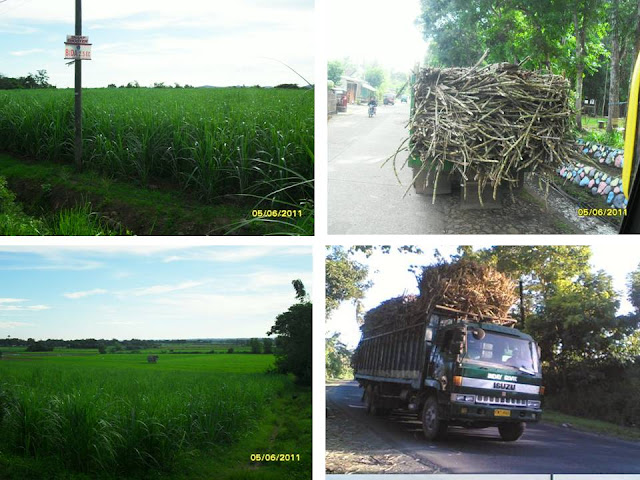 When the farms are prepared for another cycle of planting. Tractors are used to till the soil. Soil erosion is heavy in sugarcane farms because the soil is tilled yearly, and those tractors plow about 1 foot high of soil. 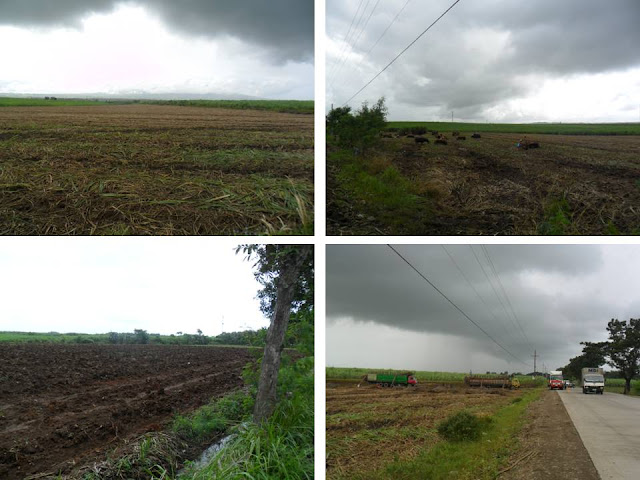 I'm not in the mood to inject numbers and statistics about the sugarcane economy, I just showed photos here. It's deja vu for me whenever I come home to visit my old and sickly parents. I like to sit in front of a car or a bus whenever I travel from Bacolod to Cadiz and back. The sight of those wide sugar plantations, something I cannot see anywhere in the Philippines, or in many other Asian cities or American cities that I have visited so far.