Hong Kong is generally known for its free port, free trade economy. Certain goods and services that are not available, or available but at a higher price in many countries, are accessible in Hong Kong. That's the main attraction of this small population but big north-east Asian economy, aside from its promulgation of the rule of law. 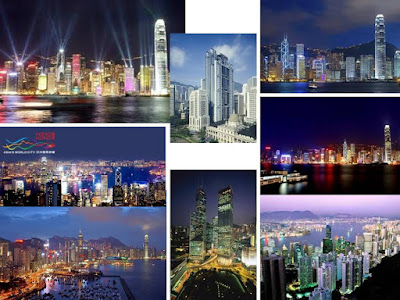 There is one free market think tank in HK, the Lion Rock Institute (LRI, www.lionrockinstitute.org). The founders and key officers there are my friends, like its Chairman and Executive Director, Bill Stacey and Peter Wong, respectively. LRI has been engaging the HK public and government officials of the free market advantage of their economy and that it should not divert from this policy. LRI has campaigned against the politicization of wages via the minimum wage law, the creation of a new bureaucracy called the anti-trust commission, among others.

Below is the most recent article written by LRI Chairman, on the threats of an expanding HK government. He said that government expenditures now have reached 21.4 percent of GDP. This is is unusual for a supposedly free trade economy.

Some groups here in the Philippines will now say that our government expenditures of about 17 percent of GDP is now smaller than that of HK. This is wrong of course. That figure is only for the national government. Expenditures by local government units (LGUs) -- provinces, cities, municipalities and barangays -- are rising as they have various sources of local revenues like the real property tax, business permit taxes and fees. The bureaucracies in many LGUs are actually expanding faster than those of many national governments.

The expansion of the HK government, or any government in the planet, is mainly related to its welfarist and forced equality goals. Mandating a minimum wage law for instance would mean expanding the existing labor Department/Ministry bureaucracy to have more personnel who will inspect or monitor hundreds of thousands of private enterprises. Expanding government infrastructures when private toll road companies can do the job with the minimum politics involved, would mean expanding the public works/infrastructure bureaucracies.

Below is Bill's article.

PS: Hong Kong is the nearest foreign economy to Manila, just 1:40 hour by plane, or about the same flying time  from Manila to Davao City in the south. Everyday, thousands of people fly between these two cities served by dozens of daily flights from different airlines.
----------


Too much government is corrupting
By Bill Stacey *

The people of Hong Kong look at their government and many see slippage of standards and question whether the civil service and officials any longer share their values.

The crescendo of allegations about building code violations, conflicts of interest on committees, travel and accommodation and the connections of officials may have varying merits, but all undermine the confidence of the people in a government that they see less as their own. Yet by focusing on the drama of punch and counterpunch, we risk missing the broader point of the show that the puppets are playing a role that is inevitable. This is a drama where the constantly expanding role of government in Hong Kong inherently produces growing conflicts of interest and old rules of conduct from an age of constrained government will often be found lacking.Think back to a time in Hong Kong where government had little involvement in business, a meagre budget and no more than a prudent buffer of reserves. Then there would have been few reasons to worry about the close connections between officials and businessmen at club, alter, lodge and racetrack because there would have been little advantage from those links. Due process meant that government could do little that was not specifically outlined in laws and legislation that were slim volumes transparently available to scrutiny by all.

It is our institutions that are now failing us, more than the people holding office. As government spending is set next year to have increased by 70% from 2007-8 to 21.4% of GDP, the advantages to be gained from grabbling a share of that money have expanded enormously.Administrative discretion from laws conferring more power on statutory authorities and officials creates more incentive to lobby for decisions to go your way. New legislation like the competition law proposes unprecedented discretion to investigate, penalize and reshape businesses in competitive markets.Government now determines the minimum price for labor and mandates savings by employees. It gives little choice about who will manage the money. These imposts are a burden on the poorest and risk unemployment to the advantage of more organized labor.Growing business subsidies through concessional access to land, government financing guarantees, specific industry grants, labor market support programs and massive infrastructure spending provide more incentives for business to get close to government.Direct involvement of government in business as the owner of interests in our airport, the MTR, the largest property developer (MTRC, URA), exhibition companies, mortgage insurance and securitization, the stock exchange, education, health care and some utilities all go to make government one of the biggest suppliers and consumers of goods and services in Hong Kong, thus turning the government into the dispenser of potentially lucrative jobs and board positions.

The government's infrastructure investments have become far bigger than any private developments and initiatives in the SAR. The government thus in effect sets the price for and becomes the firstcall on the capabilities of the major contractors and professionals in the construction industry.As government stretches its role more, businesses and vested interests increasingly spend more time andresources trying to manage and influence the decisions of the government. In a small town, this creates potential conflicts of interest and corruption.Perhaps we have reached a point where our government has become so pervasive that conflicts of interest are unavoidable, the perception of favor is inherent in every government decision and along with it a growing risk of real corruption. The answer is not more honest people. People of integrity are likely equally prevalent in every generation. The answer is much leaner government and a program of reform that takes our government out of involvement in business, returns the largest projects to the private sector and leaves more money in the hands of taxpayers. Only then will we see impartial decision making with equal treatment of all before a government driven by laws not men.We have created a system where government does so much that even an honest official will struggle to show that he has favored no one and given no undue advantage. Choosing the Chief Executive is less important than reforming our institutions, reducing regulation, shrinking excessive government ambition and returning money to the taxpayers of Hong Kong.