A high government official, now UnderSecretary for Political Affairs at the Office of the President (OP), former Director-General of the Liberal Party, also a friend way back in the 80s at the University of the Philippines, Atty. Chito Gascon,  posted my earlier paper criticizing the compulsory licensing (CL) scheme, in his facebook wall. I thanked him for doing it. Here is his posting and the subsequent comments.
----------

thanks to Bong Montesa, i shared a recent news item about india's compulsory licensing practice - the purpose of which is to make medicines accessible to the poor - the discussion about this matter on that wall post was lively (see below!)... some persons shared the link as i did... and it also prompted minimal government advocate Nonoy Oplas to write a blog about it... here is the link to that piece:http://funwithgovernment.blogspot.com/2012/03/ipr-and-medicines-22-cl-on-anti-cancer.html ... as a social liberal (left liberal?), living in a developing country, i'm all for access & equal opportunity for all - particularly the poor as i also appreciate bong & peter's proposition for striking a balance to encourage innovation! share your own views about this important matter...

There were other comments from Peter Casimiro but these were not related to the original thread, which is about IPR, private property rights, patent and medicine innovation. Peter's posting is about advocacy for a government monopolization or single payor, of the healthcare system. I said that I want to challenge that philosophy too, but in another thread, not here.

I did not get a reply from James Auste in our CHAT yahoogroups about my query -- where is that data, a chart, a table, or a graph, showing that Philippine prices of medicines for the same generic molecule, same brand, from the same manufacturer, are the highest in Asia. I doubt that Ben or other readers of this blog and researchers who claim the same, can produce that data. So since that data is non-existent, that claim is therefore not correct. The truth is that the prices of the cheapest generic drugs in India, Pakistan, China, etc. for the same  molecule, are not that far from the cheapest generic drugs in the Philippines. If one will ask the officials and members of the Philippine Chamber of Pharmaceutical Industry (PCPI), the federation of local generic manufacturers and drugstores in the country, PCPI guys will be confident in saying that they are doing their part in producing among the cheapest drugs in Asia now. So where's the issue?

The bigger issue for them, are government taxes of medicines (the active pharmaceutical ingredients, the finished products, the packaging materials, etc.), the existing drug price control policy where many of their niche lower-income markets are being "raided" unintentionally by the branded products of the innovator companies, and the mandatory 20 percent discounts for senior citizens and persons with disabilities (PWDs). These discounts are not tax creditable, the drugstores and drug manufacturers have to absorb such price cuts with no counterpart burden sharing from the government. 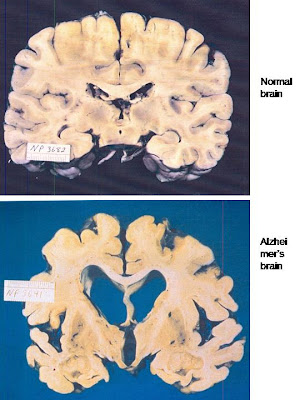 On another note, my 78-years old mother in the province, has Alzheimer's disease. This was confirmed by her physicians more than a month ago to my sister who acts as the main caregiver to her and my 84-years old and equally sickly father. We were very sad to hear this. I have read some stories of friends and other people whose parents have this disease, and it indeed is a cruel disease. It slowly kills a patient's brain cells, leading to various phases of forgetfulness, even forgetting his/her children's names and faces, ultimately leading to mental, and physical shutdown. Isn't that a very cruel disease? And yet there are no medicines or vaccines against Alzheimer's yet. I personally wish too, that a "magic medicine" that is affordable will soon be developed against this disease -- for my mother, for other patients who are suffering the same illness. But that is just a dream for now.

I have read of the nearly 100 different medicines against Alzheimer's on various stages of R&D by the innovator and biotech companies in the US. That's the good news. The bad news is that these medicines are not yet mature and proven to be really effective in killing the disease as they are still in various R&D stages. Besides, the prices of those medicines should they come on stream, will be very high. Only the rich patients should be able to afford them but even then, there is no assurance that they will be totally saved by those future medicines. Each disease has its own way of mutation and evolution, the same way that our immune system has its own way of dealing with those evolving diseases too. Medicines and various treatment are external interventions that are meant to augment our immune system to help defeat various diseases.

But then again, human life by default, is meant to end somewhere, sometime. We can only wish to have a life longer by a few years compared to the average lifespan of the rest of humanity.

Here's what I wrote more than two years ago about this disease:

In one of my yahoogroups, I just learned that a number of my friends (age mid-40s to 50s) have parents who suffer from Alzheimer's disease. It's a "cruel, cruel disease" in the words of one friend, as her mother can hardly remember a number of things about her, about their family, and so on. And I didn't know that AZ is a growing disease among Filipinos. I know that cancer is, along with hypertension, dengue, etc.

In that yahoogroups, we were earlier discussing oil price control as a socialist policy adopted by the current government of the Philippines. And speaking of socialist policies driven by envy, the new "cheaper medicines law" is one such scheme.

One policy contained in that law that is currently being implemented by the Philippine government, is medicine price control. Unlike the recent oil price control of freezing oil prices to their Oct. 15, 2009 levels, the drug price control is a mandatory, obligatory, confiscatory, 50 percent price cut by Aug. 15, 2009. And the affected products are the most popular, most saleable products. For instance, there are about 200 medicines in the Phil. market against hypertension, but the target of price control was on the most popular brands, also the more expensive ones, like Norvasc. So it doesn't matter that while there are anti-hypertension drugs selling at P10 or even less -- thus poorer patients have the option to buy these cheaper drugs for the same ailment -- but the policy targeted Norvasc that was selling at P44, a few other popular drugs made by multinationals.

Another confiscatory policy is intellectual property rights (IPR) and patent confiscation via compulsory licensing (CL) of a patented drug or vaccine. This scheme is a technical term for saying, "Your huge cost of medicine R&D is yours and yours alone; your losses for unsuccessful research, losses for less saleable medicines are yours and yours alone. But your successful and saleable medicine invention is also MY invention." And the government made it a policy in the new law.

So now the world is facing various diseases, new and emerging or re-emerging diseases. For instance, before that was only "ordinary flu". Later on we have bird flu, cat flu, cow flu, swine flu, etc. Tomorrow we'll have dog flu, tiger flu, horse flu, etc. And people are becoming more demanding. They want to get cured of their debilitating diseases if possible within 1 week, not 1 month, not 1 year, not 10 years. So people demand more powerful, more disease-killer drugs and vaccines. But the medicine innovators, the only companies who can bring such more revolutionary medicines, are being painted as profit-hungry capitalist multinationals, so that their products should be subjected to confiscatory policies like CL and price control.

In such an environment, we are discouraging the innovators from inventing more powerful drugs. But the richer countries respect IPR and patent, so innvoation should continue somehow, but such innovators will think twice in bringing their more powerful but more expensive, new medicines, to countries like the Philippines with socialist medicine policy. So Filipino patients in need of such medicines will have to buy such drugs in other countries like HK, Singapore, Korea, the US, Europe, etc. Which makes treatment become more expensive, not cheaper, as envisioned by the new law. The generics manufacturers are cute, they give us cheaper generic, off-patent but useful drugs. But they invent no new powerful medicines. They're no innovators.

People's lifestyle evolve, our communities evolve, diseases evolve, so the medicines to kill or neutralize those diseases should also evolve. More strains of AZ, Parkinsons, cancer, swine flu, leptospirosis, etc. should be emerging. Probably more debilitating and more cruel. The need for more new disease-killer medicines and vaccines should continue, endlesslessly. And socialist health and medicine policies are not the way to encourage such innovation.
-----------
* See also:
Alzheimer's, getting old, and new drugs, May 01, 2011
IPR and Medicines 23: Profitability of Innovator Pharma Companies, March 16, 2012
Posted by Bienvenido Oplas Jr at 6:22 PM