The impeachment trial of Supreme Court (SC) Chief Justice Renato Corona at the Senate is almost a month now, but I have not watched any of the live proceedings on tv. Sometimes I catch them on the evening news in tv. I get updated via online news and facebook :-)

Below are some of the cartoons I got from emails, or from the web. They are funny enough, I don't need to make additional captions. I did not make any of them, I just mixed them up in one frame, my only "value-added". Enjoy! 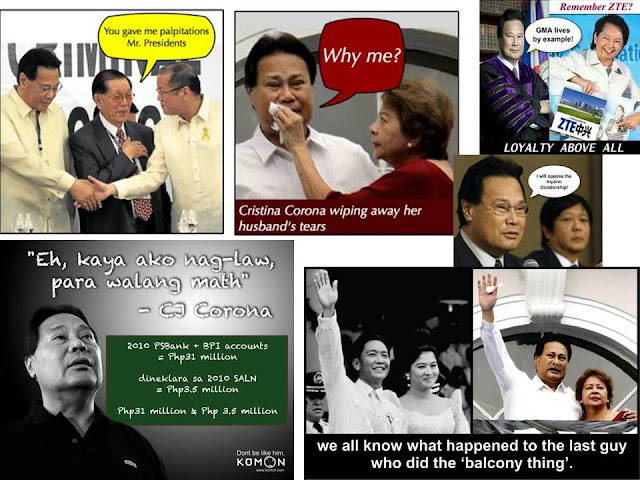 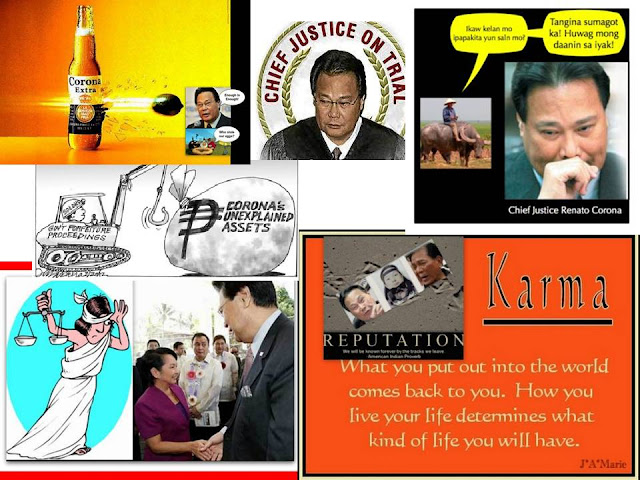 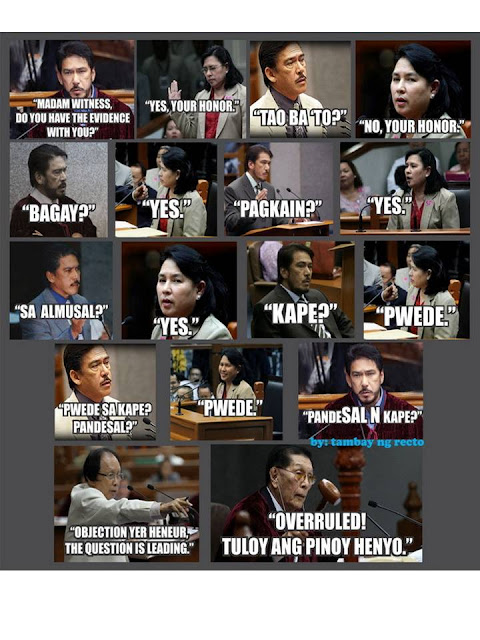 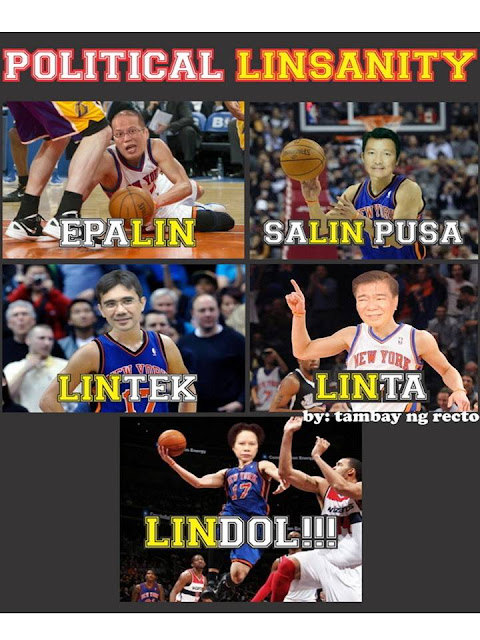 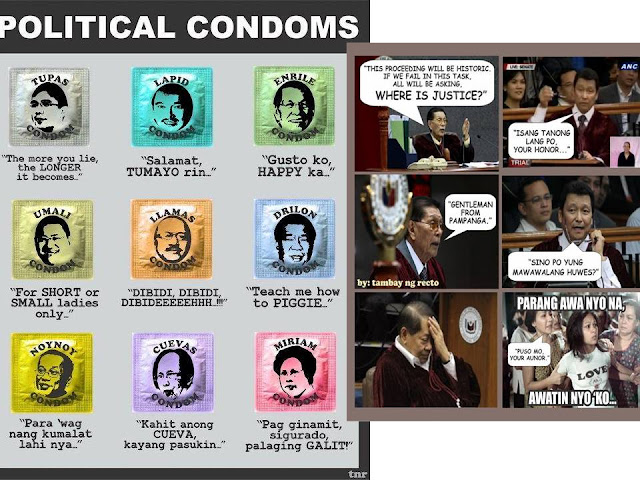