There are three things in life that are certain: death, taxes and change. Deaths allow us to recall and remember a person in his/her lifetime, if he/she has been kind to us, to other people, or not. It is this prospect of death that may perhaps be the best "regulator" of human behavior. As much as possible, people do not want to remembered as bad when they depart from this planet.

Among those people who have been kind to his friends, family and the rest of humanity, is Angelito "Lolo Angel" Mendoza (1946-2012), the head of the Ayos na Gamot sa Abot Kayang Presyo (AGAP) or Good Medicines at Affordable Prices. AGAP is a big coalition of various NGOs, from labor to community to health NGOs, and some known individuals like former Senator Wigberto "Bobby" Tanada.

Lolo Angel here in a planning workshop by the leaders of member-NGOs of the Coalition for Health Advocacy and Transparency (CHAT), sometime in January 2010. I'm seated in front of him and former Bulacan Governor Obet Pagdanganan. 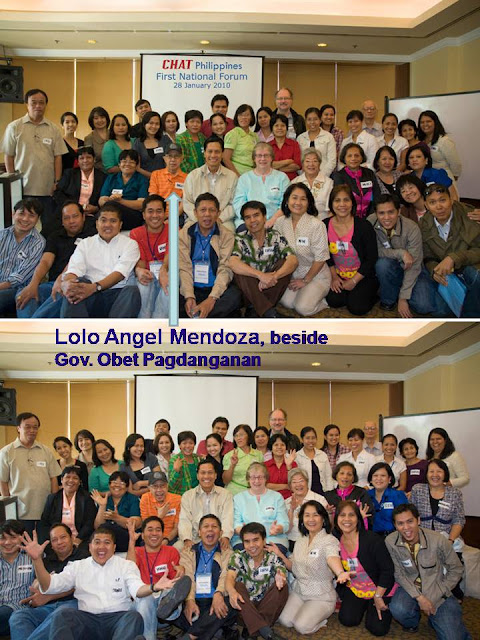 I have known and met Lolo Angel, as well as many leaders of the biggest health NGOs in the Philippines more than three years ago, when the Medicines Transparency Alliance (MeTA) organized the "CSO Mapping and Workshop for META-Philippines", January 19-20, 2009, at Diamond Hotel, Manila. After that two-days seminar-workshop, the participants agreed to form a huge network or coalition of various NGOs that will advance more transparency in medicine pricing and public policy. So already big coalitions like AGAP, the Cut the Cost Cut the Pain Network (3CPNet) and WomanHealth have become members of that new coalition, which we later called the Coalition for Health Advocacy and Transparency (CHAT). It would be the civil society arm of MeTA Philippines.

These big NGOs were also among the major advocates that pushed for the changes in the country's Intellectual Property Code (IPC) and the enactment of the Cheaper Medicines Law of 2008 or RA 9502. Minimal Government Thinkers was not a major participant in the debates prior to that law. I was just writing in this blog, in the online magazine http://thelobbyist.biz, and some op-ed papers on health issues and my critique of certain provisions of the bill that later became a law. Somehow I got noticed by Ms. Klara Tisocki, the convenor of the CSO Mapping by MeTA and she invited me to that big workshop.

Photos below, during the visit by leaders of MeTA Jordan and MeTA Zambia with MeTA Philippines. The foreign visitors met with member-NGOs of CHAT. Further below, in one of the seminar-meetings by CHAT, May 2011. Gov. Obet beside Lolo Angel. 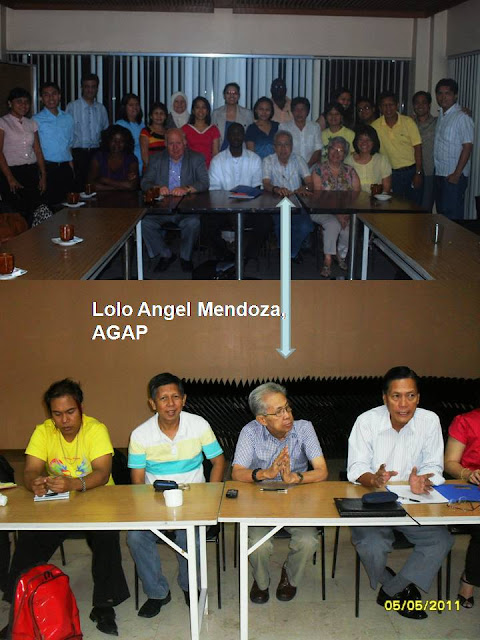 Lolo Angel had a big lump in his throat, has throat cancer. His voice is coarse and low. I would admit that I could hardly understand him when he speaks, but the man was friendly and hard working. With his disease and frail body, he still managed to attend various meetings and seminars by MeTA Philippines, CHAT, AGAP and other groups.

When we met in some of those meetings and seminars, my favorite greeting to him was "Lo, tagay na tayo!" (Pal, let's have a drink). And he would smile and giggle. Knowing that he cannot drink because of his various medications, I would keep teasing him, "Lolo, mag beer na tayo!"

My position on various public health policy issues is very often contrary to the position of AGAP and other member-NGOs of CHAT. They support compulsory licensing (CL), exhaustion of rights or "parallel importation" and other IPR-tweaking policies in RA 9502, I don't. But in the debate on imposing drug price control in mid-2009, Lolo Angel, AGAP, me and a few other NGOs took the same position of not supporting it. Lolo Angel's alternative to drug price control is more parallel importation and allow those patented but cheaper medicines from India, etc. to be brought in. While the alternative that I advocated was more competition, allow more pharma companies, local and foreign, innovator and generic producers, to come in.

Photos below, various CHAT meetings and seminars, May 2011, held at the PRRM building in Quezon City. 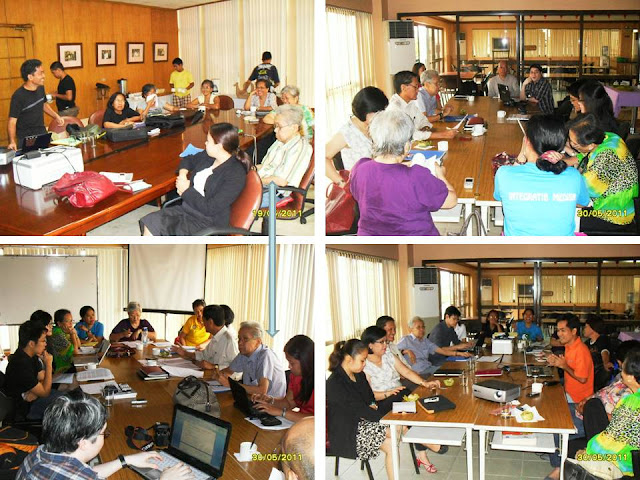 Below, the only photo I have in my computer where Lolo Angel was looking straight to the camera. To his right, were Cecile Sison and former Gov. Obet Pagdanganan. Cecile and Gov. Obet are currently the Secretary and President of MeTA Philippines. 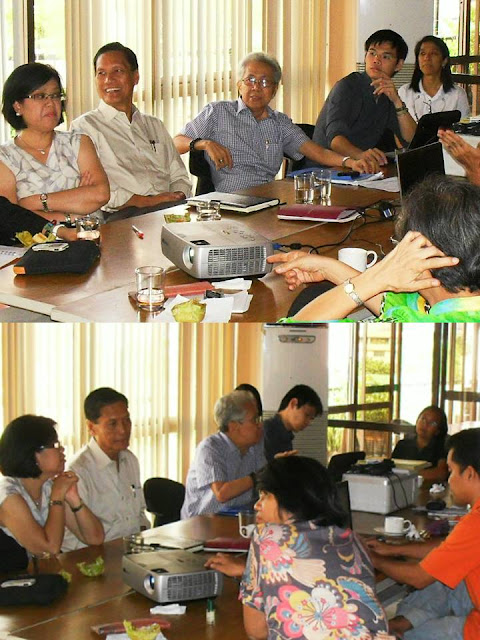 It is sad to see another friend passing away. I knew that he was sick and weak, but I did not realize that he would be departing soon. The last time I saw him was last month, during the AGAP forum with former DOH Secretary Alran Bengzon last February 16, 2012,  Generic Drugs Philippines 3: Dr. Alran Bengzon on Medicines. He looked weak but could still talk and smile.

Lolo Angel, thank you very much for the friendship.
Thank you for the various discussions. We did not share the same position on certain issues, but it was the process of exchange, the civility and respect for different ideas that mattered.

I will miss you.
Rest in peace, my friend.