growth of population is flat or declining, there are two solutions: have more robots, or have more migrants. Welfarism is an ideological enemy of free migration.

Here are some old news reports.

(1) "Germany's 82 million residents will dwindle to 74.7 million by 2050 and their average age will rise to nearly 50, assuming unchanged levels of migration, according to EU statistics agency Eurostat. Some projections are even more dire, putting the German population as low as 65 million by 2060.

At present, the age dependence rate is 27.5 on average in the 28-nation EU, but Germany and Italy are well above that level. The rate is projected to jump to 49.4 in 2050, when there will be only two people of working age for every retiree.

Most EU countries have raised their retirement age to 65 or beyond and are making citizens contribute longer for a full pension - but further increases lie ahead."
http://www.interaksyon.com/.../aging-europe-needs-the...

(2) "Globally, an estimated 44.4 million people suffer from dementia and the figure is projected to triple to 135.5 million in 2050 as the population ages, Alzheimer’s Disease International estimates. Nowhere is the problem more acute than inJapan, where an estimated 8 million people have dementia or show signs of developing it. By 2060, 40 percent of Japanese will be over 65, up from 24 percent today, according to National Institute of Population and Social Security Research.

When the national program, called Dementia Support Caravan, began in 2005, apartment managers were the first to join. They were dealing with tenants who complained about elderly neighbors banging the wrong doors, failing to sort bins, stealing newspapers and rubbing human waste on communal walls, said Hiroko Sugawara, who runs the program. Now demand is rising across corporate Japan." http://www.bloomberg.com/.../bank-tellers-serve-as...

(3) "Japan's birth rate hit a record low in 2014 at just 1,001,000 infants. When combined with 1.3 million deaths in the same year, that's a deepening population crisis. According to Japan's population institute, the overall population could dip to 107 million by 2040 — or 20 million lower than today.

At the same time, Japan's population is shrinking and graying, setting up a "demographic time bomb" that could radiate out globally through the country's Greece-level national debt and deep economic ties with China and the US." July 1, 2015.
http://www.businessinsider.com/half-of-japanese-people...

(4) "Despite an explosion in population greater than Malthus could have ever imagined, global living standards are higher than ever.

.. the precautionary principle, which this book rightly castigates. Based on a confusion between the sensible precept “be careful” and the nonsensical proposition that you can’t be too careful, it insists on taking the worst-case scenario as the outcome that should dictate policy. On that basis, one would never get in a car. And the massive technological advances that we have seen since the Industrial Revolution, and the reduction in global poverty that has followed, would never have occurred.

Another factor is the quasi-religious appeal of these prophecies, which may help to explain the papal encyclical to which I referred at the start. Even more recently, the Church of England at its latest synod called for all vicars to be trained in “eco-theology” as well as the Bible. It also called for churchgoers to do without lunch on the first day of each month, as a fast against climate change. Perhaps this should not be mocked: It might help combat obesity, which is probably more damaging than climate change. 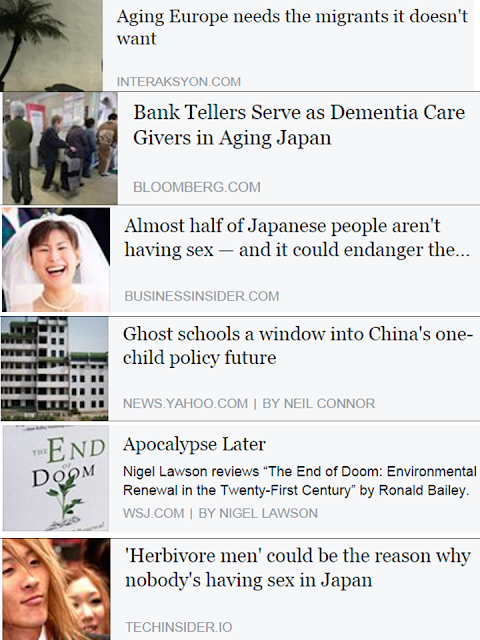 That's an overall loss of 268,000 people, and a signal of a population crisis in one of the world's most developed and debt-ridden economies."

"TCOR and later UNEP’s Agenda 21 adopted and expanded the Malthusian idea of overpopulation to all resources making it the central tenet of all their politics and policies. The IPCC was set up to assign the blame of global warming and latterly climate change on human produced CO2 from an industrialized expanding population. They both developed from false assumptions, used manipulated data and science, which they combined into computer models whose projections were, not surprisingly, wrong. The result is the fallacy of global warming due to human CO2 is a subset built on the fallacy of overpopulation."
http://wattsupwiththat.com/.../overpopulation-the.../ 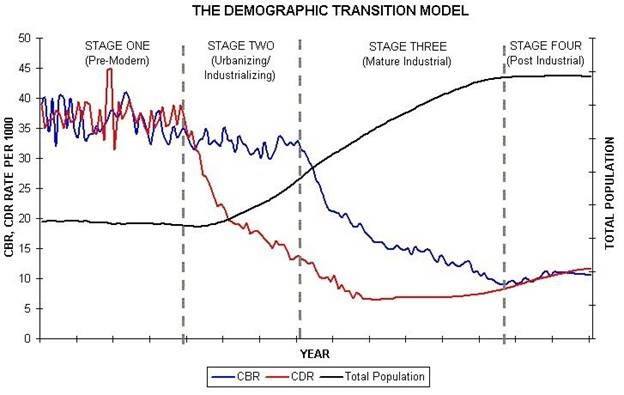 Japan depopulating, something like 100,000 to nearly 300,000 people a year. Japan will be forced by circumstances to have more migrant workers, and/or more robots. The same thing will happen to China. So the China commie government should be more realistic now -- it should not alienate big population countries like India, Pakistan, Bangladesh, Philippines and Vietnam. Soon, these 5 countries will supply many of its manpower requirements. Or it may accept more people from Nigeria, Ethiopia, other African countries.

Migrant workers will eventually flood in, Japan will have no choice. Between ageing Japanese with dementia who cannot find their way home, would walk and get lost in the cold and die, and get foreign workers to take care of their ageing parents and grandparents, the latter should be preferable to more Japanese.

Liberalize travel and migration, relax those work visa restrictions. We should be moving towards a globalize and borderless world. That is what the Maddison data show -- as human population expands, as they move from one country/continent to another, to improve their lives and the new communities they adopted, per capita income rises. Visa restrictions and border sealing were 1900s thinking of governments that persist until now. But further human modernization, FTAs among countries, and demographic realities will force those governments to slowly tear down those strict border restrictions.
------------