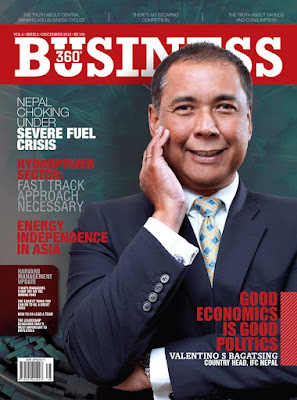 Here is a review of electricity production per country and what energy sources they come from. 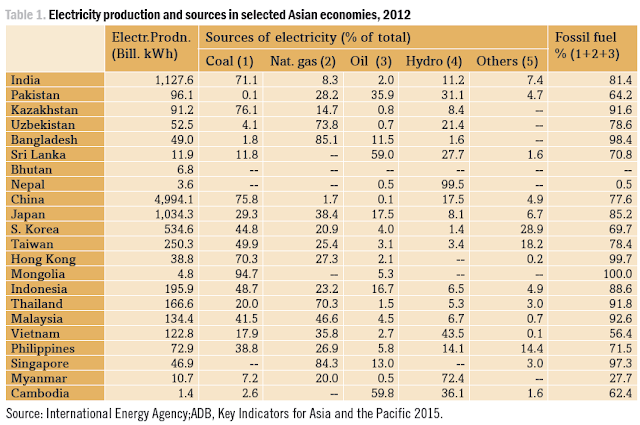 Nepal has high dependence on hydro power. While this is a good thing as Nepal has lots of rivers and lakes, big and small, this can be dangerous too during severe winter and frozen water stays longer in the mountains, meaning longer power supply disruption.

When I was in Nepal for one week in January 2015, the lack of electricity was among the most prominent issues that I observed. Many road intersections have no stoplights, all hotels have generator sets, many streets are dark at night, and so on.

In previous papers in this magazine over the past two years, this column has advocated the need to liberalize and deregulate the energy sector in Nepal and other countries in Asia. In particular: 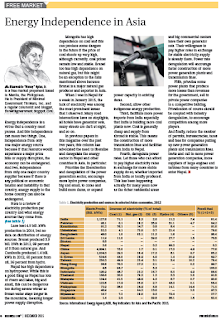 Second, allow other indigenous energy production like coal power if there is sufficient amount of coal that can be mined and extracted within Nepal.

Third, facilitate more power imports from India especially that India is building more coal plants now. Coal is generally cheap and supply from abroad is stable. This means the construction of more transmission lines and facilities from India to Nepal.

Fourth, deregulate power rates. Let those who can afford to pay higher electricity rates in exchange for more stable supply do so, whether imported from India or locally produced. This has been happening actually for many years now as the richer residential areas and big commercial centers have their own generator sets. Their willingness to pay higher rates in exchange for stable electricity supply is already there. Power rate deregulation will encourage faster construction of more power generation plants and transmission lines.

Fifth, privatize some power plants that produce more losses than revenues for the government, sell to private power companies in a competitive bidding. Privatization of course should be coupled with industry deregulation, to encourage competition among more players.

And finally, reduce the number of permits, bureaucracies, taxes and fees for companies putting up new power generation plants and transmission lines.  Invite and call in more power generation companies, more suppliers of large engines and turbines from many countries to enter Nepal.
-------------