Despite all the negative news, stories and analysis of the world and many countries, the world is actually getting better, more peaceful, have less famine-related problems. Human progress continues, human prosperity expands, despite climate alarmism and health worryism that also expands in many sectors of the planet.

Here's my quick top 10 good news about the world. Thanks to this article, Two cheers for 2015
for some leads. If I have more time to search, this list can have minor change but this is fine already.
------------

1. Proportion of the world’s population that is undernourished decreased from 19 percent in 1990 to 11 percent in 2014. 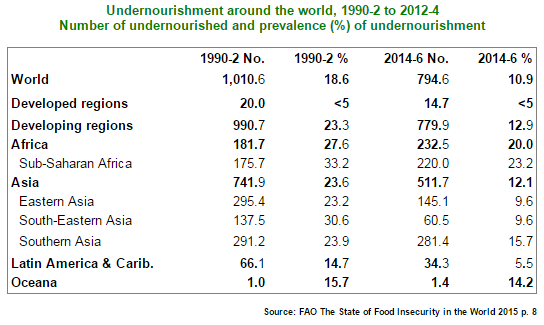 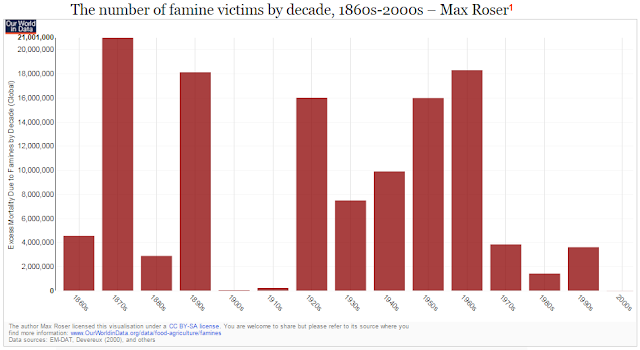 3. Child mortality rate has declined by around 50 percent between 1990 and 2015. Similar trend in infant mortality. 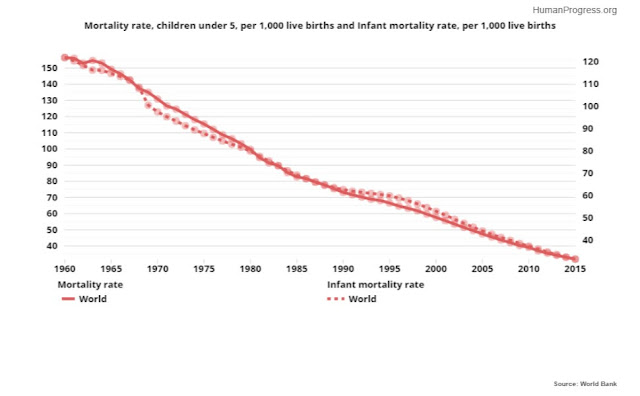 4. HUMANS 2.0: HOW THE ROBOT REVOLUTION IS GOING TO CHANGE HOW WE SEE, FEEL, AND TALK
by Nick Heath

Robots aren't going to replace us, but by working hand in hand with us they will redefine what it means to be human.

The year is 2025. You're sitting in a surgery watching your doctor carefully insert the tips of her fingertips into black thimble-like actuators. A screen in front of the doctor flashes with the image of a glistening tunnel of flesh and, as she huddles over the controls, you feel a stirring in your bowels.

The gelatinous mass you feel coming to life inside you found its way into your body 24 hours earlier, when you swallowed a pill that looked unremarkable, save for its bulk. That pill was actually a package of edible electronics, a miniature robot that will allow the doctor to feel inside your body without making a single incision. This is the coming world of augmented humans, where technology gifts people senses, skills, and strengths never before available.
http://www.techrepublic.com/article/humans-2-0-how-the-robot-revolution-is-going-to-change-how-we-see-feel-and-talk/

Merck CEO Kenneth Frazier said the company has found, based on new data released over the weekend, how its immune therapy drug Keytruda may help to fight advanced lung cancer.

“This is a new category of drugs that stimulates the body’s immune system,” explained Frazier who singled out the patients who may see the biggest benefit. “With respect to the people who are the sickest lung cancer patients, we now know, using Keytruda will extend their life by approximately 13 months on average. We know that it will reduce the risk of death by 30-40% for people who had failed on standard chemo-therapy.”
http://www.foxbusiness.com/business-leaders/2015/12/21/merck-ceo-on-major-breakthrough-in-lung-cancer-treatment/

The world's first malaria vaccine has cleared one of the final hurdles prior to being approved for use in Africa. The European Medicines Agency gave a positive scientific opinion after assessing its safety and effectiveness.

Malaria kills around 584,000 people a year worldwide, most of them children under five in sub-Saharan Africa. Mosquirix, otherwise known as the RTS,S vaccine, is the first against a parasitic infection in humans. Dr Ripley Ballou, head of research at GSK vaccines, said: "This is a hugely significant moment. I've been working on this vaccine for 30 years and this is a dream come true."
http://www.bbc.com/news/health-33641939

Imperial College London has found that two networks of genes determine whether people are intelligent or not so bright.

They liken the gene network to a football team. When all the players are in the right positions, the brain appears to function optimally, leading to clarity of thought and what we think of as quickness or cleverness. However when the genes are mutated or in the wrong order, it can lead to dullness of thinking, or even serious cognitive impairments.

“What’s exciting about this is that the genes we have found are likely to share a common regulation, which means that potentially we can manipulate a whole set of genes whose activity is linked to human intelligence. Our research suggests that it might be possible to work with these genes to modify intelligence, but that is only a theoretical possibility at the moment – we have just taken a first step along that road.”
http://www.telegraph.co.uk/news/science/science-news/12061787/Intelligence-genes-discovered-by-scientists.html

Researchers from Glasgow University have discovered a new method for producing graphene that could make it 100 times cheaper.

“The commercially-available copper we used in our process retails for around one dollar per square metre, compared to around $115 for a similar amount of the copper currently used in graphene production. This more expensive form of copper often required preparation before it can be used, adding further to the cost of the process.”

Hailed by some as a ’wonder material’ since its discovery in the 2000s, graphene has a range of potential uses, from electronics and sensors, to energy storage and healthcare. Dahiya’s personal area of interest is synthetic skin, and he believes graphene could help produce prosthetics capable of delivering complex sensation to the wearers.
http://www.theengineer.co.uk/breakthrough-could-make-graphene-100-times-cheaper/

The WB and other government multilateral/foreign aid agencies can argue that it was because of "more government" that poverty has declined. Maybe yes, but likely not. Why? Because it's always the endless innovation in the private sector -- often curtailed by endless permits, taxes and bureaucracies -- under a competitive environment, that fuels those new inventions in healthcare and other sectors of the economy. 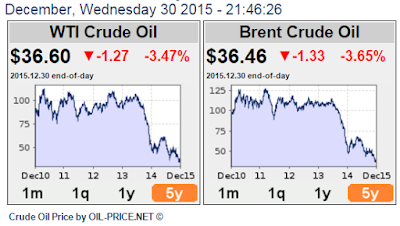 More enterprise competition and innovation, less government taxes and bureaucracies, they are the key to sustain global peace and prosperity.