Reforestation without government and taxes involved

Among the many big proof why humans are often unnecessary to "reforest" the planet, lowlands or uplands. Trees just grow by themselves even in the most "adverse" conditions. 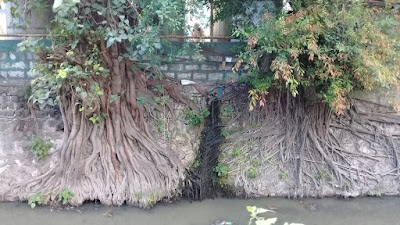 I took these photos in one of many creeks in Makati City, at Metropolitan avenue, across the Manila South Cemetery. Those trees just grow on the rocks, on fences, their extensive roots extend wide and deep in small cracks. 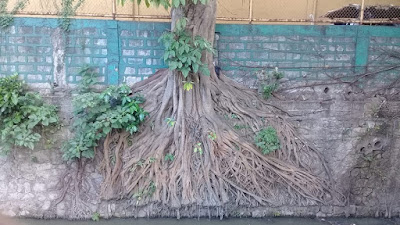 Never planted by humans, not even by any government agency or department of environment. They can grow big and heavy and damage some human structures by their weight alone. Few more years and that fence can be gobbled by those trees. 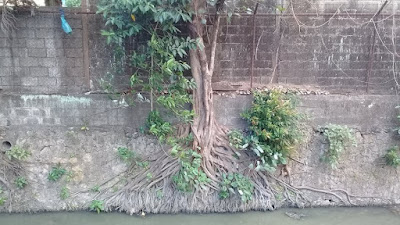 I argued since many years ago that in the uplands, in mostly denuded "public forest lands", if the goal is to reforest them, the first thing that government should do is NOT to plant trees, but clear those thick vines, tall grasses that deprive young trees (they grow and regenerate on their own) of sunlight. During the dry months, those grasses become potential fuel in sporadic grass fires in the uplands, killing those tree species that are less fire-resistant. After the naturally-regenerating trees have been freed of those vines and tall grasses, then planting of young trees (same or different species) can be done in vacant spaces. 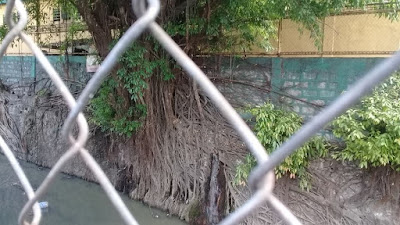 In our farm in Pangasinan for instance, these self-regenerating trees grow like grasses, too many of them, they hardly grow big because of fierce competition for sunlight, minerals in the soil, water. The only way for some of them them to grow big and clear the area of unnecessary dangers (insects, bugs, frogs, snakes, reptiles, etc. can thrive and live there) is to remove and/or transfer some of those small regenerating trees, allow the bigger ones to thrive and grow bigger, taller. 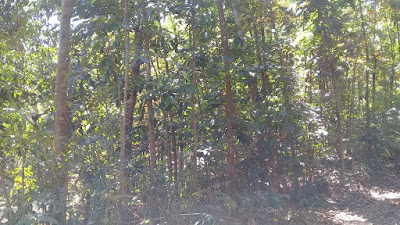 The next year, new batches of young, wild saplings will grow naturally in the cleared area. Need to clear them again.

Nature even abhors the presence and wastes of many government agencies and taxpayers-funded "annual reforestation" projects.
Posted by Bienvenido Oplas Jr at 12:27 AM

Email ThisBlogThis!Share to TwitterShare to FacebookShare to Pinterest
Labels: reforestation