The "planet saviors", their leaders, they are a bunch of jokers and story tellers. See the timeline of their "last chance" warnings to save the planet unless we send them trillions and trillions of dollars.  There were many similar stories in between these years, I just show random stories from 1992 to 2018. Enjoy.

(6) "Bill McKibben: This Is Our Last Chance to Save the Planet"
By Start Making Sense and Jon Wiener APRIL 20, 2017
https://www.thenation.com/article/bill-mckibben-this-is-our-last-chance-to-save-the-planet/

(7) “Global Warming and Climate Instability: One Last Chance to Save Ourselves”
By Richard Gale and Dr. Gary Null
Global Research, March 12, 2018,
https://www.globalresearch.ca/global-warming-and-climate-instability-one-last-chance-to-save-ourselves/5631803 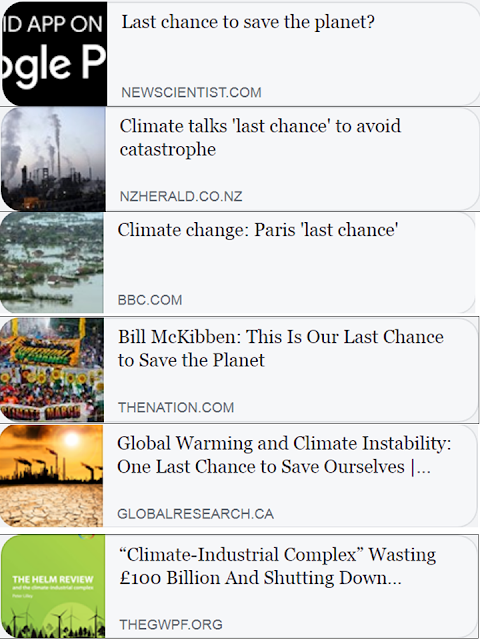 A compilation of “The hilarious legacy of ‘last chances’ for climate, exposed” by Anthony Watts, WUWT November 2, 2015,
https://wattsupwiththat.com/2015/11/02/the-hilarious-legacy-of-last-chances-for-climate-exposed/

Also a compilation of "last chance" as of June 2016,
http://climatechangepredictions.org/category/last_chance

And from The GWPF, March 5, 2018,
http://www.thegwpf.org/climate-industrial-complex-wasting-100-billion-and-shutting-down-debate-warns-lilley/ 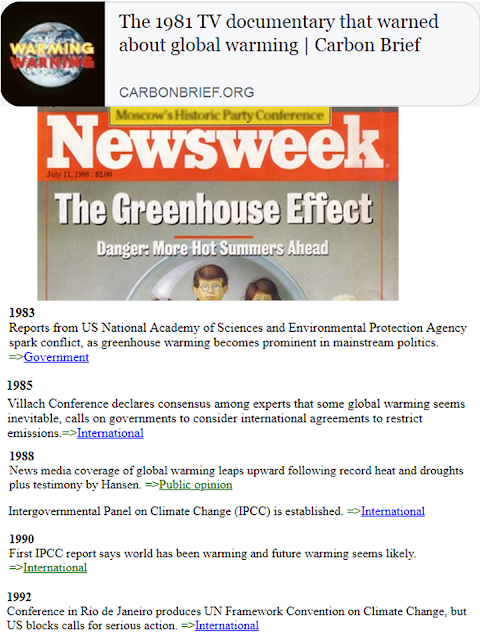 I think this will be among the news headline in the future:

Meanwhile, here's is the latest data on global air temperature, the lower troposphere as of end-February 2018, UAH data. 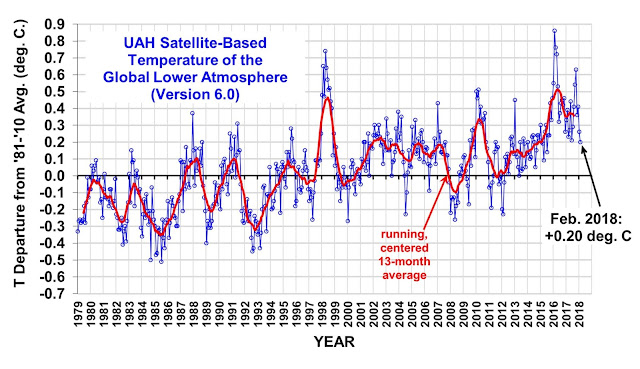