That in a sense, is how a nonfinance researcher like me would attempt to connect the dots. The first and third actions are government interventions while second and fourth are market reactions to these interventions.

Since I am not a stock market analyst, I chose to attend the BusinessWorld Stockmarket Roundtable held Tuesday at Makati Shangri-La Hotel. After all, it was a good opportunity for researchers and investors to know more about the stock market.

Gus Cosio argued the following points, among others: (1) the TRAIN’s personal income tax cut will put more cash in the pockets of salaried people, good for current account, savings account (CASA); (2) rise in short-term interest rates are good for net interest margin (NIM) expansion; (3) rise in prices will raise demand for working capital; (4) decline in required reserves will reduce intermediation cost; (5) better macro growth means fewer troublesome loans; (6) never put all your hopes on one or two stocks and invest in a basket of stocks.

Mike Gerard Enriquez started being less optimistic and enumerated sources of potential disruptors in the stock markets: (1) faster hikes in US Federal rates and balance sheet reduction, (2) faster pace of peso depreciation, the worst-performing Asian currency at the moment, (3) higher inflation due to new taxes, (4) worsening current account deficit, and (5) risk in government implementation of reforms. Overall though he is optimistic and expressed the need to expand the number of listed companies at the PSE.

April Tan highlighted the following points, among others: (1) market correction in January was expected due to hike in US bond rates, (2) the correction was a good opportunity to accumulate stocks at more attractive valuations, (3) weaker peso and higher taxes are inflationary and can adversely affect consumer spending, (4) but inflation is not a long-term but a short-term issue, (5) historically, equity markets have gone up with higher rates, and (6) long-term economic prospects remain positive with favorable demographics, high remittances from OFWs and growing BPO sector.

Jun Calaycay discussed these considerations, among others: (1) the Bangko Sentral ng Pilipinas is expected to raise interest rates 1-2 times this year, (2) higher inflation from TRAIN is felt more by people on the ground, (3) despite these, Philippine economy will continue to expand, (4) good prospects this year are construction and allied services, power and energy sectors.

I learned several lessons, especially for a nonfinance guy like me. My concerns and research work are focused on government policies that distort the normal incentives system if markets are left more freely.

Encouraging more portfolio investments and foreign direct investments (FDI), more big infrastructure projects via integrated PPP and not “hybrid” PPP and without tax hikes à la TRAIN — all these took place during the past administration. 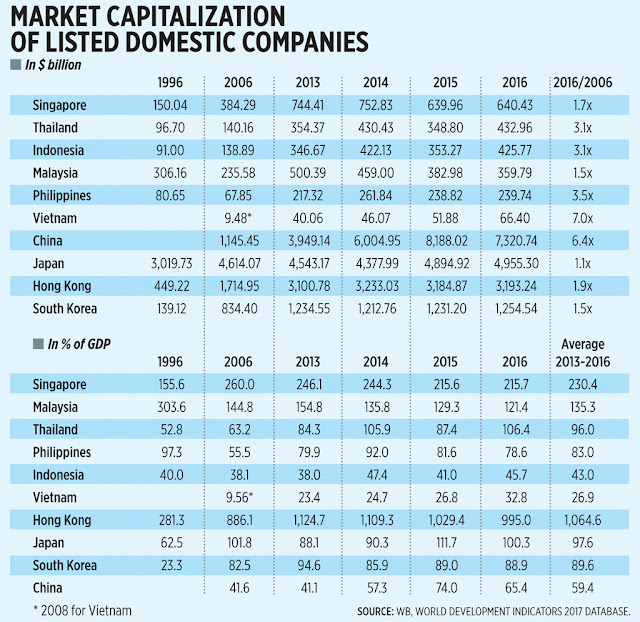 That is why the coming TRAIN 2 should aim for significant tax cuts in CIT and VAT while reducing the number of exemptions and tax holidays. A nontax-hungry TRAIN can tame inflation, stabilize the credit markets and expand the stock markets.
--------------