“The consumers force all those engaged in production to comply with their orders…. It makes competition work. He who best serves the consumers profits most and accumulates riches.”

Market competition is good. It gives consumers more options and forces competing players to adjust to their varying demands and wishes.

However, several government regulations — such as price and fare controls — go against this principle because it discourages companies from introducing innovation.

When Uber pulled out of Southeast Asia and decided to merge with Grab, it was simply exercising its prerogative. After all, the company, or any company for that matter, can freely enter or leave a market on its own.

Uber has helped popularize technology-based ride-hailing in the region and has inspired Grab and emerging players to do the same, and even improve on the technology aspects of the business.

What should worry the public, especially the commuters, is when government — via the LTFRB, DoTr — decides to bureaucratize the emergence of new players by imposing new regulations like fare control via cap or ceiling on price surge, among a host of other requirements.

Grab as the surviving big entity cannot and should not be considered as “monopoly.” After all, regular cabs, airport taxis, and hotel cars remain available.

If commuters really want cheap rides, they are free to ride buses, jeepneys, and UV expresses.

The price surge in exchange for availability of cars when they are most needed is a trade-off that many Filipinos and Southeast Asians can accept.

Here are four reasons why.

First, people in the region have rising income and therefore, more people have the ability to pay for more expensive trips in exchange for convenience, comfort, and safety.

These numbers show two things: (1) car sales are high and are rising further (except in the Philippines which implemented increased excise taxes on cars due to TRAIN), and (2) per capita income is either high (Singapore, Malaysia, Thailand) or at medium level but the expansion is high, 30-38% in just five years (Indonesia, Philippines, Vietnam).

Two, the price surge is an incentive for drivers to go to “inhospitable” areas. A person living in a very congested neighborhood but has to bring a family member to hospital emergency may not bother paying a price surge 10x or 20x because it is a matter of life or death for the loved one. And it is possible that the driver may not even charge at all if he/she sees the condition of the patient and have pity.

Three, the contracting system by taxis is a form of a price surge, an incentive for the taxi driver to pick up passengers despite heavy traffic, or flood, or late hours of the night or wee hours of the morning.

Many passengers would agree to pay for increased fares so long as they reach their destination safely. The LTFRB cannot track price surges by taxis but can check price surges by tech companies and this is where agency harassment is most pronounced.

Four, an expensive dominant player is good news to new and upcoming players. They might have a big volume of instant customers if they can initiate and offer lower prices for the same level of convenience and safety.

In a similar case, a friend who runs a UV Express made this observation.

We at the UV Express side are experiencing purging. Transportation is a very good source of livelihood but up to now government does not open any franchises for the transport sector. “Colorum” vans and operators are treated like criminals with a shoot order. All these operators and driver want is a decent job. Government does not have an alternative solution to incorporate returning OFWs who use their hard-earned money to buy cars or vans hoping that government will open new franchises to do business in the country. Government treats would-be small businessmen as criminals since it prevents the people the opportunity to be legal. 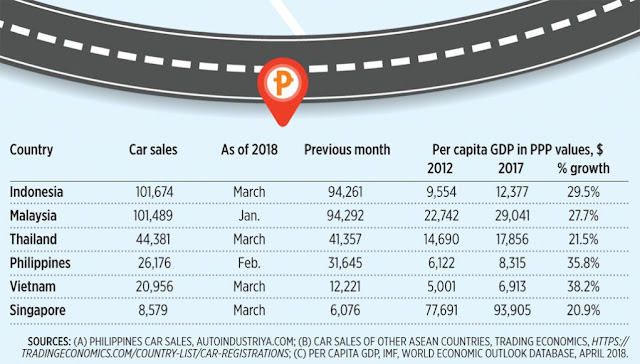