China Watch 27, How many islands the PH has? 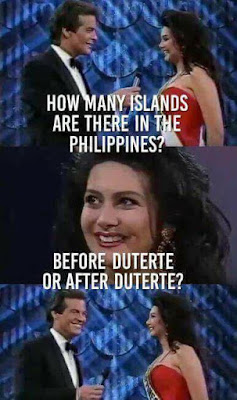 A friend sent me this meme, I posted it in my fb wall with this note:

Old Q: How many islands in the PH?
Old clarification: High tide or low tide?
New clarification, this...
(and the joke is on us)

Many people commented and shared it, nice.

Some trolls came, posted their own meme with quotes like
"you want Duterte to attack those islands?"

That comment can only come from paranoid and even idiotic minds. The choices for weaker states are not going to war, bombing the bigger bully, appeasing the bully, no. The more rational choices are largely international diplomacy, internationalize the issue, in so many intl and global fora. Even communist dictators can be ashamed too. And other countries with strong military can be inspired by the persistence of weaker states to fight diplomatically.

Use various UN and other multilateral venues to internationalize the issue -- which Du30 never did. The PCA ruling was made 2 weeks when he became President, all he has to do is to invoke it repeatedly, he never did. The US, UK, etc sail their huge ships in the SCS/WPS citing that PCA ruling that CN does not own or control that sea.

Then comes a friend, seemingly a die hard Du30 fanatic, Tata Tupas-Matthews. She brought up many issues and subjects that are totally unrelated to the thread. 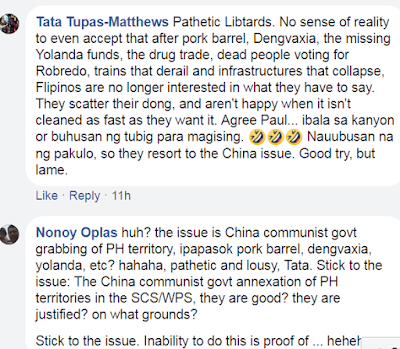 1. China communist govt annexation of some PH territories in the SCS/WPS, they are good? they are justified? on what grounds?

2. Duterte not using the UN PCA ruling that was handed down 2 weeks when he was already President, good? justified?

What she did, she would delete her evasive comment then copy-paste it as "new comment", see what happens: 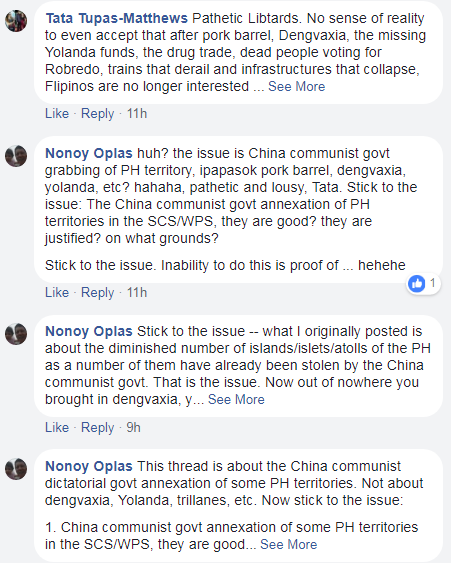 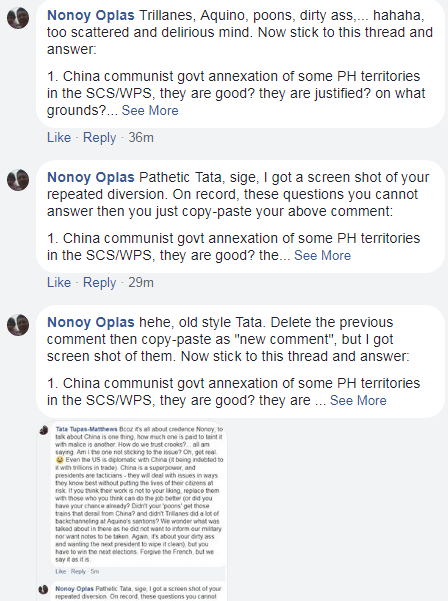 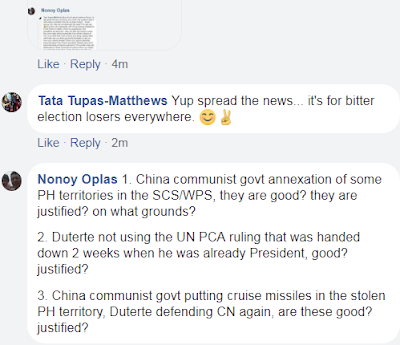 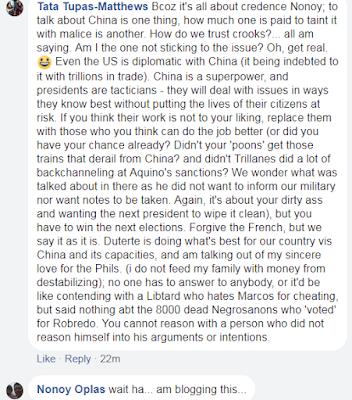 The irrationality of Duterte can only be appreciated by his equally irrational die hard supporters, they will never answer those 3 simple questions that are actually answerable by Yes or No. They can cite anything and everything that are irrelevant to the questions posted.

Update: I posted this post in the thread, she saw it, still did not answer the 3 simple questions and dragged another name. Pathetic, off tangent, delirious mind. 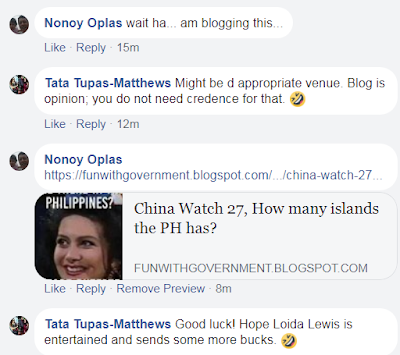