Can you believe that? The original formulation was that global warming will cause more drought and less rain, more mild winter and even no-snow winter in the northern hemisphere.

No way, the warming religionists will reject the above (3rd) paragraph. Because man-made warming will cause less rain and more rain, less snow and more snow, less storms and more storms. Whatever weather we will have, man-made warming, or man-made climate change, is to blame. And hence, we should send more money to the UN and its attached agencies, we should borrow more money from the WB and ADB in climate adaptation loans, electric tricycle loans, and send them back more money in debt servicing. And of course, people should donate more money to the WWF, Greenpeace, Oxfam and other environmental gurus and planet saviors.

The weather has been freaky the past few days here in Metro Manila and many provinces of the Philippines. Heavy rains especially in the evening, resulting in street flooding in many areas and cities. This morning, heavy rains pounded again the metropolis and many provinces. Photos below I got from facebook shared by some friends, not one of them came from my camera. Some photos from DZMM radyo patrol. 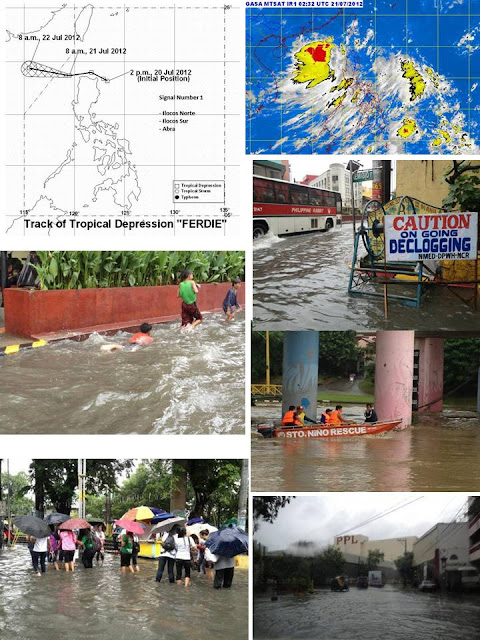 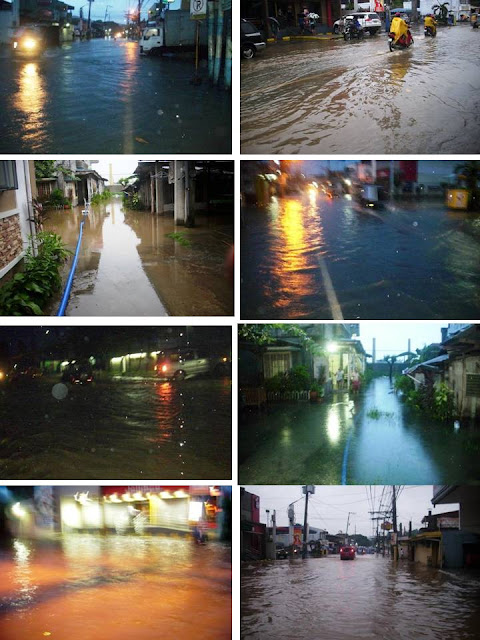 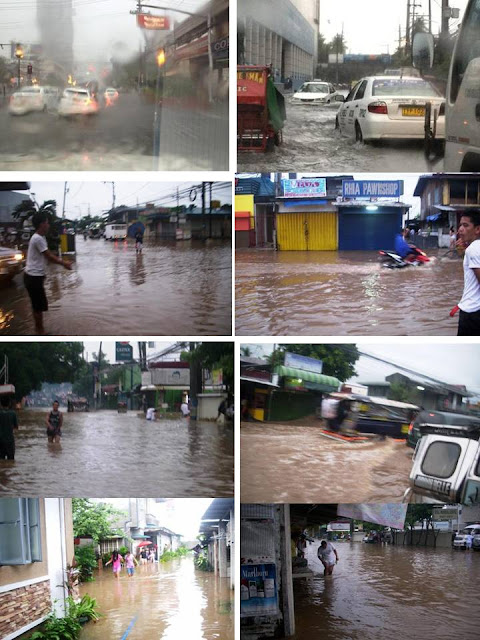 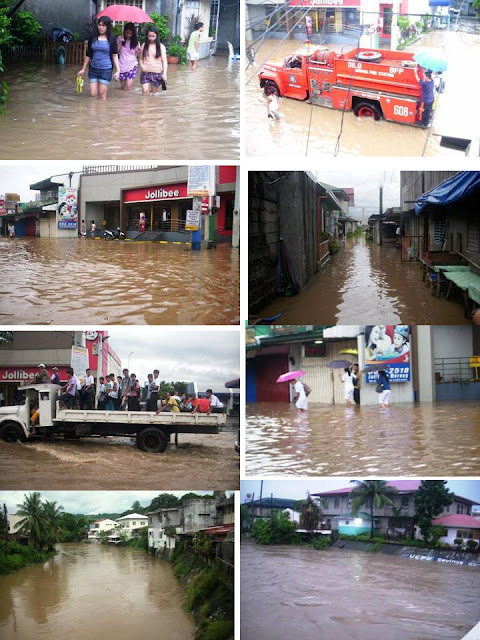 On another note, we may have encountered several news reports this week that global CO2 emission has jumped by several billion tons, mostly coming from China and other developing countries in the world. Their formulation is similar to the above claims by the warmists: more CO2, more global warming, resulting in more rain or less rain, more snow or less less snow.

A good brief discussion by a friend, Pierre Gosselin of NTZ.  http://notrickszone.com/

By P Gosselin on 19. Juli 2012
New CO2 report! Expect the mainstream media to begin their chorus of impending doom and gloom now that the latest annual global CO2 report has been released.
Warmist energy and climate website CO2-Handel reports here that once again global CO2 emissions have increased, reaching a record level in 2012!  Yet CO2 Handel forgets to tell us that global temperature hasn’t risen in almost 15 years:

Atmospheric CO2 has been rising for years, but global temps are going in the opposite direction! Source: woodfortrees.org (Straight lines drawn in by hand by NTZ)....

And from Steven Goddard, http://stevengoddard.wordpress.com/


No Warming Since Kyoto Was Rejected Fifteen Years Ago

Posted on July 18, 2012
The US Senate unanimously rejected Kyot0 in 1997, and since then there has been no change in global temperature. 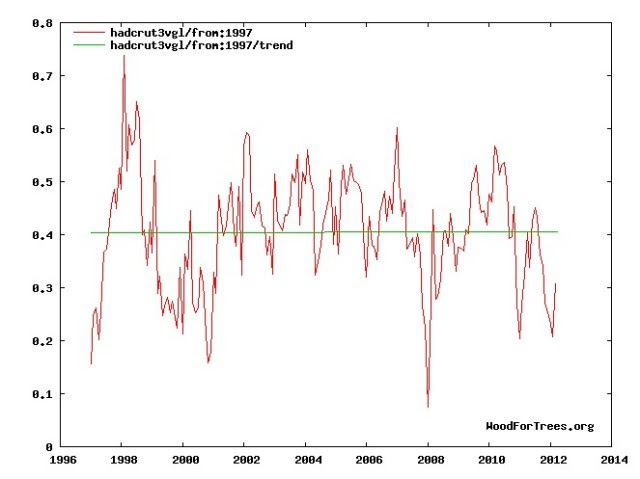 Wood for Trees: Interactive Graphs
The lesson from this might seem obvious, but the woman below is having a tough time figuring it out. 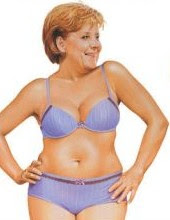 The German chancellor, Angela Merkel, warned on Monday that global warming will accelerate at a dramatic rate unless leaders reach a deal on limiting greenhouse gas emissions as soon as possible.

I like your comparison in 'projections' due to 'scientific consensus'. GIGO thrives.
Did you catch http://opitslinkfest.blogspot.ca/2012/07/20-july-fraud-and-reputation-climate.html I found it interesting that the outlines of academic con were becoming clear. Biased BBC lambasted the Beebs over its scaremongering for a good 3 decades now.