Most central planners with bleeding heart against social inequality rebel at the sight or thought of billionaires. They say, how can those guys afford to have so much wealth while so many (millions, hundreds of millions, take your pick) are so poor and barely have any property, much less food to eat regularly?

This report below pours cold water on their social anger or angst. A billionaire who owns not a single house or car, and plans to give away half of his money later on.
------------- 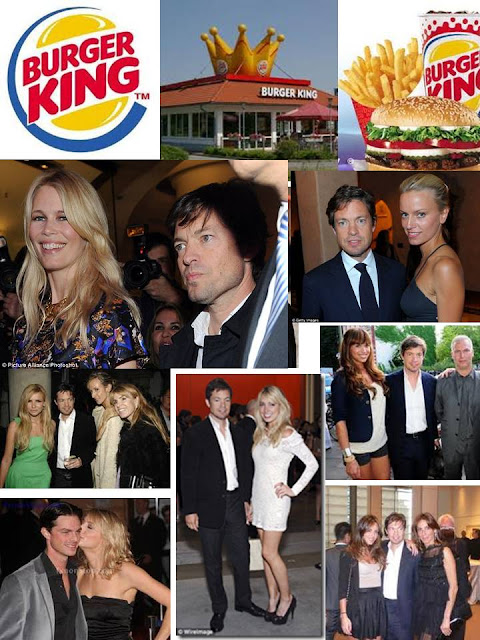 The homeless billionaire: Burger King boss doesn't own a house or even a watch (even though he's worth £1.5bn)

* Nicolas Berggruen, 50, has £1.5billion fortune... but plans to give half away
* Has bought £881m stake in Burger King... but carries things in paper bag
* Whatever I own is only temporary. It's our actions that have real value'

He doesn't own a house, car or even a watch and the few belongings he does have are carried around in a paper bag.

Possessions have 'zero appeal', he says. It's our actions that have real value.
But what sets the 50-year-old apart from nearly all other homeless people is the small matter of his £1.5billion fortune.

Berggruen got rid of his New York pad and private island 12 years ago. Home is far more transient nowadays.

Life for him is a jet-set one - trotting the globe, hanging out with beautiful women and staying in luxury hotels, sometimes in 14 different cities in a month as he builds his enormous business empire.

His most recent acquisition has been a £881million stake in Burger King.
But in spite of his wealth, the Franco-German tycoon insists he doesn't need, or want, material goods.

'Possessing things is not interesting,' he told the Daily Mirror. 'Living in grand environments to show myself and others that I have wealth has zero appeal.

'Whatever I own is temporary, since we're only here for a short period of time. It's our actions that will last for ever. That's real value.'

Berggruen was born into a privileged family (his Jewish father, Heinz, was a wealthy art dealer who befriended Pablo Picasso) in Paris in 1961.

He had a rebellious streak when growing up - getting expelled for 'insubordination' from a Swiss boarding school and once vowing he wouldn't learn 'a word of English' because it was the language of imperialism.

He did, however, move away from that view and went on to study finance at university in New York.

(Playboy: The 50-year-old often hangs out with beautiful women like Claudia Schiffer on his jet-set travels...
Happier now: Berggruen, posing with actress Lisa Lovbrand in 2009, says he prefers living like a nomad)

In 1988, he jointly founded hedge fund Alpha Investment Management and later created Berggruen Holdings, which bought slices of firms around the world.

I like this story because like Mr. Berggruen, I also do not own a house, just renting an old apartment for my family. I also do not own any land property. I have a car though, but it is turning 16 years old soon. While he has pretty women walking with him in his jet-setting lifestyle, I have beautiful young daughters and a wife walking with me.

Detachment from  material possession, high mobility, high professionalism, highly individualistic and yet altruistic. These are rare qualities for people, much less for billionaires. He just keeps producing things for humanity, creates lots of jobs to people, pays lots of taxes to tax-hungry governments, and satisfies his personal needs and desires without stepping on other people's toes. Definitely one of my idols.

Berggruen is part of the corrupt, racist, abusive jewish mafia that has been abusing Americans ever since the coup of 1912.