State Of the Nation And Dress. I like that description by Cong. Pablo of Cebu, referring to the elaborate clothing by the legislators, their spouses and families, during the President's State of the Nation Address (SONA) yesterday.

The left leaning legislators and lovers of more government, more regulations, more taxation, more forced equality, particularly those from Bayan Muna or the mother organization BAYAN, had a field day protesting certain programs of the administration (or the lack of it ) both inside and outside the Batasan.

Party list Cong. Teddy Casino wore a barong with design "PRESYO IBABA", meaning prices of basic commodities must come down. Cong. I actually replied to his tweet about it, I said something like this "Yes, please tell the NPA  rebels to stop their extortion of businesses as these costs are passed on to us consumers", he did not reply.

The barong by another Party list Cong., Paeng Mariano has the design, "Hacienda Luisita, Ipamahagi" referring to the implementation of agrarian reform in that place, in Tarlac City. Lower design wore by a GABRIELA party list Congw. It says something about healthcare services. And another Bayan Muna party list Cong.  Colmenares wore a barong with the design, "Free the political prisoners". I'm no fan of any of these guys but I like their creativity in putting their advocacy in their formal dresses. 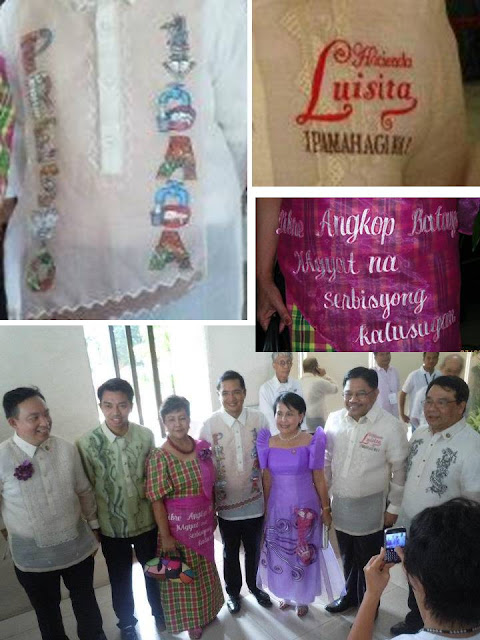 A long line of street demonstrators, along Commonwealth Avenue, going to Batasan. The last time I joined a rally during SONA was perhaps in the late 80s or more than 20 years ago, when I was still enamored with socialism.

These photos are from the facebook album of the Medical Action Group (MAG). I thanked John and Edel for their permission to use them here. 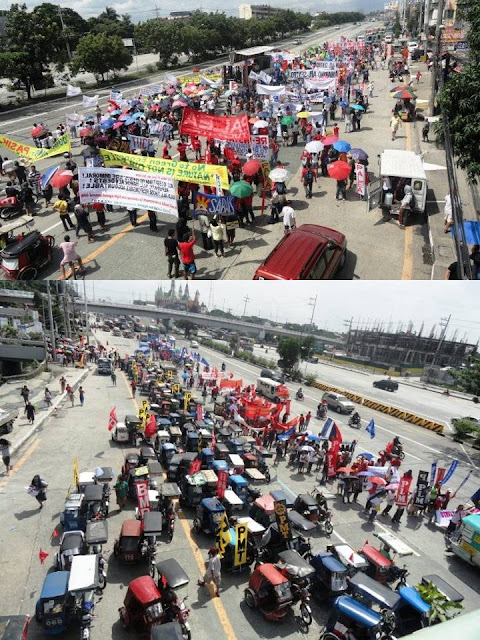 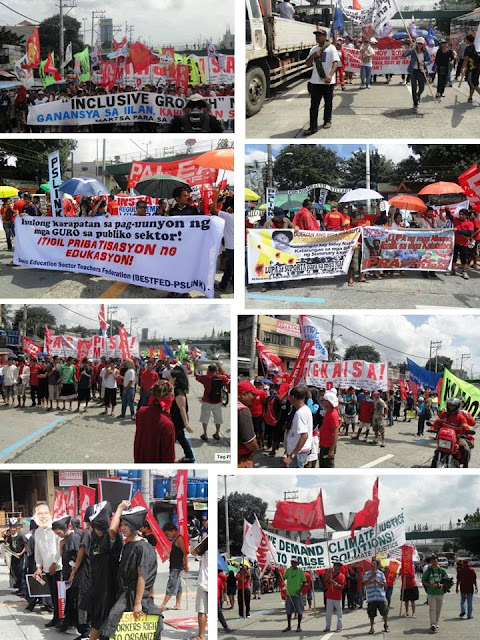 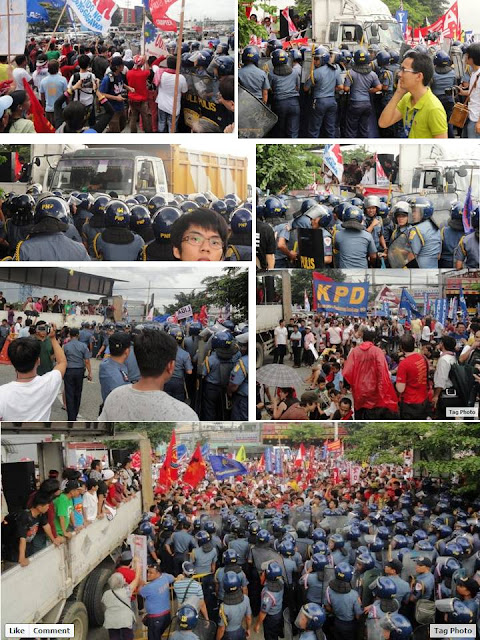 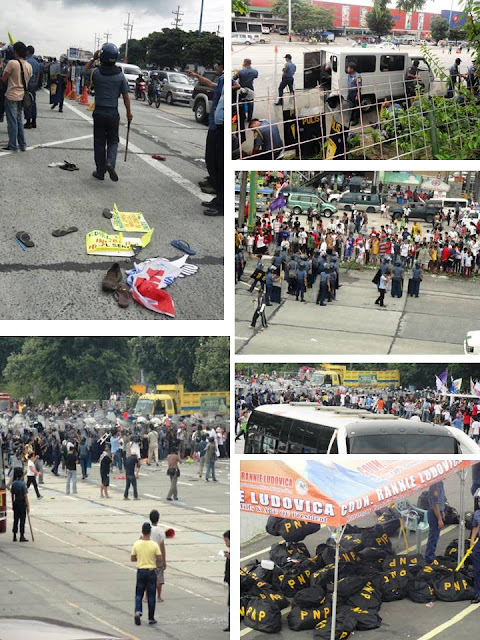