EFN Asia 28: Program of the 2013 Conference in Bangkok

The EFN Asia 2013 Conference is all set next week, Monday and Tuesday, in Bangkok. The EFN and Friedrich Naumann Foundation for Freedom (FNF) have partnered with two think tanks in Bangkok as their co-sponsors.

Here is the program. Department of Justice (DOJ) Assistant Secretary Geronimo "Indian" Sy will be the keynote speaker. ASec "Indian" is a friend since about 2001 when he was among the key debaters of the pilipinasforum@yahoogroups that I co-moderated, with lots of discussions and debates daily, from 2001 to around 2004. There was no facebook or friendster or twitter then. 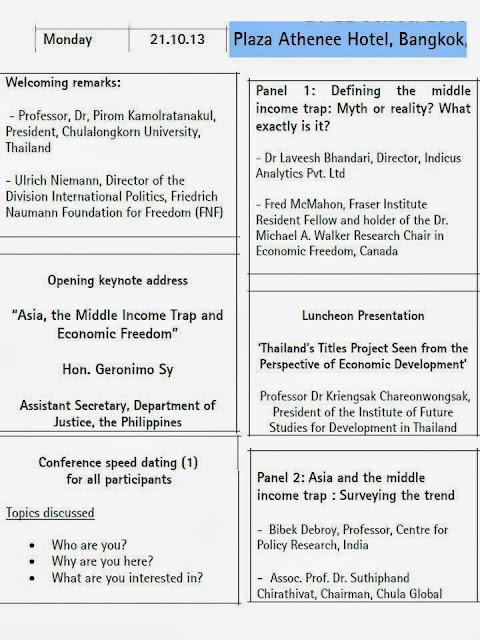 The panel discussions 2 and 3 will feature speakers from several Asian countries like India, Thailand, Philippines, S. Korea and Sri Lanka. The welcome dinner program looks interesting too, a philosophical dialogue between Lao Tzu and Confucius, wow! It may be like the Socratic dialogue in Plato's "The Republic". I will also join the short talk by EFN member think tanks and individual scholars as Minimal Government Thinkers is among the active members of EFN Asia.

Day 2, Tuesday, will be the presentation of the result of the EFW 2014 Report by the Fraser Institute. 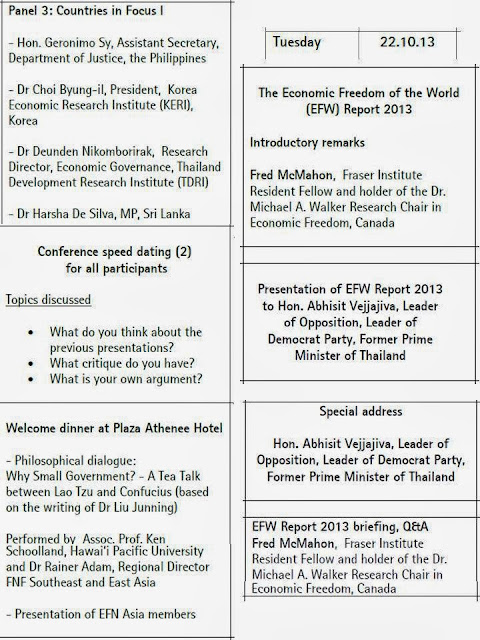 Panel discussions 4 and 5 will feature another batch of speakers from other Asian economies: Malaysia, China, India, Vietnam, Japan, Thailand, plus the US. 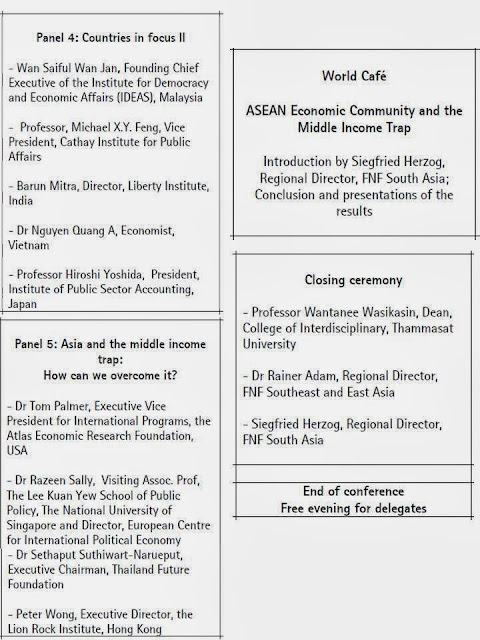 What's my role in this conference aside from the short discussion about MG Thinkers during the welcome dinner on Monday? Secret for now, but it's related with a post-conference project.

Stay tuned, I will try to blog and tweet as many panel discussions as possible this coming Monday and Tuesday.
--------------