I still have to write my reflection paper on the Reading Club Salon 2013 of the Lion Rock Institute (LRI) on "Democracy -- Past, Present and Future" held in Harbour Grand Hong Kong last October 19, 2013. It's good that good friend Barun Mitra, Founder and Director of Liberty Institute in India, sent us today his reflection paper about the event. Short and well-argued points by Barun, reposting it below. 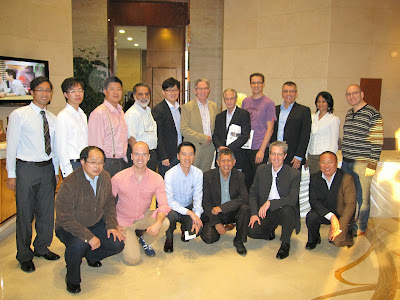 My take home points from the 2013 Salon.

The idea of democracy as the critical political institution has clearly been established. Just over two hundred years ago, the founding fathers of the United States of America, were concerned about the majoritarian aspects of democracy. The debate was encapsulated in the Federalist and Anti-Federalist papers. In the Federalist Papers, the authors underscore the need for a strong central government in order to hold the states together in a nascent country. In the Ant-Federalist paper, many leaders from the states argue the case for strengthening the lower tiers of government, so that a strong people would together strengthen the nation. Two hundred years later, James Buchanan, Nobel prize winning economist, wrote his classic text "Calculus of Consent", where he explored a whole range of ways to restrain the majoritarian threats on the one hand, and prevent capture of state agencies by vested interests on the other hand. These three books, were in the list of readings selected by for this year's salon on democracy.

A number of key points that emerged from the discussions at the salon, underscored the essential features of democratic politics.

Democracy is not about majority rule, but about recognition of and respect for minority opinions. So that the minority view of today, may enjoy the freedom to peacefully persuade others, and could become a majority opinion of tomorrow. This is why democracy requires consent of the governed, so that the diverse minorities do not feel so aggrieved as to try and revolt or secede from the rest.

For democracy to survive in large communities and countries, where only representative democracy is possible and practical, democracy has to be minimal, so that it does not offend or alienate too many people. Secondly, as societies become complex, there is a need to recognise the challenges of centralised government, and devolve greater political authority and autonomy to lower tiers of government and local communities. Because only at such community level, with shared values, can there be a realistic prospect for widest consensus on such complex issues.

Threats to democracy arise from the majoritarian perspective which is reflected in centralisation of decision making. This invariably leads to populism and patronage. Consequent spread of corruption, triggers cynicism, and undermines the legitimacy of democratic polity. Growing illegitimacy provides an incentive for demagogues and dictators to seize the levers of power by promising to solve all the ills of society. And democracy collapses in to despotism.

Democracy and markets are analogous. Democracy empowers the citizens with choices in the political domain. While markets empowers the consumers with choice in the economic domain. Adam Smith had warned about the tendency of businessmen and traders, to collude, seek special protection and privileges from the state, at the cost of the consumers. And others have warned about the special protection and privileges that many politicians seek, in the name of the public, but actually endangering the political freedoms of the citizens. This is why economic competition and open market are critical in keeping businesses focussed on delivering better goods and services in order to win the customers. So too does political competition in a vibrant democracy, ensures that politicians offer a diverse range of political options to the citizens to choose from.

In a competitive democratic environment, politicians could either be businessmen, offering the conventional political ideas and operate within the prevailing political paradigm, or they could be like entrepreneurs, offering radical ideas, in a manner that would be understood and accepted by the people, thereby shifting the centre of political discourse, itself.

Economic and political freedoms go together. All the developed and rich countries are democracies. Even the small principalities and city states, which are rich, people enjoy a very high degree of economic freedom, and share the basic elements of participatory politics, that is democracy.  On the other hand, poor and less developed countries, are much lower on the economic and political freedom scores.