The guest speaker will be Professor Anindya Mishra of India, who has written on health care for the International Policy Network (IPN) in the past.  He will present a paper, not just a powerpoint, then an open forum and sharing of ideas and observations about the issue. All participants – from China, Hong Kong, India, Mongolia, Philippines, Thailand, US, other Asian countries -- are free marketers, so it will be a fast and dynamic discussion, covering not just healthy ageing but also universal health care (UHC) policies in many Asian countries. 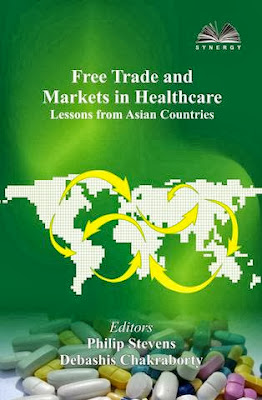 EMHN is a new policy centre or think tank designed to help emerging markets address their health challenges by exploring the potential of markets and the private sector. It is a new project of the Institute for Democracy and Economic Affairs (IDEAS, http://ideas.org.my/) in Malaysia and was created to  January this year, the network has produced this book, published in India.

GCOA is a new international coalition focused on engaging public policy discussions to help people have active and healthy ageing. It is encouraging policy dialogues in many parts of the world, as an estimated number of 450 million people worldwide will be 65 years or older just 20 years from now, a big number.

Minimal Government Thinkers, Inc. is a member of the EMHN. Our first regional meeting was held in Penang, Malaysia in early September 2012. This will be the second meeting of the network, its friends and allies. Thanks to GCOA and good friend Cathy Windells, President of The Policy Workshop, for organizing this event with EMHN partners and friends.

The event is a small group discussion and by invitation only, not open to the public.
-----------